She's a brilliant and beautiful award-winning actress. Find out how Helen McCrory learned the Birmingham accent for her role in Peaky Blinders. 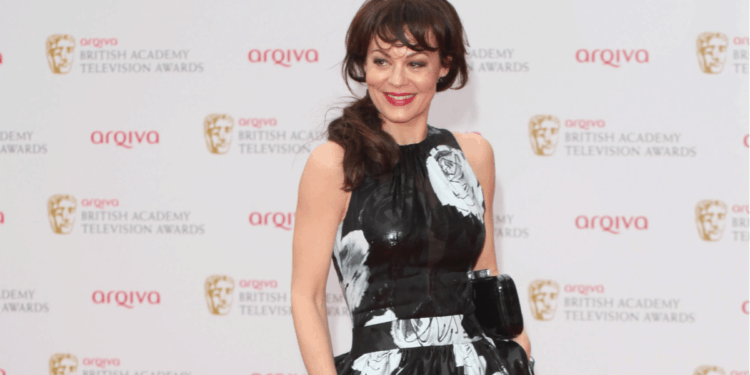 Helen McCrory, a passionate English actress, has risen into stardom steadily due to her brilliant performances. McCrory’s astonishing acting skills have made her one of Hollywood’s most famous personalities!

Whether it is about being a cunning witch-like Narcissa Malfoy in Harry Potter, or portraying a strong-willed matriarch like Aunt Polly in Peaky Blinders, Helen McCrory has set the bar high when it comes to delivering exceptional dialogues and being notoriously loved by in the Potterverse and Peaky Blinders fandom.

Even at 52, people love her as much as they did when she was younger. Given her flawless acting, she has captured the hearts of people worldwide.

Let’s dive into the journey of how Helen McCrory has catapulted to success.

Helen McCrory, an award-winning actress, was born on August 17, 1968, in Paddington, England. She has English ancestry and is very popular due to her contributions to film and drama.

McCrory did her primary education at Queenswood School, after which she enrolled in Drama Center London to pursue her dream of acting and launch a career in this field.

McCrory’s fiery passion made her hold several accolades to her name. McCrory’s debut role in drama Trelawney of the Wells as Rose Trelawney won her third prize at the National Theatre in 1993.

Helen McCrory has also found her own production company, The Public with Michael Sheen, which has produced many acts such as the Liverpool Everyman, The Ambassadors, and the Donmar.

McCrory takes her art seriously as she has been appointed OBE or Officer of the British Empire’s Order due to her numerous services to drama.

Versatility has always been McCrory’s stock-in-trade. McCrory’s most notable dramas were Charles II: The Power and The Passion as Barbara Villiers, Countess of Castlemaine, Frankenstein, Meda, Fearless as Emma Banville, The Last of the Haussmans,  In The Queen as Cherie Blair and in Joe Wright’s The Last King, for which she was nominated for the LA Television Awards.

Apart from dramas, McCrory has also starred in many notable films like Charlotte Gray, The Count of Monte Cristo, and Casanova. Helen McCrory’s most globally famous role was as Narcissa Malfoy in Harry Potter and the Half-Blood Prince. McCrory’s second most loved character was Polly Gray in Peaky Blinders, which has been airing since 2013.

McCrory holds several awards to her name. Due to her impeccable acting skills, she has won the Best Actress Award for her acting in the National Theatre’s Blood Wedding. She has also won the Ian Charleson award for classical acting for playing Rose Trelawney in Trelawney of the Wells and the Critics Circle Best Actress Award for her role as the barrister Rose Fitzgerald in North Square. Due to her extraordinary acting skills in the film Screen Two: Streetlife, the Edinburgh Film Festival honored her by saying “simply the best performance this year.”

Peaky Blinders has amassed many fans following worldwide due to the characters’ strength portrayed in the drama. It is based on the gangs of Birmingham, post World War I, who wear razor blade sewn hats, hence the name Peaky Blinders.

Helen McCrory plays a strong-willed and powerful matriarch of the Shelby family in Peaky Blinders, known as Aunt Polly. She acts as a tough pragmatist who looks after the boys and their family businesses when fighting in World War II.

The fans of Peaky Blinders have truly loved the British accent of Helen McCrory, and they were surprised to know that she sounds so different in real life. McCrory credits Ozzy Osborne, the Black Sabbath’s lead vocalist, and Birmingham’s most famous native, for her impeccable Brummie accent. She revealed in an interview that she watched endless videos of Ozzy Osbourne to learn the Birmingham city’s accent. McCrory dreaded going to Peaky Blinders’ premiere in Birmingham to fear how she might sound to the audience.

Fellow co-star, Harry Kirton has told how he saves his fellow cast members from speaking blunders – by correcting their accents. He even helped his fellow actors master the Brummie accent. Being 19 years old, he is the youngest and the only actor born in Birmingham, where the drama was set.

Kirton hilariously reiterated how people came to him to ask whether they were pronouncing the word right. He said McCrory used to go to him quite a lot for her accent issues.

Given her acting and personality, Helen McCrory is a wonder woman who remains down to earth despite her popularity. She truly gives justice to her characters and is always at the forefront of delivering exceptionally in every role she plays.

Why do Most Women feel The First Kicks When 23 Weeks Pregnant?