If you're a Jessica Brown Findlay fan, then read on to find out what you can expect from the talented actress in the Brave New World. 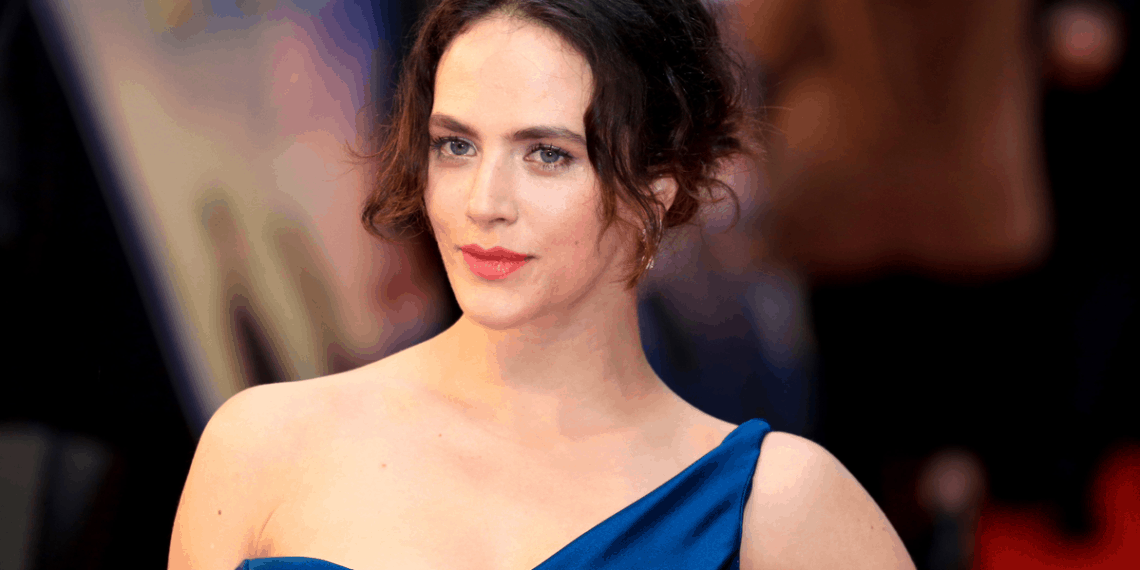 People who love watching television drama series adored watching Jessica Brown Findlay in Downtown Abbey, Misfits, and The Outcast. One hit after another, Findlay has never ceased to amaze viewers with her realistic acting and intense expressions.

Born on September 14, 1989, in Berkshire, England, Finlay was fond of theatrics from an early age and performed at Royal Opera House at the age of fifteen.

Jessica Brown Findlay likes to take up roles that portray a diverse range of emotions and this is the reason she works exclusively. Starting in 2019, she has developed quite a fan base in this short period and people look forward to her upcoming projects.

Based on the novel by Aldous Huxley, Brave New World is a sci-fi drama series that aired on a streaming site named Peacock. Premiered in 2020, this series consists of a total of 9 episodes that are scripted to make sure that you are glued to your screens. Even though the series is an adaptation of a classic novel, the characters become much more complex and expressive in the television series.

Brave New World is a story about a society that is based on artificial intelligence and a controlled environment. A world where concepts of family, privacy, history, and money are reformed and presented in a revolutionary manner. This series has an exceptional cast such as Harry Lloyd, Joseph Morgan and Alden Ehrenreich.

Findlay plays the role of Lenina Crowne, a technician that works under the ruling authority Hatchery. Her character is full of complex emotions of love, hatred, and jealousy. As expected Findlay’s acting is stellar. She brilliantly portrays her character as strong, ambitious, and unapologetically sensual.

Lenina Crowne goes against the redefined rules of the futuristic society and tries to make her own rules of love and lust.

Findlay’s character in Brave New World is undoubtedly something new and interesting.

The norms and traditions are redefined in Brave New World, the rules of love, intimacy, and privacy are changed and quite drastic. People are programmed to spend their lives in a hyper-social manner that has no boundaries or privacy.

Findlay’s character is shown to go against the rules creating a special bond of intimacy with the character of Harry Lloyd named Bernard Marx. She finds herself falling for Legion time and time again, well aware of the fact that she is going against the perception of happiness in the new world.

Lenina Crowne is a woman who is strong and ambitious. She doesn’t shy away from voicing her opinions even if she is going against power and tradition.

Jessica Brown Findlay is a technician, a vaccinator to be precise, which is an expert in her profession. Her character oozes confidence and charisma, she is unapologetically a confident woman with jumbled emotions.

Set in the utopian New London, the story continues to unveil the characteristics of all the actors and the progression they go through in all the episodes. Findlay repeatedly challenges the power and authority of Henry Lloyd and tests the level of his patience.

Even though the series is science fiction, it does revolve largely over the love and relationship realm. With numerous story plots going in hindsight, the main focus are the characters Barnard Marx, Lenina Crowne, and John the Savage. Loosely can be termed as a love triangle where newfound social constraints make them break rules.

Findley’s character embarks on the pursuit of monogamy, to connect with one person on a completely personal and sensual level. The love interest John the Savage is also in agreement with Lenina. But the character of Bernard Marx seems to get bothered by their relationship.

There are quite a few intimate scenes in Brave New World that are set perfectly in the screenplay. The intimacy feels real and the chemistry between the lead characters is just off the charts.

Lenina Crowne craves love, intimacy and monogamy; all of which are prohibited in the futuristic society. The motto that “everything belongs to everybody” goes to every extent known to man in Brave New World. Jessica Brown Findley finds herself falling hard in love, craving the love of only one man.

If you have read the novel, this series will be a great representation of all the characters you have imagined. It shows a futuristic world where all our predefined notions of love and relationship are changed and challenged constantly.

Findlay’s acting is above par as she truly submerges herself in the love of one man. The intimate scenes are full of passion and truly capture the essence of the story.

This series can be viewed on Peacock which is a streaming site that is gaining popularity in mainstream media quite rapidly.

The Story Behind Katie McGrath and Her Unique Eyes