Did you wonder why Dustin Milligan abruptly left 90210 after the first season? Learn more about what happened with his character and what he is up to now. 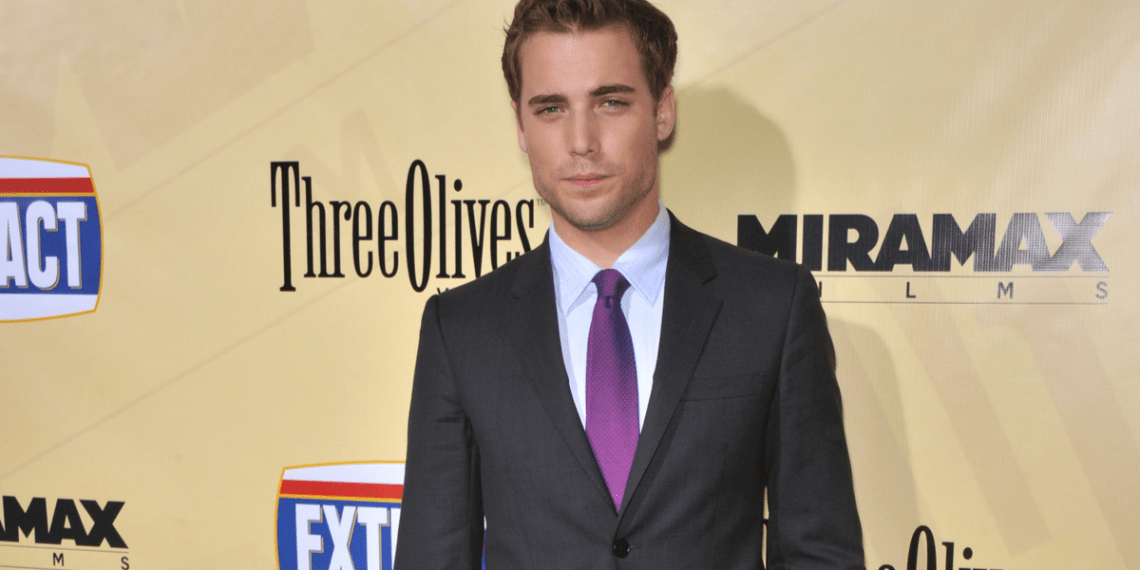 90210 is an American teen drama television series that exploded onto the screen in 2008. Produced by CBS, the popular show was a revival of the original series Beverly Hills 90210. The show was known for being subtly compelling as it presented viewers with real-life situations after high school. The show primarily catered to younger teenage audiences and starred a number of famous actors and actresses alike, including Dustin Milligan.

The young Canadian actor was cast as Ethan Ward and then left the series abruptly at the end of the first season. Here is everything we know about why Dustin Milligan left 90210 and what he is up to now.

Who is Dustin Milligan?

Dustin Wallace Milligan was born on the 28th of July, 1985, to Jean Wallace and Brian Milligan in Yellowknife, Northwest Canada. He grew up always wanting to become a skilled and reputable actor. With the support of his family and friends, he soon found himself beginning his career in 2004.

From then on, Milligan starred in a few films and TV shows. In 2008, he experienced his “big break” and landed the role of Ethan Ward in 90210. Dustin rose to fame in his career after his appearance. Even though he only appeared in the first season of the show, the talented actor was able to star in many other award-nominated movies and TV shows even after only appearing in one season of 90210.

The teen drama series featured a group of wealthy high schoolers with interwoven families and romantic relationships. They try to make their way through life while avoiding drama and trying to grab opportunities for a promising future.

In the first season, Dustin Milligan was cast as Ethan Ward, a jock and star athlete at Beverly Hills High. Ward finds himself in a relationship with Naomi until he can express how he feels towards the girl he had been attracted to over two summers ago. He later realizes a strong connection exists between himself and a girl who caused a car accident he was involved in.

Still, Ethan refuses to be in a relationship with her and instead focuses on himself. By the end of the season, he finds himself in love again. But this time he has decided to move away with his father and start fresh.

While many believed that the writers planned Dustin Milligan’s exit as Ethan Ward, others thought there was a more profound meaning and cause to his character’s write-off. Some even assumed a misunderstanding or argument led to the end of his character’s appearances at the end of only the first season.

The truth about his exit had not been clarified until recently. One of the cast members hosted a reunion, which actually led to Dustin Milligan addressing the real reason behind him only being featuring in the first season.

As it turns out, a new executive producer took over the series. The new producer intended to change Ethan Ward’s role in the show. This was very tasking for Dustin, as he struggled to adapt to his new role, which was quite different from the one that he was used to and freely acted out.

What Milligan Did Before 90210

Before 90210, Dustin Milligan was active in the entertainment industry for four years. He had been featured in numerous films and several different television shows during that time. Some of his work included Final Destination 3, The Messengers, Extract, The Dead Zone, and Supernatural. Dustin was still relatively unknown at this point, as it was just at the beginning phase of his career.

His story took a positive turn, and he gained more recognition when he got cast in 90210. Even though his exit from the teen drama series was abrupt, many believed it led to the real starting point to his successful career.

After Milligan made his way out of the teen drama series in 2009, his acting career in both television films and series took off. Dustin spent the next few years starring in hit shows like Call Me Fitz, Schitt’s Creek, and X Company. He even appeared in Demi Lovato’s 2013 music video for “Made in the USA.”

Later in 2020, he was featured in RuPaul’s Secret Celebrity Drag Race. He played himself and the alter ego Rachel McAdamsapple, where he won the contest. Milligan has also continued to act in many movies, mostly small indie comedies or mysteries.

His last film was A Simple Favor, in 2018. Since then, he has focused primarily on tv series.

Dustin has been in a committed long-term relationship with girlfriend Amanda Crews since 2010. By the end of 2020, he had been featured in a total of thirty-six movies and twenty different television shows. He currently maintains a net worth of about 2 million dollars.

As an advocate that raises money for charity, the talented actor managed to win $20,000 for Project HEAL, which focuses on treatments for eating disorders. While the pandemic might slow the film industry down a bit, we are sure that Dustin Milligan’s career will keep being successful.

Although Dustin left after the first season of his big breakout show, it didn’t stop him from leading a very successful career. 90210 was only the start of his fame. Viewers fell in love with his talent and eagerly followed along through the years. While the pandemic might slow the film industry down a bit, we are sure that we will be seeing Dustin Milligan back on screen shortly.

What Made Tiger Mist Go From a Garage to Mainstream?