Take a deeper look into the relationship between Maria Cuomo Cole and Kenneth Cole. 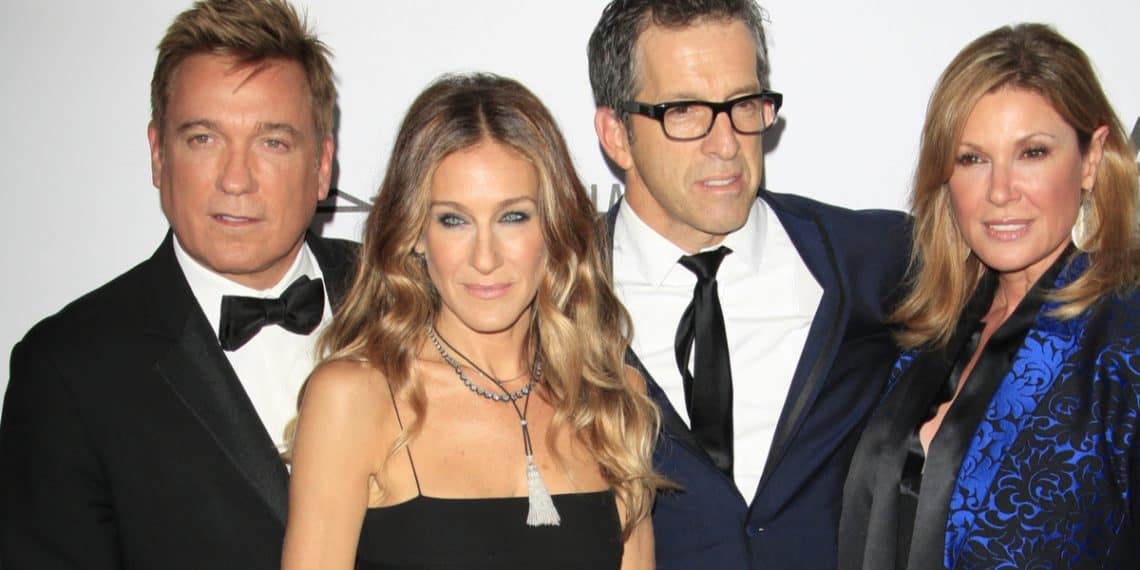 Fashion designer meets film producer from an illustrious political family. They fall in love, they get married. That’s the modern fairytale romance, folks.

I’m talking about Mario Cuomo Cole and Kenneth Cole. Iconic couple. Fashion and film collide – what could be better?

Maria Cuomo comes from a political family that I’m sure you’ve heard of before. The Cuomos are practically New York royalty. You love em, or ya hate em, but you definitely know about them.

Maria is the daughter of former Governor of New York, Mario Cuomo, as well as sister to current Governor Andrew Cuomo and CNN Journalist Chris Cuomo. She, herself, is a film producer that has won two Emmys for her work, establishing her as a hard hitter when it comes to social impact films.

Kenneth Cole founded his namesake brand in 1982. Since then, Kenneth Cole, has been a household name for delivering top quality shoes, clothing, and accessories.

His company went public in 1994 and has remained a fixture in your local mall since then, I’m sure.

Cole’s story is that more engaging to the public, knowing that he went through all of those years of growing his business and having a partner to enjoy the journey with him since the beginning.

The couple met in 1986 and were married a year later, in 1987. They have three daughters together: Emily, Catie, and Amanda Cole.

The two have always made New York their home base, as can be expected. They’re both born and bred New Yorkers, you can’t just leave the city!

There also is so much love between both families. The Cuomo and Cole family clearly have strong bonds, there is no love lost between fashion and politics.

A partnership where your family gets along is a keeper.

The Values that Keep Us Together

Any good relationship is built upon a foundation of values and respect. Cuomo and Cole both have a deep sense of advocacy and a desire to progress society forward through their respective work.

Pictured above is Maria Cuomo Cole supporting her husband in his launch of a campaign that defined the brand Kenneth Cole for being inclusive and diverse when it was not popular to do so.

The Kenneth Cole brand is known as being the first in the fashion industry to support AIDS awareness and research.

Cuomo Cole, in her own right, has been a pioneer for progressive values. Her production company focuses on documentaries that tackle issues facing our society, such as sexual assault and gun violence.

This couple has positively influenced and affected so many people throughout their personal endeavors.

It is amazing to know they have had such a successful union and remained champions for each other through their personal journeys.