From her passion to talent, Emily Browning is beloved in The American Gods. 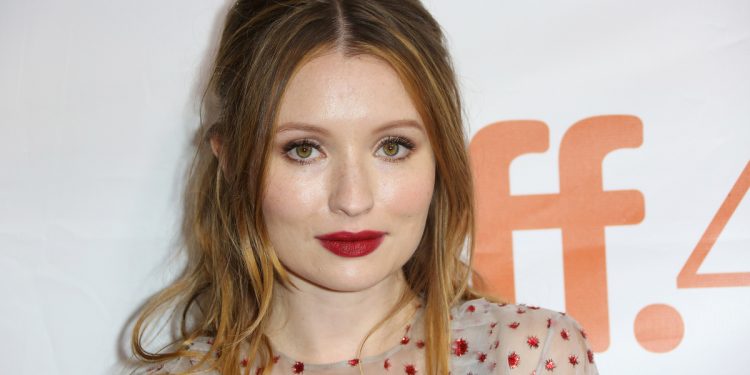 For most actors, having a character die in the very first episode can spell doom for their career. But Emily Browning was actually thrilled with the role she was given. She loved every single time she got inside her Laura Moon persona and started acting her out onscreen.

Every actor or actress is passionate about their respective role, but none are as passionate as Emily Browning. Her enthusiasm for playing the role of what is probably the most morally-wrong character in the show can only be described as surprising and respectable. Contradicting that statement simply means you just haven’t seen Browning in action.

Most actors wouldn’t actually look forward to playing a character that is supposed to be hated by the audience. Yet, it was the charm of the “most hated” role that actually enticed Emily into playing Laura in the first place. Naturally, there’s an interesting story behind that excitement to be the bad gal of the show.

2.Talent Shines Through in Each Scene

You can clearly see Emily Browning’s true talent shine through whenever she comes onscreen. Although this is the first role of this kind that Browning decided to pick up, her wonderfully put-together acting skills are apparent in American Gods. She basically takes over the scene, in a way.

One fascinating factor is that Browning never even read the book when she went diving headfirst into her character. However, Emily managed to embrace her role, and all of the show’s fans agree that her delivery of the character as a whole was nothing short of absolutely flawless.

When asked what trait most attracted her to the character, Emily Browning has said that being “nice” is boring, and being described as “nice” – rather than by a similar adjective, such as kind – is actually surprisingly close to an insult and so, she has decided that playing only “nice” characters wasn’t fully her cup of tea. This caused her to look at the role of Laura Moon and figure out that, yes, that role would fit her like a glove.

Trying something new can definitely be rather intimidating. Still, Browning has most definitely managed to pull it off rather well, if the show’s rating is anything to go by. Surprisingly enough, Emily should have actually run away to the Farlands when she saw Laura Moon’s character on paper – a motivated-by-love wife under the wings of an epic supernatural show.

All of those characteristics of Laura Moon’s overall character happen to be 3 major red flags when it comes to any kind of character – especially in Browning’s eyes. Yet, she has chosen to take the role, and, boy, did she play it well.

Playing the role of a constantly decaying young lady is certainly no easy feat to pull off. This is especially true when such roles aren’t the most common kind in your industry. Yet Browning has managed to bring a gold-plated performance to the screens regardless of her role’s rather ridiculous difficulty.

Since Browning’s character dies very early in the show, not much is actually established about her before death – and so Browning had to take that grave fact into consideration. Even then, however, Browning has managed to give us an eye-widening performance on the screen and has, indeed, brought a brand new character to life – which is very much impressive, to say the least.

Emily Browning is a little more than just”fascinated with death. In fact, she’s downright obsessed with it. In a way, her fascination is comparable to the Victorians back in the olden days.

Surprisingly enough, the showrunner and co-creator of the American Gods show also happens to have a rather morbid fascination. So the two of them got along right away.

A fascination with death is not essentially a likable or unlikeable personal trait. But, it certainly does become a huge positive when you are to be thrown in the middle of a role about a dead wife coming back to life and causing havoc wherever she goes.

When she was first introduced to the role of Laura Moon, Emily couldn’t help but be skeptical about the character as a whole. Playing “wife” was never one of her favorite things to do, regardless of the situation the role was in. For Browning, playing more active characters is what keeps her going. Deciding whether or not to pick up the role of Laura Moon was probably one of the harder choices for her to make.

In the end, however, she has decided to go against her previous beliefs. She picked up Laura Moon’s character as her role in American Gods which may have been the best decision of her life.

7. A Character Everyone Loved to Hate

Laura Moon is the type of person most people love to hate and hate to love. Still, such extreme emotional biases can only be achieved by a combination of a good character and good acting. Although very skeptical about the nature of her character, quickly skimming through the source material (a.k.a the wonderful book on which the show was based) made her love her character, which aided her incredible overall acting capabilities.

At the end of the day, being a professional actress is hard. When it comes to playing a badass character, Emily Browning pulls it off like no other. There is indeed something to be admired in that fact.

A Step Forward for Asian Representation in Hollywood

How Round Should Your Tummy Be at 26 Weeks Pregnant?