All the inspiring movies you should be watching this year. 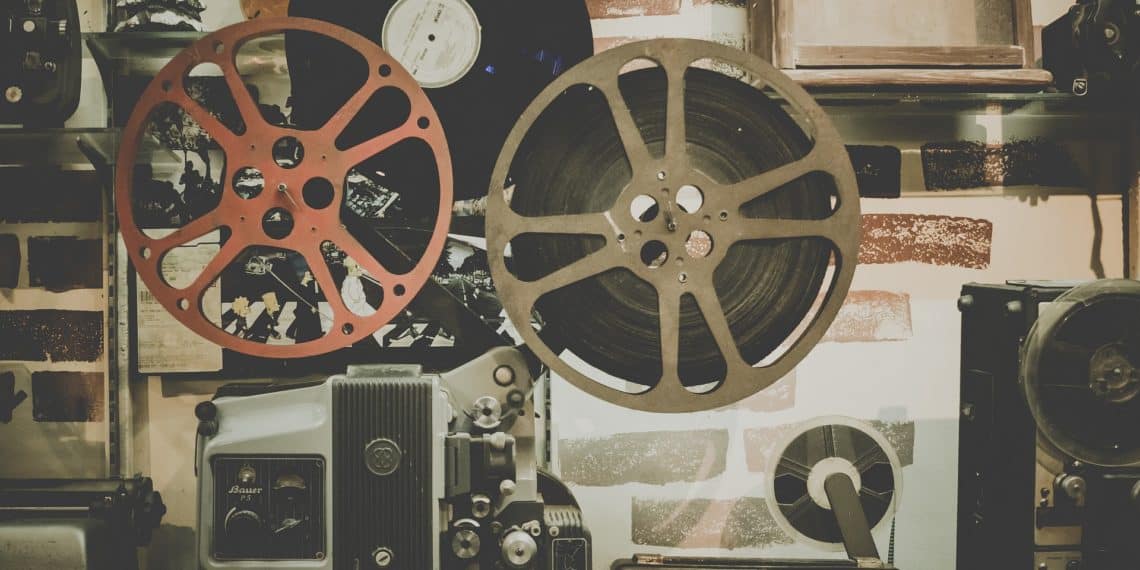 There are so many inspiring movies released every year that fall under the radar of mainstream media. Probably because Marvel, DC, or a typical rom-com is stealing the spotlight.

Now, we’re definitely not bashing the films that hit theaters and make millions in the first weekend. We just want to cast a little light onto the impactful indie movies of 2019- because they need a little attention too.

Here are some of our favorite inspiring movies from 2019.

This inspiring movie is one that will resonate with every woman everywhere…except for the fact that the main character has supernatural powers.

But, underneath all that magical cinematic fluff, it’s a story about a woman mending a broken relationship with her mother and her daughter. And, ultimately discovering that she had the power she needed inside of her all along…and not the supernatural ones.

2. Fighting With My Family

This inspiring film is all about girl power and showing the world what you’ve got. The main character Paige enters a competitive training program for the WWE and begins to discover herself throughout the difficult process.

The journey teaches her to embrace her differences and use them to her advantage, which is something every NYGal should do.

Elizabeth Moss paints the self-destructive character of Becky too damn well! And, though this may not seem like an “inspiring” movie…it totally is!

This crazy destructive psycho character of a musician brings a whole new meaning to selfishness and doing what you want. In a world where women are constantly trying to please others- Becky shows us that living for yourself can be kind of fun…if it’s not too drastic.

The Last Black Man in San Francisco is a film full of hope, history, and passion. It tells the story of two best friends who are trying to reclaim a house that was built by one of their grandfathers.

As their journey unfolds their friendship is put on the line as they struggle with their own emotions, as well as the matters of the house. In the end, like these two characters, all we want is a place to call home. And, this inspiring movie does a fantastic job of embodying the spirit of home.

This inspiring plot brings two estranged sisters together when their mother passes away unexpectedly. The sisters are forced to work together in order to pay their mother’s mortgage.

This film is ultimately about family coming together and helping each other. It is an inspiring film and will resonate with anyone who has that sibling that may not call as often as they should.

This is not your average young girl falls in love with an older male tale. It is so much more than that!

In this hopeful film, we study the toxic romance of Julie and Anthony. Although we watch Julie struggle emotionally throughout the movie, we are reminded that red-flagged relationships are not forever and we have the choice whether to stay or leave.

Wild Rose is an inspiring movie, unlike one you have ever seen. It follows a woman recently released from prison determined to fulfill her dreams of becoming a country music star…while also working and taking care of her two children.

This passionate dreamer fits right into the NYGal mindset- chasing her dreams while hustling nonstop. We can’t help but love the quirky character of Rose. And, we promise you’ll be rooting for her the whole time.

This inspiring film is a huge part of history we can’t believe we haven’t seen yet. It introduces the audience to never-before-seen footage and unheard audio tracks surrounding the Apollo 11 space mission which included Neil Armstrong, Buzz Aldrin, and Michael Collins.

While watching this film, we are filled with the hope and passion of these NASA men who had a dream of going to the moon…and actually did it!

We all have that friend that is newly single and exploring the dating scene. And, that’s just what this film is about.

It gives us all hope that we can rediscover ourselves, create intimate connections with new people, and go on living after a horrible breakup. We all need this reminder…especially in the harsh NYC dating scene.

This impactful movie brings us back to when the Nazis occupied France. The historical setting for this film really does a great job of heightening the romantic plot it centers around.

The characters in this film learn to start new lives during wartime and create powerful connections with each other. It sends the message that it is never too late to start over. And, that’s a message we all need to remember.

11. Under The Silver Lake

This LA-based film is full of crazy quirks that mainstream cinema just isn’t designed for. The movie follows Sam who is on a mission to find a woman who disappeared.

Along his journey Sam discovers the conspiracies and scandals LA has to offer. His hopeful drive is one that we admire. And, the whole enchantment and whimsy of this film makes it a total must-watch.