Laughter is the best medicine and it burns calories 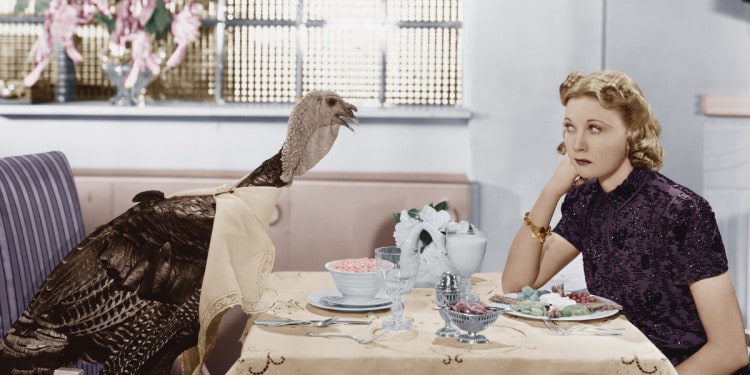 Female comedies are the perfect remedy to all of your life’s many woes… Studies have revealed that our sense of identity is strongly informed by movies and narratives. It’s only recently that Hollywood has taken note of the lack of female writers, directors, and producers at the helm in film. It is widely held that women make up the majority of consumers of movies. Logically, it only makes sense that stories should cater to women. Lately, we are seeing stronger and more three dimensional women depicted in film. However, the road to success is a long one.

As any actor or writer will tell you: the only thing more challenging than drama is comedy. Not to mention being upstaged by a dog.

Below are 21 female comedies featuring some truly funny and talented ladies. You’ll be proud and winded from a good belly laugh.

Ghost World is a lesser known female comedy starring a young Scarlett Johansson. Two girls during the summer after high school graduation, have little aspirations other than to live together in an unnamed town and get menial jobs. Things take a turn when girl Enid takes an interest in the romantic life of an older man played by Steve Buscemi. This movie is a dry humored, cult teen classic.

Who were our mothers before they became mothers? Grab your crown and spruce-up that bloody Mary. Mother-daughter relationships are heavy, but this female comedy is a swampy, southern hoot. Based on the best selling novel by Rebecca Wells, Divine Secrets of the Ya-Ya Sisterhood . When Siddalee (Sandra Bullock) a successful, engaged woman living in New York city, is interviewed on her latest play, she spills some major tea about her childhood and mother “Vivi” (Ashley Judd). Vivi with her band of childhood friends ( now senior gals) “the Ya-Yas”, makes Southern belle Blanche Dubois look rather bland Siddalee is kidnapped from NY by the Ya-Yas and is brought back to her roots in a sleepy Louisiana town. Then, the Ya-Yas take Siddalee down memory lane and help shed light onto her mother’s troubled marriage and alcoholism. This is truly a great movie and now a Broadway production.

Isn’t it Romantic is a farce on every rom-com and female comedy that you can recall being fed growing up. Rebel Wilson stars as our funny leading lady and Liam Hemsworth plays her dim-witted man candy. There is a music number. This movie is a lot of fun, especially on an airplane.

Mila Kunis and Kate McKinnon slay in this new kind of spy thriller, The Spy Who Dumped Me. Two best friends embark on espionage and pure hilarity all in the name of ex-boyfriends.

9 to 5 is an absolute female comedy classic! Props, if you can get the title song “9 to 5” by Dolly Parton out of your head. Dolly Parton, Jane Fonda, and Lilly Tomlin play three secretaries who decide to usurp the office from a sexist boss.

Personally, they don’t make female comedies like this anymore. Troop Beverly Hills is the story of a girl scout troop in Beverly Hills, California. Shelley Long is comedic gold as their troop leader. This troop prefers camping in five star hotels to the outdoors and awards patches in shopping versus map reading. ( I mean it’s about time we recognize true life skills.) This movie will remind you that being a woman is its own badge of honor. Do not skip this one from the list!

“You’re just a dumb virgin who can’t drive.” Need I say more? I mean “As if” you’ve never seen Clueless.

Possibly, one of Emma Stone’s best. Easy A references and plays on the themes in Nathanial Hawthorne’s novel The Scarlet Letter (1850). ( The worst book of all time next to Hemingway’s The Old Man and the Sea.) Emma Stone’s character embraces her unjust ostracizing by her classmates of bigots and zealots, like Amanda Byne’s abstinence touting character. She fashions an “A” to her fab new wardrobe of Victoria Secret corsets, pairs with some pearls and some too cool for school shades.

Everyone’s favorite attorney, Elle Woods, played by Reese Witherspoon. Elle taught us things like Harvard are as easy as winning bathing suit contests. So always remember you got this. Women are killing it. Enjoy genuine female empowerment inverted in this classic female comedy. Laughing burns calories.

Tina Fey’s Mean Girls was a cult classic and is now a Broadway smash. Lindsey Lohan plays a rather sheltered kid who was transferred from the jungles of Africa and home school to the jungles of high school and girl code. Regina George plays everyone’s most hated mean girl. Plenty of great writing and one liners from this female comedy favorite.

House Bunny is seriously an underrated female comedy. Anna Faris is a comedy queen as a drifter turned college sorority house mom. Emma Stone plays one of her nerdy charters in need of some social capitol and skills in flirting.

So far, one of the only good things to come out of 2020 is female comedy, Like a Boss. Actresses Tiffany Haddish, Rose Bryne, and Selma Hayek slay in this working woman trifecta.

“Nothing you can say, can take me away from my god,” sings Whoopie Goldberg as she infiltrates and revamps a convent of nuns. What could be a better screenplay idea? HILARIOUS and there’s a sequel to Sister Act.

It’s almost too close to reality. For anyone who has ever worked as an assistant, this film honors your struggle. A masterful performance by Meryl Streep as the Anna Wintour-esque EOC of Vogue and stellar comedy by her competing assistants played by Anne Hathaway and Emily Blunt ( who are real-life friends). Devil Wears Prada is an absolute must see.

Bridget Jone’s Diary is my favorite Holiday movie and a top female comedy, clearly… Bridget Jones played by Renee Zellweger is a thirty something spinster who smokes, drinks, and swears too much. ( Don’t we all.) However, with a turn of events and some holiday curry, British man candy Hugh Grant and Colin Firth vie for her attention. There are two follow-up films to Bridget Jones’ Diary.

When in doubt at your ten year reunion, tell people that you invented post-its. Wear something with fur and polyester and watch Romy and Michelle’s High School Reunion.

Why J-Lo did not receive an Oscar for Hustlers? The world will never know. Based on real-life events following the 2008 recession, Hustler’s is a must-see. Cardi B also has her acting debut.

Sandra Bullock plays an FBI agent who infiltrates the annual Miss United States pageant as a matter of national security with threats of terrorism and bombs. Comically representing The Garden State, Miss Jersey or Gracie Hart is primed by her appointed seasoned coach, Victor Melon, played by the wonderful Michael Caine. After Miss Congeniality, we all know some basic self-defense thanks to the talent portion of the competition. ” Solar Plexus, Instep, Nose, and Groin (SING).”

Ellen Page brought a new kind of heroine to the big screen. Sixteen-year-old Juno is smart, wry, and prematurely dysfunctional. Juno like her namesake the Roman goddess is assertive and is coming to grips with her own power and autonomy despite being a teen. When she is knocked-up by a waif/ soft-spoken Michael Sera and his revealing running shorts, she does what few adults could muster. She decides to put her baby up for adoption. It’s a wild ride of hamburger phones, pee sticks, and big Slurpee cups for Juno. Allison Janney has some great moments as Juno’s stepmom. This is a great female comedy and you will likely experience some nostalgia for your earlier years.

The wedding dress street scene is really all we need to say… Bridesmaids is possibly one of the funniest movies ever. We need another female comedy from the comedy gold mine of Kristen Wiig. The cast was well-stocked with comedy legends like Melissa McCarthy, Maya Rudolph, Ellie Kemper, Rebel Wilson, Jon Hamm, and Chris O’Dowd.

Saving Private Benjamin is a movie every woman should see. Goldie Hawn plays Judy Benjamin a 28-year-old Jewish woman who lives a privileged life. When her husband dies on their wedding night during sex, Judy abandons her conditioning to marry a professional man. Instead, she enlists in the US army. ( It’s hilarious.) Judy’s character is a kind of feminist icon in that she goes against the prince charming myth and rescues herself. Above is perhaps one of the best scenes in film, personally. Also, Eileen Brennan as the Sargent in this is sensational.