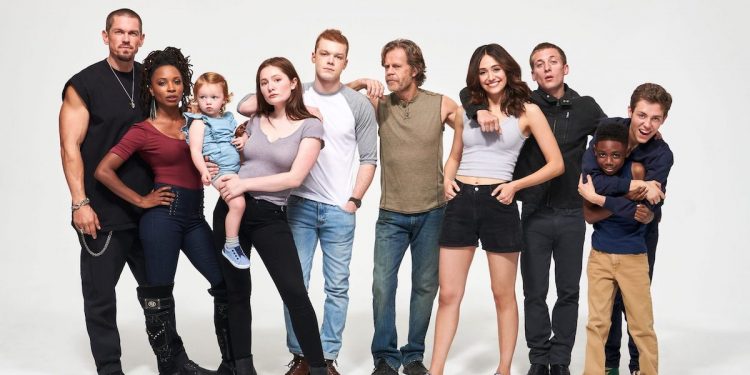 It is no wonder Shameless has been airing for almost a decade. It has a heartwarming yet honest depiction of a poor family with a history of addiction issues. You will hate the Gallagher family almost as much as you love them. This is especially true of protagonist, and oldest Gallagher child, Fiona, played by Emmy Rossum. Fiona from Shameless is a character that oozes independence and strength. She acts as the matriarch of the family, leading them through good and bad times. Of all the reasons to love Shameless, Fiona is the biggest one. She is a badass role model and and interesting character to watch. This is one of the best TV shows to watch and we have all the scoop on everything you need to know about Fiona.

Both her parents, Monica and Frank, are addicts. Though the addiction mostly centers on alcoholism, both parents go on benders using a variety of drugs. Frank is almost never shown sober throughout the series. He is known for getting drunk at the local bar, The Alibi, then passing out on the front yard (if he even makes it home). Frank also goes in and out of living with his kids and living elsewhere. This usually leaves Fiona to fend for everyone else. Monica, on the other hand, while also an addict, like Frank, also has a variety of other problems. Most notably she suffers being bipolar leading her into manic episodes. She is also an absentee mother who left when Fiona was a teenager. She often goes long stretches of time without contacting her kids.

She Grew Up Too Fast

Being the oldest of six siblings with two addict parents, lead to Fiona taking charge from a young age. She left high school at fifteen when her mom abandoned the family. All her life she learned to be scrappy to take care of herself and others. She, more or less, raised her five younger siblings on her own, starting when she herself was a child. Fiona has seen the worst parts of the world and she has grown from her experiences.

Part of taking care of her siblings is Fiona’s ability to empathize with them. Though she almost never lets down her guard, she is always there if her siblings need her. For example, after their mother tried to kill herself, the youngest siblings curled up in Fiona’s bed to sleep. Her siblings are her soft spot, and her love for them is endless. The only times she steps away from her hardened shell is when it is for them.

While she is caring with her siblings, she will fight anyone who opposes her family. Whether it be negotiating with drug dealers or her siblings bullies, Fiona will face anything. She has traded a marijuana plant to save her baby brother, she has helped steal cars. Nothing scares her. She grew up with to alcoholics in the projects, so most dangerous things seem trivial. If there is something she wants, nothing and no one can scare her away.

Frank, Fiona’s dad, deals out a lot of bullsh*t, so Fiona knows how to call someones bluff. She is a direct no bullsh*t kind of person. At his best Frank usually comes home drunk, at his worst, he uses his children’s information to buy things and put them in financial debt. So growing up with a guy like Frank, taught Fiona how to circumvent the crazy things people try to push her way. She doesn’t like liars or people going behind her back. Her self respect comes through in her ability to call people out, whatever the problem be.

Although she didn’t finish high school (she does eventually go back to school in the series) from the very first episode Fiona from Shameless is smart. She knows how to make money and save money. Raising her siblings means doing budgeting for a household of six, seven if Frank is around. She works multiple jobs while cooking and cleaning for her kids, while making sure they stay in school. Although her formal education is lacking, she is a quick thinker and gets her family out of most of their problems.

As it might be clear from earlier points, family is everything to Fiona. And that includes the problematic parts of her family, such as her parents. Even when Frank is being awful and Monica disappears, she still loved them. To be a part of the Gallagher family is to be loved by Fiona. She would through anyone under the bus to protect the people she cares about. Because in the end Shameless is a show about family.