Everything you need to know about the Sweet Magnolias actress 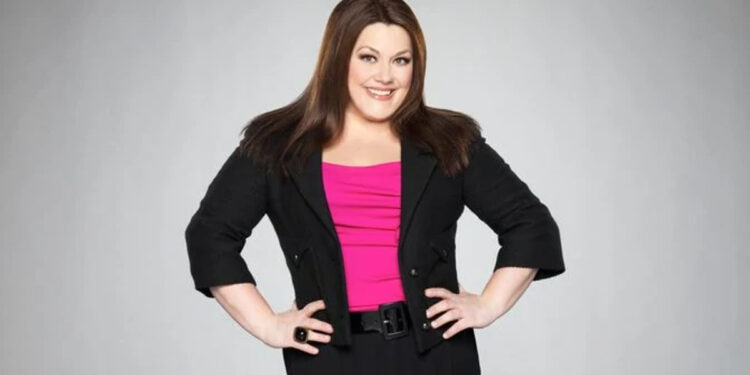 Brooke Elliott is a beautiful and talented American actress and singer. She is best known for her spectacular roles in the television shows Drop Dead Diva and Sweet Magnolias. The latter was recently renewed for a third season much to the delight of its fans. Many fans love her for her characters in these shows. However, there is so much more to this accomplished thespian than just her roles. Here are six interesting sides to this skilled actress that you might not have known about.

Brooke Elliott was born in November of the year 1974. She was born in Fridley, Minnesota. Her parents were Robert and Kathleen. She was incredibly close with her mother. Robert, her father, was a city manager. Elliott also has a brother and a sister named Adam and Jamie respectively. Her family moved around a lot when she was young. Throughout her young life, Brooke Elliott lived in Minnesota, Missouri, Oklahoma, Illinois, and Michigan.

In Michigan, Elliott attended Gabriel Richard Catholic High School. While attending this school she participated in the drama department. She would act in two shows: Richard III and Joeseph and the Amazing Technicolor Dreamcoat. In 1993, Brooke Elliott graduated from this high school.

After graduating high school, Brooke attended college. She went to Western Michigan University. In 1998 she would graduate from this school. Brooke Elliott graduated with a Bachelor of Fine Arts degree in Musical Theatre Performance.

Something a lot of fans might not know is that Brooke Elliott was on Broadway before she acted on television. A year after graduating from college, in 1999, Brooke worked for a theater company called Babes with Blades. She worked with them for ten weeks. This Chicago-based company focused on stage combat. She did scenes for them from popular shows like Heathers, Robin Hood: Prince of Thieves, and The Miracle Worker.

She left this company for the opportunity to be in Beauty and the Beast. Brooke Elliott was the Sugar Bowl in the United States touring version of this show. Later, she would also appear in the Wicked cast for the North American tour of this show. (Fun fact, Adam Lambert was in this cast with her!)

After these tours, Elliott got her first official role on Broadway. Brooke Elliott would act in Taboo with Boy George. After this show closed, she would play Majella in The Pirate Queen. This particular show started in Chicago but was moved to Broadway in 2007.

Her Film And TV Career

In 2000, Brooke Elliott appeared in the movie What Women Want. This movie starred Mel Gibson and Helen Hunt. She was also in an episode of Law and Order: Trial by Jury. In 2009, Brooke Elliott was cast as the leading lady, Jane Bingum, in Drop Dead Diva. This popular show focuses on a lawyer who is possessed by the soul of a dead fashion model. It’s funny, it’s dramatic, and it’s a very demanding role. However, Brooke Elliott sold the character to fans immediately. Many love this show specifically because of Brooke Elliott’s performance.

In 2019, Brooke was cast as Dana Sue Sullivan in the Netflix show Sweet Magnolias. This show was an instant hit with fans. This dramatic romance series centers around three women (Brooke and two others) and their journey through life.

Brooke Elliott does not often talk about her personal life in interviews, which is completely understandable. One thing she does talk about is that she really loves music. She has been very open about her love for Lady Gaga. Elliott says that she is a huge fan of the musician and thinks she is a brilliant artist. She has also said she listens to Carrie Underwood a lot.

Finally, she absolutely adores the famous Barbra Streisand (and really, who can blame her). She has loved Barbra Streisand since she was a young girl. When she was young, Brooke would say she wanted to be the next Barbra Streisand before falling in love with acting in general. Brooke Elliott claims she was starstruck by the famous singer every single time she saw her.

Brooke Elliott has been very positive about physical and mental health throughout the years. Many refer to her as a plus-sized actress. In interviews when hearing this she points out that many American women have the same body type as she does and she loves that she can represent them on screen. She has also said that the best advice she has ever gotten was to trust herself. Because of this, Brooke Elliott has told fans to trust themselves and what they know.

On top of being a talented actress, Brooke Elliott is an inspiration for her fans. She has led an interesting life with a varied acting career. Elliott is also seemingly very relatable in her love for music and aspirations to be like her role models. On top of all of that, Brooke Elliott sets a really positive example for loving yourself and listening to yourself.