Embrace your inner confidence and beauty to get a flawless skin! 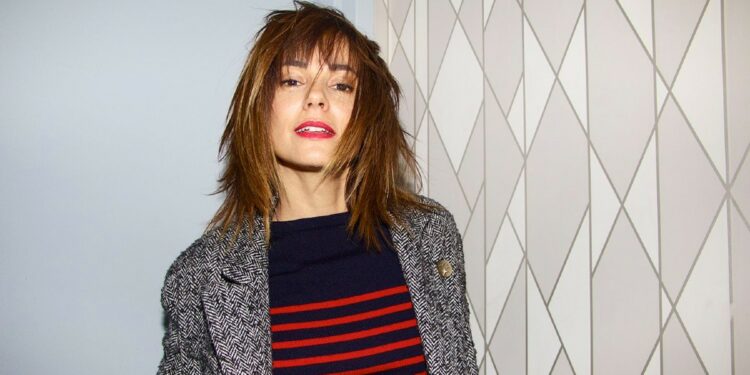 French actress Stephanie Szostak stole the limelight of the popular show A Million Little Things on A.B.C. by playing the character of Delilah. Apart from her memorable acting skills and superb character portrayal, the viewers also noted her exceptional beauty. Her forty-above actual age was hardly understandable. This led her to answer the inevitable question about her beauty and skincare secrets!

Stephanie happily confided and revealed the truth about her exclusive skincare routine that led to such an ageless beauty. She said that she never uses conventional water and soap to wash her face. It’s always done with makeup wipes or cleansing milk. The Satisfaction star is an avid user of Lancôme’s Bi-Facil makeup remover.

Stephanie Szostak considers her mother as the primary guide in her life who taught her the actual method of putting on makeup. The principal approach behind that style is minimalism. She reminisces about her twenties, when she used to wear cheek cream or lipstick on lips, cheeks, and even on eyelids. It was much unlike other girls who wore foundation.

Stephanie Szostak uses a variety of essential oils of Saje before sleeping at night. Located in Canada, she is the founder of Saje. Her skin has melasma, for which she uses Bright Skin Licorice Root Exfoliating peel. She is a loyal user of Caudalie and loves using Premier Cru products too. Among the makeup brands, Szostak prefers using Guerlain’s Terracotta, Murad, and Caudalie. While working on Satisfaction, the actress was introduced to these brands. It opened a new world for her.

Szostak says that she never takes it too hard and balances both personal and professional life well. Her new motherhood made her feel lost at times. But, it too developed her to be a stronger woman and a supporting mother. Her beauty secret far foregoes makeup and cosmetic techniques.

As she ages, Stephanie’s skincare routine has undergone some transformations. The Dinner for Schmucks actress has now started using anti-wrinkle creams and eye creams. Her bedtime skincare routine is more intense now. Stephanie’s pregnancy gave her melasma, for which she needs to be extra careful. As she began her career as a Chanel model, knowing about beauty products was no big deal for her.

The thumb rule secret of her skincare routine never skipped the conventional idea of cleansing, moisturizing, and using sunscreen. But Stephanie believes that inner self-confidence is the ultimate player to make you look beautiful. Accept who you are as you are, and that reflects in everything you do!

Stephanie Szostak urges her fans to explore what their heart desires. Listen to your heart and leave and negate what does not uplift you. Resentment and criticism are only needed when it helps you to grow from within, otherwise, shed it off. Self-acceptance is the key to success and inner beauty. Stephanie Szostak religiously practices meditation and tries to get eight to nine hours of undisturbed sleep every day. She tames her frizzy, coarse hair by applying oil on it generously. She understands that the best approach to beauty needs to be natural.

Stephanie has maintained her skin so well from an early age that she manages to do a photoshoot without any makeup and can still look stunning. She has confidently overcome body shaming because of her undersized chest and presents herself as she is, with no hesitation or grudge. This level of self-confidence provides her with an inner glow that beats the effects of any beauty product.

The R.I.P.D. actress proudly owns a glamorous body naturally, without any involvement of the knives and surgeries. As she believes in the natural beauty approach, she maintains her own life and career path. Stephanie is more interested in the inculcation of inner beauty and firmly believes that you can forego makeup easily if you are happy and satisfied from within.

Cosmetics are superficial. But Stephanie Szostak desires to delve deeper into beautifying her inner self. This approach keeps her skin flawless and young forever.

Working Out But Not Losing Weight? Here’s Probably Where You Are Going Wrong!

Six Different Ways To Style Your White Converse This Year