Does the apple fall far from the tree? 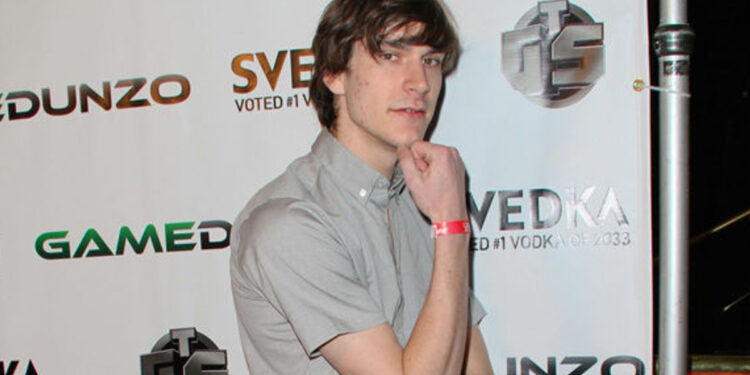 When you hear the Hefner name it is not likely that you would immediately think of Marston Hefner. The famous last name is often associated with Marston’s father, Hugh Hefner. It is well known that Hugh Hefner was the founder and editor in chief of Playboy magazine.

This men’s lifestyle magazine and its founder are well known, but who is his second to last son, Marston Hefner? What was his relationship like with his father? What does he do for a living? Here is everything you need to know about Marston Hefner from his childhood to the serious domestic violence charges against him.

Marston Hefner was born on April 9th in the year 1990. He was born in Los Angeles, California. When he was born, his father, Hugh Hefner, was married to his mother, Kimberly Conrad. His mother was a Playboy Playmate of the year. His parents were married to each other for twenty-one years. However, they were separated after nine years together before eventually divorcing. His parents had one other boy together after Marston Hefner. This was Cooper, the youngest sibling. Marston also had two older half-siblings.

He spent the first eight years of his life being raised in the Playboy mansion. His mother then decided to move him into a building that was next to the mansion. This was done in an attempt to protect her children from the life of the mansion. He has said in past interviews that growing up so close to the Playboy life was weird for him. Seeing naked people all the time was something he accepted as normal. Marston Hefner said it was the lifestyle of growing up in Hugh Hefner’s shadow. It was definitely not the normal life for a kid to have.

Not much is known about Marston’s education. One part of his education that is known is that he worked on a student task force for human rights.

Marston Hefner and His Family

Marston Hefner seems to have a fairly stable relationship with his family. He had a strong bond with his father. Even after his parents divorced his father made sure to see him at least one night a week. It has been said that every Thursday (even into Marston’s adulthood) the two would get together to play backgammon with one another. This tradition between father and son was very important to them.

Not much is known about Marston Hefner’s relationship with his mother. She tried to keep him relatively safe from living in the playboy mansion, but he still would see everything going on there. He is very different from his younger brother, Cooper. However, he is still close to and on good terms with his three siblings.

In 2012, Marston Hefner was arrested for abusing his then-girlfriend. In his father’s footsteps, he was dating the Playmate of the Year. That woman’s name was Claire Sinclair. The two had been seeing each other on and off for two years. At the time of the incident, it is believed they were living together in Pasadena.

One night cops were called to their Pasadena residence by some of Sinclair’s family members. Claire reported that Marston had beat her and refused to let her leave. After this, she called her family who called the police.

When on the scene, Marston admitted to fighting with Claire, but he did not admit to hurting her. He was then arrested by the police and taken into custody that night. He was charged with battery on a spouse and released on a $20,000 bail after a few hours.

After being arrested for this, Marston Hefner went to court. The judge sentenced him to a domestic violence program which he had to attend for 52 weeks. The judge also granted Claire Sinclair a three-year restraining order against Marston.

While his father founded a magazine, Marston Hefner decided to write a book. In 2014 he released a book titled Bleed. It is a horror fiction collection of short stories. These short stories are all about people surviving in a zombie apocalypse. He released this book under the pen name Marston Glenn. This was to avoid any of the fame of his father’s name contributing to his sales. He has not released another book since.

Marston Hefner in TV and Movies

Marston Hefner has appeared as himself in several shows and movies. He was in Playboy: Inside the Playboy Mansion in 2002. This was a TV documentary. In 2006 he was in an episode of E! True Hollywood Story. He appeared as himself in the television series, Holly’s World. He also appeared in the TV special, Hef’s Runaway Bride in 2011. Finally, in 2012, he was in an episode on the TV series documentary, America’s Book of Secrets.

Admittedly, Marston Hefner is not a very well-known name. However, his life as the son of the founder of Playboy is very interesting to look into. Not much is known about this Hefner son. He swears up and down that he wants to make it on his own and have a normal existence. Though it is not entirely possible to have that in his position.

Everything You Need to Know About Billy Magnussen
Heaven Hart Wore A Short Dress To Prom And So Should You
Justin Qualley: Know Everything About Andie MacDowell’s Son
Underrated Women Writers of the 20th Century
Jason Alexander: The Mystery of Being a Phenomenal Actor

How We Roll: A Clear Look At The 11 Episode Failed Sitcom