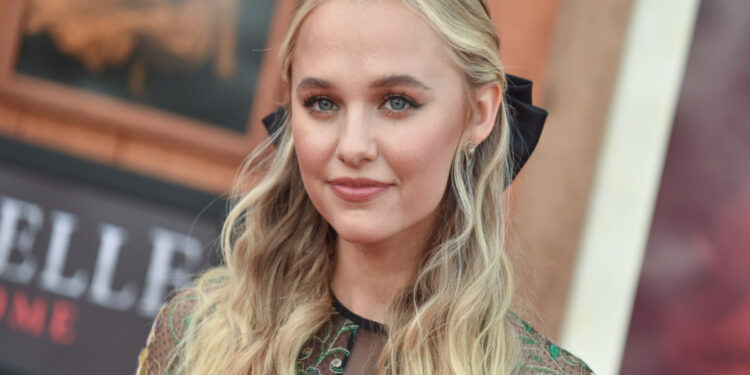 Madison Iseman, star of last year’s YA slasher I Know What You Did Last Summer reboot on Amazon Prime Video, may have only run for one season. But Iseman, who is easily the breakout star of the short-lived drama/horror show, won’t let that slow her down.

The actress got her start early on television with guest roles on Modern Family and Henry Danger, plus having a leading role in Still the King. Since then, she has moved on to some notable Hollywood films. Madison may still be running under the radar for now, but she is quickly becoming our new favorite movie queen. More specifically, our new favorite scream queen where she intends to leave her mark in the thriller genre.

Who Is Madison Iseman

Born and raised in Myrtle Beach, South Carolina, Madison caught the acting bug from a young age after falling in love with the Harry Potter film series. Iseman told Vulkan Magazine in 2020 that she “wanted to be Hermione Granger so bad.”

As a self-proclaimed lover of horror and fantasy movies, she tells PopHorror in an interview the reason why this genre has her hooked is because “there’s really no rules, you know.” That creativity manifested itself while still in school in SC. Before Madison became a rising star in the industry, she would make short films with her friends both for fun and school projects.

It was this type of attention that made Iseman stand out in a not-so-positive light with here high school peers. She has stated in the past that she “was very sad back home” almost to the point where she was planning on attending boarding school in Texas!

Madison Iseman made her way to Los Angeles at the age of 16 to pursue her dreams of becoming what Hollywood deems a “scream queen”.

The 5’2″ actress loves being outside, reading, or cuddling with her cat, Owen, when she isn’t working hard on making audiences jump in their seats. Madison also can be seen dabbling in music from time to time, as seen on her Instagram. But she has no plans to pursue music professionally. Madison is perfectly content on leaving that part of the industry to her boyfriend of almost seven years, Spencer Sutherland.

The now-seasoned thespian is also philanthropic. Madison has been involved with the nonprofit organization Start With One Kenya since she was 14.

Where You’ve Seen Her

Madison Iseman’s breakout role came in 2017’s Jumanji: Welcome to the Jungle. But she’s since appeared in its sequel (2019), Goosebumps 2: Haunted Halloween, Beauty Mark, Annabelle Comes Home, Clouds, and Nocturne. Most recently, Iseman appears in the psychological thriller Fear of Rain, where she plays the title role, and the aforementioned I Know What You Did Last Summer. In the 2021 version, Madison plays twins Lennon and Allison. She recalls playing both “a challenge, but it was one I was up for.” If the name of that project sounds familiar, that’s because it’s a remake of the classic 1997 film of the same name.

What’s Coming Next for Ms. Iseman

Iseman has a couple of roles lined up for our enjoyment soon. Catch Madison in American Horror Stories later this summer in an episode titled “Necro”. She is also heading back to the big screen in the action-adventure Knights of the Zodiac. Set for 2023, she joins seasoned actors Famke Janssen and Sean Bean. Her dream is to find that one perfect script with a good storyline and where she can portray a compelling and impressive female lead, and one where she isn’t the stereotypical popular blonde girl. It is also reported that Madison Iseman would love to work with famed Hereditary and Midsommar director Ari Aster in the future.

But in the meantime, Madison finds solace in writing during whatever downtime she can find. While waiting for any new projects sure to come her way, Madison Iseman on Instagram regularly posts on Instagram with her going-ons including promoting new work, hanging out with friends, and showcasing beautifully daring fashions.

Why We Love Her

Just like the majority of society and those her age, Madison Iseman does what she can to avoid being typecast. She enjoys being a homebody and loves to relax in the comfort of her home. Madison Iseman also preaches that eating right is a part of her self-care ritual, stating, “I have had a lot of gut issues…my whole life, so if I don’t have a proper diet, I am not feeling great.”

Madison has also discussed on multiple occasions about making your life one you will always enjoy and refusing to do any less that would make you unhappy.

For the last question of her magazine interview with IRK Magazine, Madison Iseman reflected on what advice she would give to an aspiring artist. Her answer: “Don’t ever stop chasing. Find the thing that makes you feel the most alive and follow it.”

Solid advice from someone still so very young.

Yasmine Bleeth: The Truth About The 54-year-old Beauty