NYGal looks back on the best moments for women in 2018.

A lot of stuff happened in 2018. Some good, some terrifying and some that gave us hope for the likely apocalyptic future we’re heading towards.

Trump is still president (although this means one year less of his time in office), global warming is very, very real and people are still relying on Fox News for information.

However, we’re leaving this year better than when we came into it. For several reasons. Many of those being advancements in feminism and equality.

Here are some of our highlights from this year:

Following the MeToo movement, that sparked a flood of women to come forward against well-known (and well-respected) celebrities and call them out for sexual harassment, Times Up is a response and organization funded by and for women to keep them safe at work. It has already raised around 22 million dollars in the year that it has been active.

This is an issue that has been occurring throughout history and 2018 was the year women had enough of men’s inability to act respectfully towards women in and out of work.

As their website says, “No more silence. No more waiting. No more tolerance for discrimination, harassment or abuse. TIME’S UP.”

Women Celebrate 100 Years of The Vote in U.K. 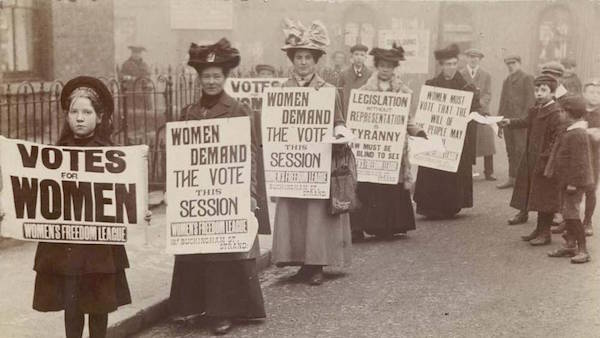 On the 10th of June this year, women from Scotland, England, Wales, and Northen Ireland all marched to commemorate the women suffragettes and all of those that fought, marched and protested for the right to vote. It was only 100 years ago that they finally got this right. Which can seem a long time ago but, as we are still seeing, complete equality of the sexes has yet to be reached.

An estimated that about 100,000 women marched in total in celebration of the anniversary.

After a vote in October by the New York City Council and Board of Health, the state will be introducing a third, non-binary gender option on birth certificates starting the 1st of 2019. In addition to this, a doctors note or letter from a health care provider will no longer be necessary for those who wish to correct their marked gender. Yay New York! 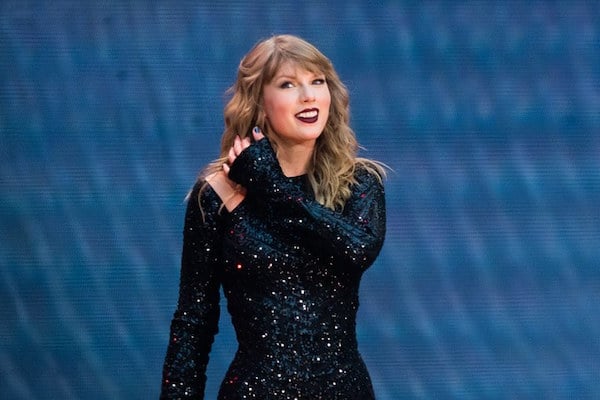 True fans always knew that Taylor Swift wasn’t a neo-nazi, yet the internet and several right-wing supporters liked to think so. Despite this, Taylor never publicly announced her stance on politics and opinion on Trump, leading to many speculations and far-reaching conspiracy theories.

It came to everyone’s surprise, and reassurance, when she supported Democratic candidates in her home state of Tennessee. In the detailed Instagram post, Taylor addressed her inability to stay silent as well as her values. She said she,

“I feel very differently about that now. I always have and always will cast my vote based on which candidate will protect and fight for the human rights I believe we all deserve in this country.

Adding that she believes in the “fight for LGBTQ rights” and “that any form of discrimination based on sexual orientation or gender is WRONG.”

We weren’t worried. Of course, we weren’t. But, phew. 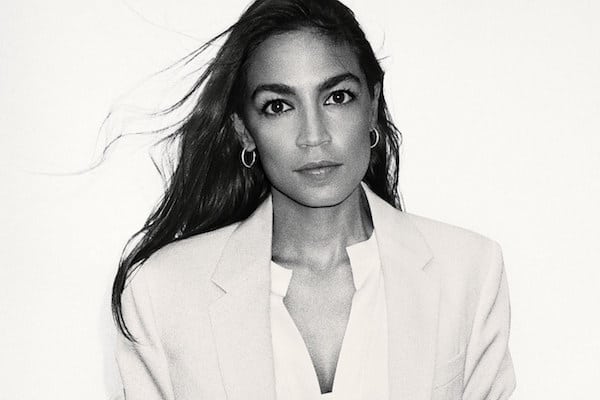 This year was the start of Alexandria Ocasio-Cortez long political career. Before winning, Ocasio-Cortez worked at a taco restaurant and had helped campaign for Bernie Sanders. When she decided to run against Joseph Crowley, her budget, credibility, and experience were all questioned. And, it seemed unlikely for this apparent new-comer to beat the longtime New York 14th District Representative, Crowley.

But, Ocasio-Cortez won by 57.5% of the vote. She also won against Republican Anthony Papas in the Midterm elections. This made her the youngest person to ever be elected to Congress. 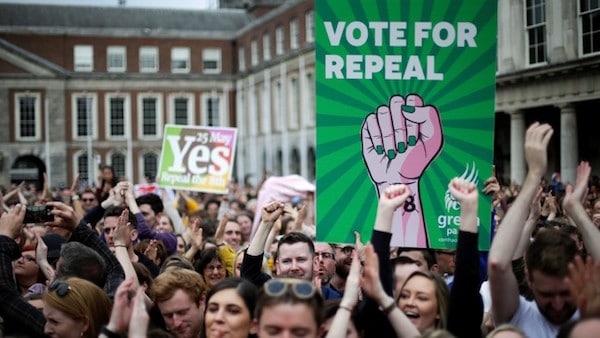 For years Irish women had to seek dangerous, underground resources to abort unwanted pregnancies. More than 170,000 women traveled to places such as the U.K. and The Netherlands to seek medical and legal help with their abortions since the 1980s. Women died after being refused to have terminations as most were against the law, such as Savita Halappanavar, who at 31 died of septicemia when doctors determined that her life wasn’t in (enough) danger to carry out a termination.

Following this, was outrage and the Repeal The Eight movement. Women (and men) all across the country demanded a change in the constitution and after the Prime Minister agreed to a vote, the majority of the country helped decide that it should be legal for women to have abortions; Even if their life isn’t in danger. 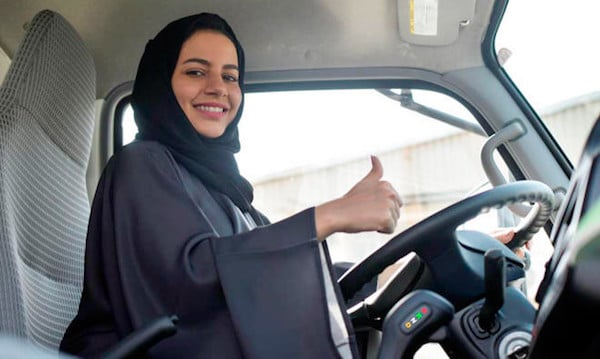 This year, the ban on women driving in Saudi Arabia was lifted. Even though women have been protesting for this right for several decades, the Crown Prince Mohammed bin Salman was the first in power to change this. As part of his new reform, Vision 2030, giving women their independence to get to and from work is, in his opinion, beneficial. The economic and social goal of his, that is supposed to bring Saudi Arabia in line with developed countries, has a lot of changes to accomplish.

This isn’t much and Saudi Arabia is far from where it should be, however, it’s a start. 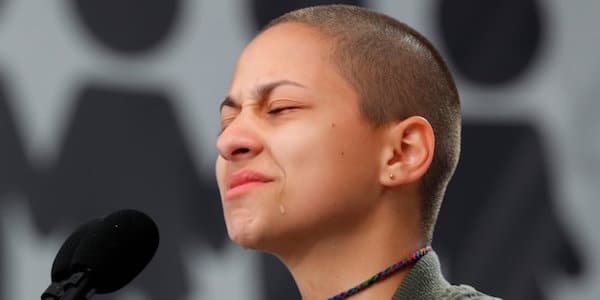 Seventeen teenagers died in the Marjory Stoneman Douglas High School in Parkland, Florida. As hard as it must have been, the survivors weren’t ready to sit around and wait for yet another one. They decided to do something. One standout individual was Emma Gonzáles, who gave an emotionally raw speech.

“Every single person up here today, all these people should be home grieving. But instead we are up here standing together, because if all our government and President can do is send thoughts and prayers, then it’s time for victims to be the change that we need to see.”

She and her fellow classmates went on to organize the March For Our Lives in the capital. 800,000 people attended this protest, according to CBS. And, artists such as Ariana Grande performed at the rally. In 2019 we can’t wait to see more of Gonzáles. 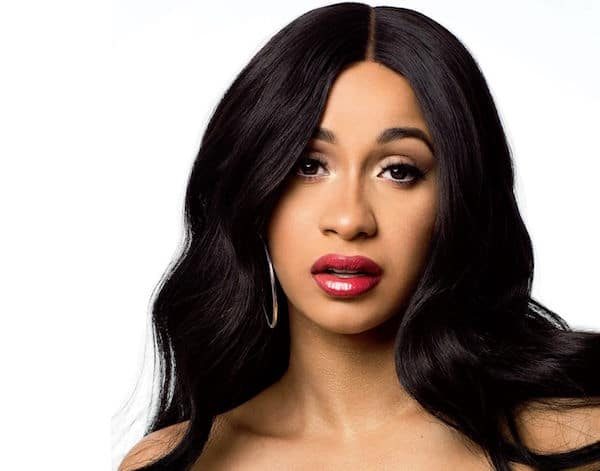 Apart from having a baby and blowing up this year from practically nowhere, Cardi B has had a groundbreaking year. After the release of her album Invasion of Privacy, which debuted at number one, Cardi became the fifth female rapper to top the US Billboard 200 Album chart. Furthermore, she beat a Guinness World Record with Most Simultaneous Billboard US Hot 100 Entries By a Female when 12 of the 13 tracks featured on the chart at the same time. 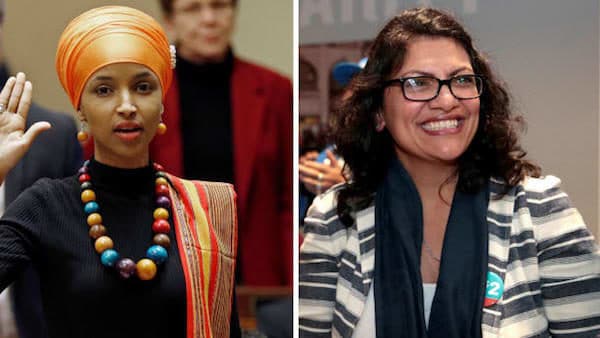 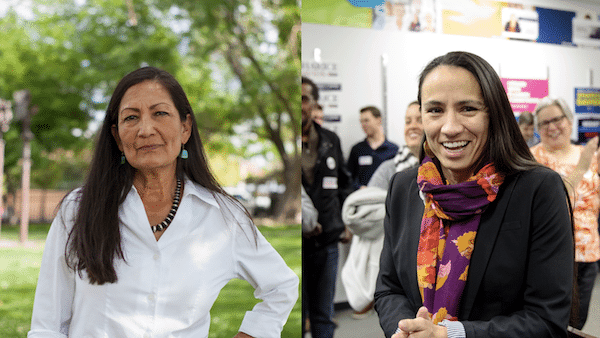 In addition, this midterm election also saw the first two Native American Women elected. Deb Haaland won the New Mexico seat and Sharice Davids won the Kansas seat, marking a huge win for women and Native people in this country. And, Haaland will be the first openly gay member of Congress from Kansas.

Many Firsts for Black Women 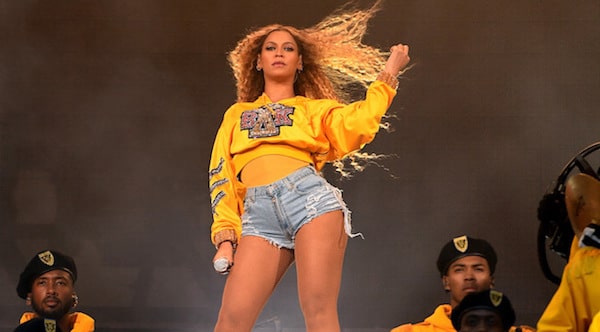 These are just some: 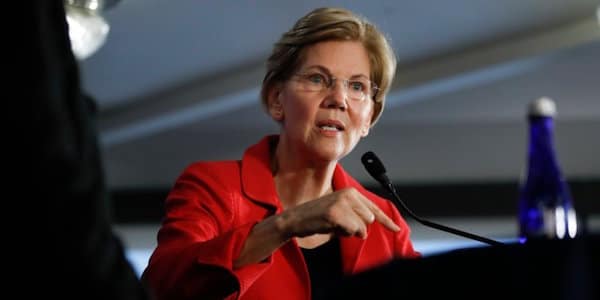 Just before the end of 2018, Elizabeth Warren, Senator of Massachusets, announced her Exploratory Committee Campaign. Meaning she is running for President in 2020! So, we have some hope after all! Her video focuses on the widening middle-class gap and the inequality between white and non-white household incomes.

“In our country, if you work hard and play by the rules you oughta be able to take care of yourself and the people you love. That’s a fundamental promise of America. A promise that should be true for everyone.”

Get Flawless Skin Without Breaking the Bank