Everything there is to know about this popular actor 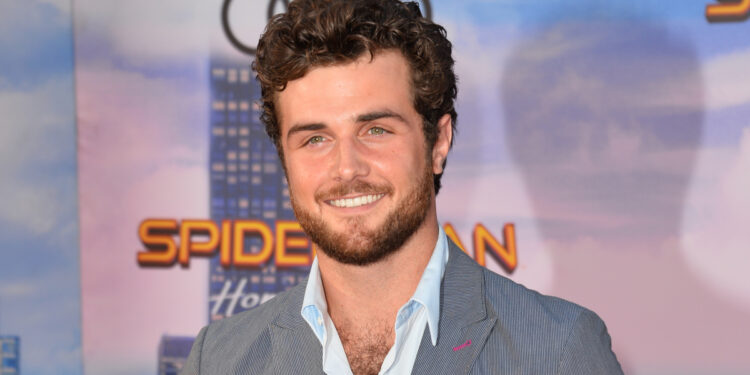 Beau Mirchoff is a very talented American-Canadian actor currently living in Los Angeles, California. He is most well-known for his roles in the MTV series, Awkward, and the popular series, Good Trouble. While he is loved by many fans, there is a lot that people do not know about him. For example, he directed the episode, “Girls Gone Viral” of the hit MTV show, Awkward. He also produced a TV movie titled, Camp Sunshine in the year 2013. But what was his early life like? How did he get into acting? Who is he engaged to? Here is everything you need to know about Beau Mirchoff.

Beau Mirchoff was born on Friday the thirteenth in January of the year 1989. This would make him 33 years old this year. He was born in Seattle, Washington State. However, fairly soon after he was born his family moved to Victoria, British Columbia, Canada. His father’s name is Bill and his mother is named Kelley. Beau’s father worked as a podiatrist. Beau Mirchoff also has two siblings. He has an older brother named Luke and a younger sister named Raeanna.

Beau was interested in acting from a very young age. He loved to perform as a child. When he was just 13 years old, he began to take acting classes in Vancouver, Canada. In order to get to these classes, he had to take an hour-long bus ride and then get on a ferry to arrive in Vancouver. This impressive commute shows how dedicated he was even as a kid to becoming a better actor (and it definitely paid off).

He went to middle school at Mount Douglas Secondary School. After graduating from high school he attended community college for a short while before dropping out. He likely dropped out to pursue acting. In the year 2009, Beau Mirchoff moved to Los Angeles, California. He quickly started learning at the Michael Woolson Studio.

In 2003, Beau Mirchoff got his very first role as Chase in Romeo! This was only for one episode, but it was the beginning of a very successful career. In 2006, Beau was cast as Robbie in Scary Movie 4. The Scary Movie series is a spoof series of classic tropes in horror movies. This was the first spooky film of many for Beau Mirchoff.

In 2007, he was cast as Ben Stillman in Heartland. This is a dramatic TV series set in Alberta, Canada. Just a couple of years later, in 2009, Beau was cast in the popular drama-ridden series, Desperate Housewives. He played the character Danny Bolen who is a supporting character in season 6.

In 2011, Beau Mirchoff was cast in one of his most popular roles to date, Matty McKibben in MTV’s Awkward. This was a huge role for Beau, it lasted from 2011 to 2016. Many people discovered him as an actor playing this character. He has had several other roles since this show, but his next most popular role came in 2019. Beau was cast as Jamie Hunter in Good Trouble. This popular show is still airing on Freeform. It follows two sisters as they begin their lives as young adults. This is a spinoff series of The Fosters.

Beau Mirchoff is not only a great actor, but he is also very much in love. Beau is officially engaged to his girlfriend, or rather, fiancé, Jenny Meinen. The couple began dating in the early months of 2020. They lived together in a trailer for a while, survived quarantine together, and now have officially bought a house (and a horse) together!

Jenny Meinen is a psychologist and mental health coach. She uses her social media platform to inform and help others when it comes to mental health issues. Jenny often focuses on the love life of her clients and helping them to recognize toxic behaviors in their partners.

In early August of 2021, Beau Mirchoff and Jenny Meinen traveled to Paris, France together. Then, like they were in a movie, Beau proposed to Jenny in front of the Eiffel Tower. She said yes and the couple posted about their excitement on their social media accounts.

Beau Mirchoff has had an impressive acting career. It was clear from a young age that he was passionate about this career path for himself. Since then, he has appeared in several successful movies and TV shows. He is currently most known for Awkward and Good Trouble, but it is only a matter of time before his next incredible role. On top of his successful career, he is also very much in love with his fiancé, Jenny Meinen. We cannot wait to see what is next for Beau Mirchoff, from his roles to his upcoming wedding, it is sure to be a fun time.