New York Gal » Does Tom Cruise Have a Relationship with Daughter Suri Cruise?

Does Tom Cruise Have a Relationship with Daughter Suri Cruise?

From his career and personal life to his religious beliefs, learn more about the relationship of Tom Cruise and his daughter Suri Cruise. 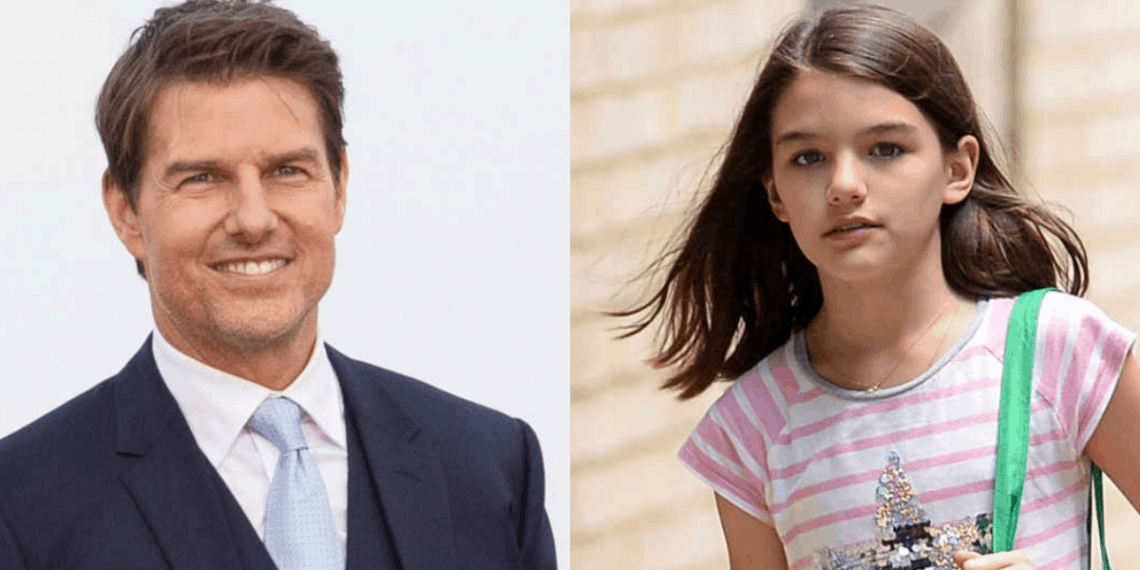 Growing up as a child of divorced parents can be extremely difficult, especially since you have to split time between two households and make an effort to interact with both, even though they might live in different cities or even states. But the whole dynamic is even more challenging when your parents are world-famous celebrities. Suri Cruise a child of divorce, although her situation and story are unique to others. It has been nearly seven years since she was last seen in public with her father, well-known actor, Tom Cruise.

Who is Tom Cruise?

One of Hollywood’s biggest names, Tom Cruise, has been active in the entertainment industry since 1981. It is doubtful that someone does not know his name or recognize his face. He is one of the highest-paid and most expensive actors in the entire world. His films have earned billions, making him one of the highest-grossing box office stars.

Tom entered the acting world in 1981 and got his first breakthrough in 1983 with Risky Business and Top Gun in 1986. These two famous films helped launch him into stardom. He also starred in Born on the Fourth of July in 1989, for which he earned a Golden Globe.

Tom was one of the hottest stars of the 90s, appearing in Interview with a Vampire in 1994 and Jerry Maguire in 1996, the latter of which earned him another Golden Globe. In 1999, he won his third Golden Globe for his work in Magnolia.

One of his recognizable works is his role as Ethan Hunt in the Mission Impossible films. From 1996 to 2018, Cruise appeared in all six movies as the world’s most beloved and famous action star. He is a dedicated actor known for doing his own stunts–he even learned how to fly a helicopter for his job.

Tom Cruise is also famous for his dedication to Scientology, a church established in 1950 that is often described as a cult. After becoming involved with the movement in 1990, he was married to his first wife, Mimi Rogers, and he has been a devout follower ever since.

He is a strong advocate for the religion’s social programs, even claiming that they helped him overcome his dyslexia. His work within the church also had gone viral a few times, like when he tried to promote the beliefs in Europe. The Paris city council actually refused to speak with him because of his militant behavior and attitude.

He advocates for many unproven and false therapies that the leader of Scientology created, without scientific backing, and yet criticizes psychiatry and believes it should be outlawed.

In 1991, he married his co-star, Nicole Kidman, after dating for less than a year. Together, they adopted two children, Bella in 1992 and Connor in 1995. They were raised in Scientology and preferred to stay with their father when Cruise and Kidman divorced in 2001. Bella and Connor are now 27 and 25, respectively, and still members of the church.

In April of 2006, he had his third child, Suri Cruise, with actress Katie Holmes. He married Holmes later that year, making her his third wife as well. Katie had joined the church when they married but left when they divorced in 2012. The reason for the breakup was kept quiet, but eventually, Holmes’ attorney stated that she was doing what was best for her daughter’s interests.

Does He Have A Relationship With Suri Cruise?

Sources allegedly reported that Tom was planning to ship Suri off to a boarding school and trained in the church, so Holmes divorced him. Everything regarding their lives has been relatively quiet since then, with no photos of Suri and her father ever being taken or posted.

The divorce settlement allows him to see his daughter for ten days every month. However, reports state that he doesn’t whatsoever. They are essentially estranged because his religion prohibits him from seeing her.

Holmes is no longer a Scientology member, making her what they call a “suppressive person,” whom they forbid current members from interacting with. Even immediate family members will be cut off if they leave the church. But Tom is so heavily involved in the church that he will ignore his young daughter because of her mother.

Suri Cruise is nearly 15-years-old now, and Tom hasn’t been seen with her since she was seven.

Tom’s personal life is kept relatively private, although he does still interact with his first two children. In 2019, Connor appeared outside with his dad in London. That same year Bella revealed that her dad helped her train to become an auditor in the church. It seems that he still interacts with them as they are still involved in his religion.

Scientology claims that the policy of cutting families off is false, and people are spreading misinformation. Tom even sued a magazine for claiming he abandoned his daughter. However, he did admit that Holmes divorced him to protect Suri from the church and that they were both no longer members.

What Are Rainbow Babies and What to Expect

5 Things That Will Happen at 29 Weeks Pregnant

What the Gucci Logo on Your Purse Says About You