Identify must-see movies based on their posters with these tips. 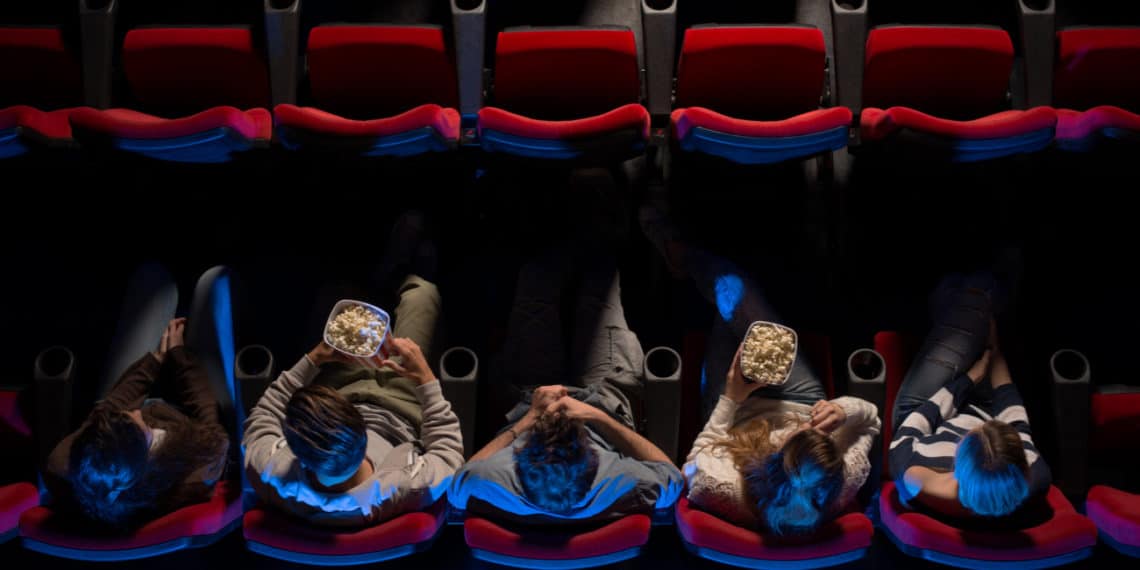 While cultural taste is subjective, it can’t be denied that there are a handful of movies each year that everyone simply must see because they’re 1) blockbusters that everyone’s going to be talking about at the office, 2) culture-defining a la Titanic in 1997 or 3) just that well-made. However, with the sheer number of movies coming out each how, how’s a casual moviegoer to know what is and isn’t a must-see movie based on its cinema poster?

Luckily for armchair cinephiles who don’t have the time to sort through all the critical reviews to find each year’s must-see movies, there are a few dead giveaways for must-see movies right on their posters.

It’s won or is nominated for multiple awards

Generally, if a movie has a boatload of awards or award nominations, it’s a pretty safe bet that it’s worth watching. While critics’ tastes can skew more highbrow than a general audience’s, the professionals are paid to think about movies on a daily basis — so if you see posters that note the movie has won or been nominated for Academy Awards, Golden Globes, BAFTAs or other prestigious film recognitions, you may want to add those movies to your watch list.

On a related note, movie posters with favorable quotes from critics are another good sign. Critics can be famously harsh (it’s their job, after all), so movie posts with praise from them are a decent indicator of a movie you’ll enjoy watching.

See Also: Exciting Books, Movies, and TV Shows to Look out for in 2019

On a personal level, seeing actors and actresses whose work you tend to like may make a particular movie a must-see for you. Personally, I’m an Anne Hathaway fan (Hatha-haters, I know you’re out there, but I think you’re wildly unfair to my girl), so movies posters with her prominently featured tend to pique my interest.

Similarly, if there are any actors who you really like, seeing them on a movie poster in the cinema may make it a must-see movie for you.

In the same vein as the above, directors whose work you admire may also be worth noting when you’re growing cinema movie posters for your next movie night. Many directors have distinct signature styles that influence their visuals, character direction, and storytelling.

In contemporary cinema, the classic example is Wes Anderson, director of Moonrise Kingdom, The Royal Tenenbaums, The Grand Budapest Hotel and Isle of Dogs. Anderson’s whimsical visual style (specifically, his use of straight-on angle shooting and a distinct color palette) and consistent narrative tendencies make his movies easy to distinguish.

If you’re a fan of his style, you’ll probably like most, if not all, Wes Anderson films and want to note them as must-sees when you see Anderson noted as the director on a movie poster. If his style isn’t your cup of tea, though (and it isn’t for everyone), you’ll probably want to avoid Anderson-directed films.

You’re a fan of the franchise

Franchise films such as Star Wars, Harry Potter and Transformers are major moneymakers for studios. For their loyal followers, each installment in these series is a must-watch.

If you fall into any of these fandoms, you’ll probably want to mentally note new films in these canons well ahead of their releases so you can get into the theater to watch them as soon as possible and dissect the details with other fans afterward.

It’s an adaptation of something you love

Similar to a franchise film, a movie might be a must-see if it’s an adaptation of a book or tv series you love. Last year’s hit Netflix movie “To All the Boys I’ve Loved Before,” which was based on a YA book series by Korean-American author Jenny Han, is a good example of this phenomenon.