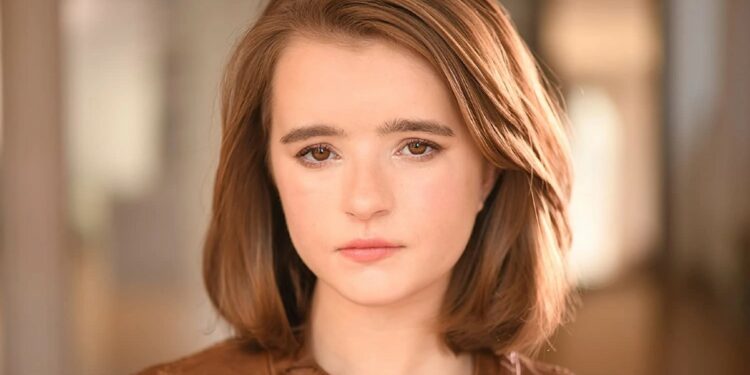 With the recent premiere of Doom Patrol season 2 on DC Universe and HBO Max, the fans are going gaga. It does not need mention that the young actress Abigail Shapiro is doing a commendable job! In a recent interview, the 21-year-old actress revealed several facts about her on-screen character Dorothy Spinner. The shaggy character of the latest season is definitely a challenge to play.

However, Shapiro is quite satisfied with her performance till now. She expects that the audience will find this character fascinating in the upcoming days. Within this short period, she is already getting several positive reviews. This is the stepping-stone of success for the young star.

Do you want to know more about Abigail Shapiro and how she slipped into Dorothy Spinner’s character so effortlessly? Read on to know more!

The Evolving Character of Dorothy Spinner

The latest episode of Doom Patrol features Dorothy Spinner as an eleven-year girl of the chief. However, her age does not make her less powerful. In fact, Dorothy Spinner is the most potent member among all the team members. She has the power to bring ‘imaginary beings from her mind into and out of creation.’

This incredible superhero group does not fail to mesmerize the audience at any step. Shapiro expressed her joy to portray such a character on screen.

Shapiro also added that Dorothy’s innocent yet incredibly complex mind attracted her the most. However, this is not her first work. All her new fans will feel overwhelmed to know that her profile is quite impressive.

Furthermore, you will get positive reviews for all her previous on-stage performances. Her career took a drastic leap as she continued to perform brilliantly.

How Did Abigail Shapiro Land in Doom Patrol?

Abigail Shapiro is of Florida origin and a Broadway actress. She gained immense popularity for her role in How the Grinch stole Christmas! The Musical. However, her energetic performance knew no bounds after being the heartbeat of so many for being part of a highly acclaimed show.

She marked a debut in the TV series with Doom Patrol. It is courageous on her part to take such a character in the beginning only. But all her strenuous efforts made the audience connect with the character. She is really a powerful actress and seems to be absolutely calm while talking about the prestigious series.

It is definitely not like the other superhero series that the audience knew so far. As a result, the risks were always high. The striking performance of the new actress spiced up the whole sequel.

Before the audition, Shapiro was not aware of Doom Patrol. However, after the election, she started digging deep into the subject matter. It is only then that she began reading the Grant Morrison Comics.

Interestingly, she fell in love with the stories immediately. This helped her a lot to prepare for the role. She felt that the characters are really weird, whether in terms of characters or the looks.

However, the overall series is high excitement. And this is the reason why millions of fans all over the globe are going crazy for it.

For Abigail Shapiro, maintaining the same standard is an arduous task initially. But she never looked at it as an extra effort. Rather, Shapiro gave 100% dedication to touching the heart of the viewers.

How Abigail Shapiro Prepped up for the Role of Dorothy Spinner

In the opinion of the little star, it becomes effortless and easier when the story is appreciable for an actor. This has been also the case of Abigail Shapiro. The story introduced her with the hands of Case and Morrison after taking over the super squad. Besides, the surreal powers of the girl with a monkey-face caught the viewers’ attention at once.

While reading the comics, the girl felt all the energy within herself. As a result, Dorothy Spinner became a natural persona for her. Not only this but also the imaginary friends of Dorothy Spinner gained the attention of the audience. Shapiro stated that this background of the odd personality is the most vital part of Doom Patrol 2.

After a friend told her about the outstanding DC Universe series, the actress took a special interest in the comics. Moreover, she also watched the first series, and guess what! Just like other fans, the magic of the show captivated the young mind of Shapiro, too. Undoubtedly, every episode will keep the viewers hooked to the screen.

A perfect dose of entertainment will be the exact adjective to describe the story. On being asked, Abigail Shapiro said that the dark sides of humanity are something extraordinary yet ecstatic. Therefore, the quirky events made her like the show more.

Crafting the characters with so many shades in character certainly made the series a success. Obviously, the next season is going to a bigger hit than the last one. All the maniacal activities of Dorothy Spinner with the emotional turmoil are the center of attraction for millions. Fans are now eagerly waiting for the third season premiere on September 23, 2021.

What did We get at Ikea Burbank Shopping Trip?