New York Gal » Where Is Louis Bardo Bullock Originally From (and What Do We Know About Him)?

Even though he is kept out of the spotlight as much as possible, here is everything we know about Sandra Bullock's adopted son, Louis Bardo Bullock. 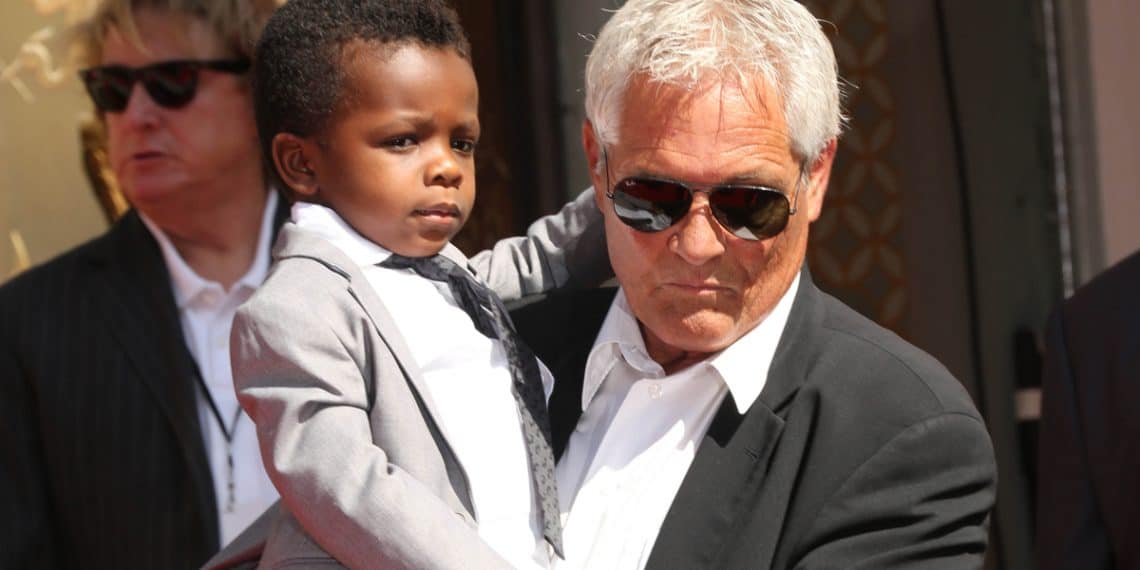 Sandra Bullock had the idea of adopting a child on her heart for many years before she actually decided to adopt a young boy named Louis Bardo Bullock, in 2010. She always thought that she wanted to adopt from the United States. But her decision came after watching New Orleans become severely damaged by Hurricane Katrina.

The national headlines revealed the catastrophic damages the hurricane caused. Sandra felt compelled to adopt a baby from the historic city. She has done her best to keep her children from the media, but here are the little details that we know about her son Louis Bardo Bullock.

Sandra struggled with the decision of whether to adopt or not for quite some time. Unfortunately, celebrity children often face scrutiny under the microscope of the media. So she wasn’t sure if her celebrity status would be the best thing for a child.

Sandra described what caused her to finally make this huge life-altering decision when she spoke with Hota Kotb from Today. Bullock stated, “I did think, ‘maybe not.’ Then Katrina happened,” tears began to fill the Hollywood star’s eyes, “I’m going to cry… Katrina happened in New Orleans and something told me ‘my child is there.’ It was weird.”

Hurricane Katrina sparked something inside of the celebrity. She knew it was time to embark on the wonderful journey of adopting a baby. Although Sandra did not officially adopt little Louis Bardo Bullock until nearly four years later, her whole world changed when this little baby from New Orleans finally entered her life.

Sandra Hid Her Son’s Adoption from the Media

Although Sandra wasn’t sure if she should bring a baby into the Hollywood scene, she has done everything in her power to keep the media away from her children (Louis and the baby girl she adopted in 2015) since the very beginning. She never publicly announced that she would be adopting a child, and she even went as far as using decoy cars to keep her child hidden from the press. Close family and friends of the star respected her wishes and helped her keep baby Louis out of the limelight.

While Louis is about ten-years-old now, the media still hasn’t gotten the chance to get to know the celebrity’s child. Sandra believes that keeping her children away from the media and allowing them to enjoy their childhood away from the spotlight is the best thing for them.

Louis Bardo Bullock Predicted He Would Have a Sister

Sandra gave the world a rare glimpse of her private life during her visit with Today when she told Hota Kotb a surreal moment she had with little Louis. She said she was sitting with her friends as they all spoke about their daughters. When her son decided to sweetly chime in and said, “‘Yeah, I don’t have daughters. But I’m going to have a baby soon!’”

Sandra remembered, “I realized at that time, maybe he knew something. And when I think about it, it would have been around the time that Laila was born.”

It seems that her family was destined to be together from the start.

He is an Old Soul

People close to Sandra have told the press that her Louis is one of the most well-mannered children out there. Sandra describes her son as an “old soul” who is incredibly wise. In fact, she stated that she knew this child and her were destined to be family when she first looked into his eyes.

She recalled the moment she met him during her in-depth interview with Hota Kotb: “I looked at (Louis), and I just said, ‘Oh, there you are.’ It’s like he had always been there. It’s like he fit in the crook of my arm. He looked me in the eyes, and he was just — he was wise. My child was wise.”

According to Sandra, “The beautiful thing that I was constantly told was, ‘The perfect child will find you. You will find your child.'” She certainly found her perfect child in Louis Bardo Bullock and she couldn’t be happier with her favorite role of all time — being a mother. Sandra’s little guy with an old old soul and wise eyes has blessed her life immensely.

She has also blessed his life as she makes it her priority to give him the best childhood possible. It is extremely important to Sandra to keep Louis’ childhood private so that he can be well-rounded and healthy.

She opened up to Today during the special interview discussing her adoption journey, “It’s just like being a mom, I finally realize, ‘Oh, this is what I was supposed to do when I grew up,” she said. “Not be an actress; to be a mom. … This is my purpose.”

Sandra takes her favorite role of being a mom very seriously as she has trouble leaving her children for acting jobs. She prioritizes her babies over everything else in the world — she truly was meant to be a mother.

How to Plan a Perfect Day Out for Babies

Female Mc, Kyah Baby Is Showing Us That She Is More Than Just a Pretty Face

How To Help Premature Babies On World Prematurity Day