Who would we give marshmallows to from season 1? 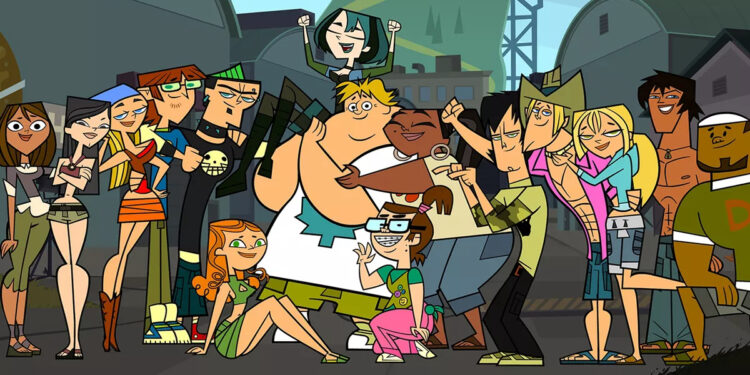 Ezekiel is undoubtedly one of the worst Total Drama Island characters. He’s gross, sexist, and overall pretty forgettable. Ezekiel was the first character eliminated in season one of this show. This elimination was because he ranted about how girls were so much weaker and dumber than boys. He was an easy choice for the first person to vote off.

Harold certainly has his moments in the show that make him reasonably entertaining. However, his persistence toward Leshawnda (even after she said she only wanted to be friends) gets to a pretty icky level. He fully fits the “nice guy” trope and that’s why he isn’t any higher on the list. Also, he unfairly got Courtney kicked off the show by stuffing the ballots and that just wasn’t very marshmallow worthy of him.

It almost feels wrong to put Heather in the bottom category, but it has to be done. She is the ultimate season 1 villain of the Total Drama Island characters. Heather was the only real competitor when it came down to reality show rules. She manipulated and lied her way to the final three. It’s no secret that Heather is entertaining to watch, but she is just so mean to everyone in season 1, especially Lindsay. While she does eventually have some character growth, there is not enough in this season to give her a marshmallow. Heather is the character in season 1 that everybody loves to hate and that’s what landed her in the bottom three.

Trent was a super chill and laid-back guy. He obviously liked Gwen a lot and did whatever he could to show that to her. The only reason he did not get kicked off sooner was that he was just a likable guy who did not get in anyone’s way (until Heather ruined that image of him). He’s obviously not forgettable because of his relationship with Gwen, but he isn’t super interesting beyond that either.

DJ was one of the most lovable Total Drama Island characters. He was so nice to the other campers and he even wing-manned his fellow guys a few times. DJ was super strong which helped with some challenges, but he was also just a big softie who adopted rabbits and got scared easily.

Lindsay is much more than the airhead she was initially shown as. She is one of the dumber Total Drama Island characters. However, Lindsay is also extremely loyal to her friends which is why it took her so long to stop following Heather. Lindsay is always there for her friends and genuinely very funny. It’s heartbreaking to watch her realize that her friendship with Heather needed to end. She was a massive victim of Heather’s manipulation throughout season 1, but then she learns how to stand up for herself. It’s truly a magical moment.

Leshawna is such a delight. She is one of the only campers who will actually stand up to Heather. Leshawna is very loyal and kind. Her friendship with Gwen is one of the best parts of season 1. Even though she did not have all of the facts, she immediately stood up for Gwen when they thought Trent cheated on her. She easily could have won the competition with her brains and focus. Without a doubt, she was one of the best competitors of the Total Drama Island characters.

Owen is absolutely a fan favorite. Sure, he farts a lot (seriously, a lot) but that doesn’t take away from his incredibly sweet personality. He initially won in the first season and promised to spend all of the prize money throwing a party for his new friends. Owen is very food motivated and made his fair share of mistakes throughout the show, but he clearly tried to always put his friendships first.

Gwen is the infamous goth girl of the group. She made it to the finals in the first season along with Owen. She is definitely the closest this show has to a protagonist. Heather constantly targets her, and despite her tough exterior, she’s pretty nice to everyone. This makes the audience understandably really route for her. She has her flaws, but she is one of the most fleshed-out characters, and many people relate to her in one way or another. She is absolutely one of the best Total Drama Island characters.

5 Female Stars Who Look Effortlessly Cool in a Leather Jacket