Plus Size Models Are Definitely Trending

There's still a lot to be done, but plus size models are making themselves seen. 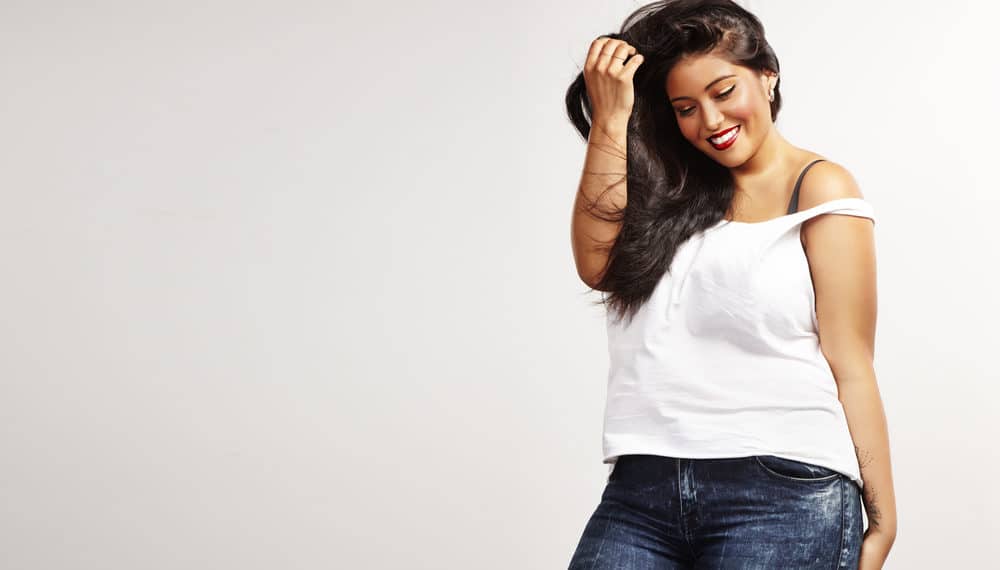 Believed to be one of the first advertisements for plus-size clothing, Lane Bryant launched a “stout” clothing line for women in 1926. According to Business Insider, it evolved from their maternity section.

One image features a rather average sized woman with her hand at the side of her face as if she is hollering the words accompanying her on the page: “Calling all Chubbies”. She’s smiling and apart from those words and a slightly oversized coat, it looks like any other vintage fashion advertisement.

Since then, there have been few and far advancements in the plus size fashion industry. Women today, almost 100 years later, still feel underrepresented in the media. A SimplyBe study found that about 89% of women feel this way. 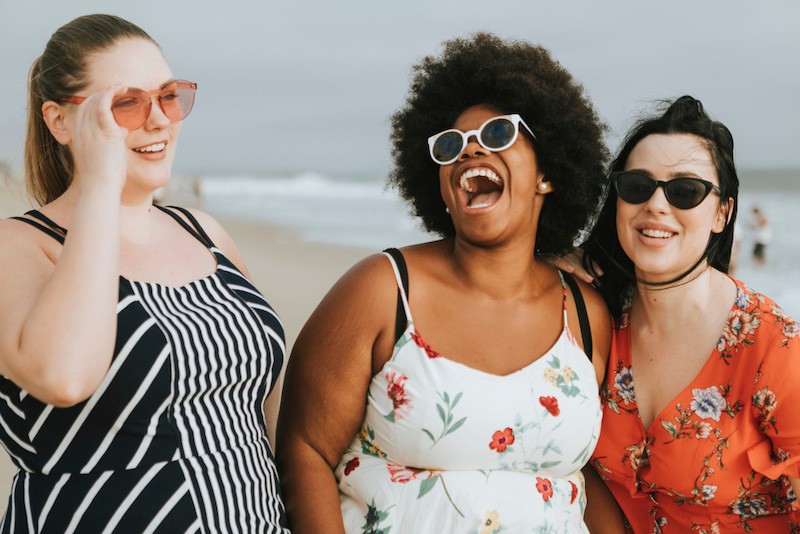 There’s still a lack of women of color, transgender women, non-binary people, disabled women and plus size women in the advertisements and fashion shows. Not to mention the lack of clothing options for people below or over a certain size. However, the petite sections outnumber the plus size sections, with some clothing stores only offering larger sizes online. In 2016 H&M was criticized when it removed it’s plus size section, without any warning, from many of its shops.

Throughout history, our perception of beauty and desire to look a certain way has fluctuated. Yet, it seems as though the upper class or notable figures always lead the way in setting these trends. A BBC timeline, How We Fought Fat Through History, briefly details certain eras and their body standard ideals.

In Ancient Greece, the timeline notes that the model was based around moderation and includes a proverb used at the time, “You should eat to live, not live to eat.” In Medieval Europe, diets seemed to consist of chaotically unbalanced gluttony for the rich and malnourishment for the poor. The first “celebrity dieter”, according to the timeline, was poet Lord Byron in the 1800s. He regularly skipped meals and ate little to look thin and pale. This prompted many others to follow suit.

And, then dieting really started to get serious. Once magazines and advertisements became part of life in the Victorian era, people became much more concerned with how they looked. Women were known to ingest tapeworms and various concoctions in an attempt to lose weight. What ensued was the creation of diet pills that still exist today. As well as fad diets, group dieting and using celebrities as inspirations.

The dieting industry is estimated to be worth $60bn in the U.S. today.

It’s pretty obvious that when media grew, so did women’s body image concerns. Movies and movie stars only pushed this perception further. Although many people like to point out that Marylin Monroe was larger than most women at the time, she was a size 14. A size 14 at that time, though. In 2018, Marylin’s size would be closer to a 6-8. So, not as plus-size as we think.

Models like Twiggy in the 60s created what is known as “heroin chic” and since then, the body type used in fashion has rarely changed. In the 90s, slim fashion models were celebrated like royalty. Fashion likes to use what they think will sell: White, cis-gender, feminine, thin, fully abled models. Just like week, we wrote about how Victoria’s Secret Fashion Show PR person only wanted to include “fantasies”. This was his reasoning behind the show not casting transgender and plus-size models.

Of course, we have grown in size since that time. Most people are able to get the correct amount of nutrients. Transportation and pesticides also mean we can eat whatever we want whenever we want. It seems as though fashion, despite the world and our bodies changing, hasn’t.

Ad Media notes that “Most models weigh an average of 23% less than a typical woman. Twenty years ago, this difference was a mere 8%.”

Lack of diversity is a problem we’re only truly beginning to understand now. The models such as in the Victoria’s Secret Fashion Show are a great example of that. It’s something everyone knows about. Whether they want to or not. The women in the show are women. Some women are naturally tall, thin and meet the model stereotype. But, only 5% of the population fit that type.

There have been many positives in recent years. Many Firsts. Especially for plus-size representation. 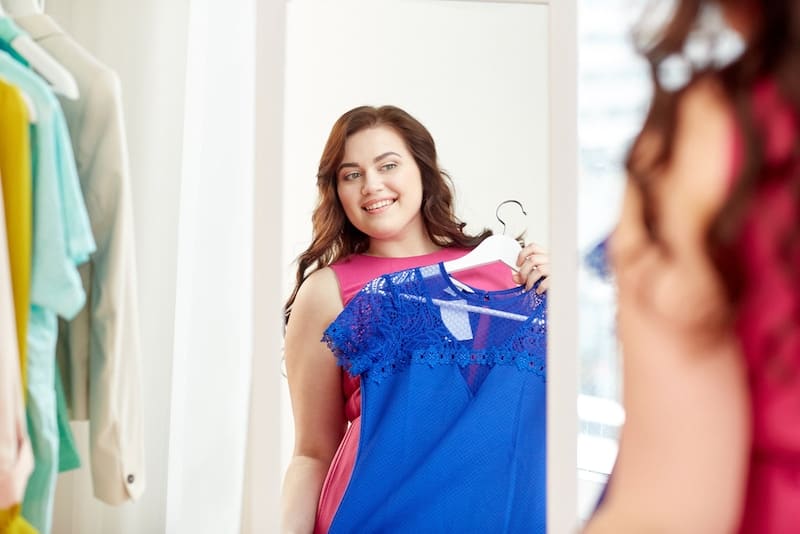 France banned models that were “too thin” in 2017.

We’ve also covered a few positive changes in the fashion and beauty industry. Although it wasn’t exclusively about weight, Billie’s campaign was the first to include body hair in a razor commercial. Aerie’s underwear campaign featured models with visible disabilities such as vitiligo or having a colostomy bag.

We wrote about blogger Katie Sturino’s hashtag trend #MakeMySize. After she asked her followers if it was hard to find clothing in their size, 97% answered Yes, Sturino wanted to do something. Through her Instagram account, the12ishstyle, she regularly “super sizes looks” and calls out designers for not making her size. Or, when their plus size is pathetically unfashionable.

Rhiana’s Savage X Fenty fashion show was so inclusive Elle called it, “unlike anything the fashion industry has ever seen.”Harper’s Bazaar said, “It was a show that celebrated women and sisterhood to the fullest extent with beautiful dance performances, symbolic choreography, and a theatrical display.”

So, yes, fashion is probably at the most inclusive it has been. That doesn’t mean it is in any way equal. Look through any magazine, watch any runway show. The comments made by Ed Razek reflect a large part of fashion’s inability to change. Remember when Karl Lagerfeld said, “Nobody wants to see round women on the catwalk”?

What exactly does the future look like for the plus-size industry?

“It’s clear that American fashion has come around to size inclusivity. The question is whether it will continue to evolve or not,” says Lauren Chan the founder of Henning told Well and Good.

Aside from fashion openly having prejudices against larger women, it’s also a tactical issue. Sample sizes, the article points out, usually come in smaller sizes. Leaving plus-size models with less to try on at fittings, if anything at all. Plus, it isn’t as simple as one might think to just “make larger” versions of clothes designed with a certain body type in mind.

Founder of Chromat, Becca McCharen Tran, uses an example to Well and Good to explain. She said that when making a larger size for a swimsuit, they couldn’t find a 40G wire for the cup. Designers need to completely rethink how they make clothes. Ultimately, it’s whether their willingness to spend money and time on doing this.

Just yesterday, several plus-size models wrote an open letter to high-street shops. It included: Tess Holiday, Bella Golden, Lauren Nicole, Olivia Campbell and more. It urges popular clothing stores to be more plus-size friendly, acknowledging that in comparison to online stores, they are struggling. Maybe this could help them not close down.

It’s sad as it is real, but these stores need to hear this.

City Living 101: How to Get over a Roommate Breakup