It's actually quite boring seeing the same body type stomp the VS runway. Here is why their fashion shows need a revamp!

His point was clear: fantasies (presumably male-gaze) don’t include much variety in terms of body type, which is what the show reflects and uses to sell. Transgender,plus size and models that aren’t of the Victoria’s Secret Fashion Show standard do not, in his opinion, deserve a place in the show.

They later backtracked, stating that they would cast a transgender model in their show. It has yet to happen.

However much they apologized though, this insensitive comment opened up a conversation about the brand’s unawareness of its declining credibility. The New York Times reported that the Victoria Secret “stock is down 41 percent this year” and a Wells Fargo consumer study in 2017 found that 60% of those asked used the words “fake” and “forced” when describing the brand.

Since this is an opinion piece, I’ll be open about my dislike towards the show. I knew what it was about, but hadn’t watched it until 2016. I was studying abroad in America and the people that lived in the apartment I was visiting that night put it on TV. Did I mention they were all boys?

I very unenthusiastically watched and it took me a record few minutes before I audibly sighed. It was boring, uncreative and predictable. I realized that the only people in the room who wouldn’t think that, or who it was catered for, were the men. Victoria’s Secret may sell underwear to women, but what it’s selling is approval and desire from men.

The media also pushes the idea that men should look a certain way and behave in a certain way. It is, however, in no way on the same level that the standard of beauty is for women; One that has been fueled, not created, by the media, which still remains a predominantly male controlled industry.

The shows, as I said, are painfully unimaginative. We get it, they are angels. Angels wear wings. And, it’s almost been the same since the shows started in 1995. The year I was born. For 23 years the show has consisted of thin, tall models parading down a catwalk with little underwear and in the later part of the show’s history, huge wings or other forms of decorations strapped to them. 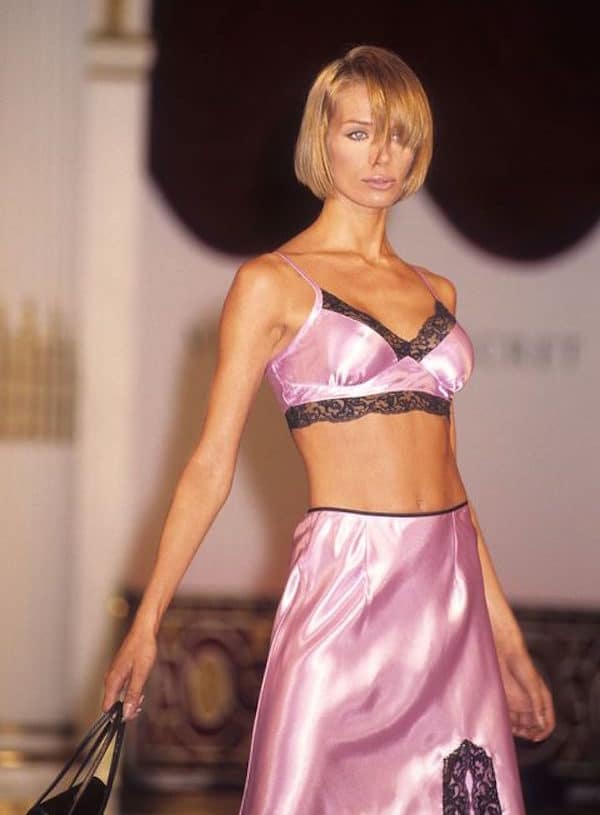 This might have been innovative at first, even bold. The models in the show were, as Razek said in the same interview, “too big for other runway shows.”

“By the way, in 1999, 2000, after we’d done the show for a few years, none of the designers who did shows would use any of our girls. They were too “fat” was the prevailing wisdom of fashion at the time,” he points out.

So why not keep up with this daring attitude? Maybe it once worked so well that the brand is stubborn to adapt to 2018. After all, it is still the number one lingerie brand in the U.S. But things are slipping. They no longer sell swimwear or clothing, to focus solely on their failing sales in stores, which they plan on closing up to 20 throughout 2018.

More recently, the C.E.O of the brand, Jan Singer resigned and Denise Landman, executive officer of Pink, is leaving her role at the end of the year.

Victoria’s Secret is dated. The whole perception that “sex sells” and showing one type of body is something that consumers are beginning to see as stagnant. We no longer expect to see the “supermodel” type advertised in the clothing we’re supposed to look the same in.

We know better. Thanks to the transparency that other lingerie companies are showing.

One of the biggest examples and paradox of VS is Rihana’s Savage X Fenty line. In an interview about her show, Rihana explained that it was “Women being celebrated in all forms and all body types and all races and all cultures. It’s a celebration of womanhood.” 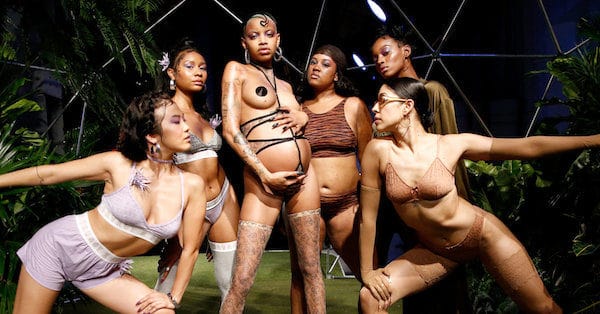 These models weren’t airbrushed, on the VS diet or adorned in overtly sexy (uncomfortable) underwear. Ranging from curvy to slim to athletic, of different ethnicities, showing scars, tattoos and stretch marks. They were, from a holistic perspective “real women”.

I say, real women, not to take anything away from the body type that the VS fashion show uses. I know women with slim, runway model style bodies and they are absolutely real. What the Savage X Fenty show, what Aerie is doing, is simply showing more than one body type. Therefore making it more inclusive, and, more realistic.

Growing up, I would flick through magazines to find a model with hairy arms like mine. I never did. It made me believe that the way I looked was odd and undesirable because no one that was projected to be beautiful had hairy arms. It was easy enough to make the connection at a young age and from the ages of 12 up until 22 (last year), I shaved them. Having, what I thought were acceptable, hairless limbs made me feel less imperfect.

But, I am a slim, white, cis woman. There is no comparison to the way other people that don’t fit that category felt, as their younger selves (and current) flicked through magazines to see themselves represented in any way and didn’t.

We need inclusivity not because the world is “too PC” or sensitive. We need it so that nobody feels invisible anymore. Not seeing yourself amongst the images of what is “beautiful” can leave you feeling lost and unimportant. Victoria’s Secret has all the resources to change. Judging by their sales and overall image it looks like they might have to unless they want to be pushed under by body positive, comfortable, higher-quality underwear brands.

Going Through a Quarter-life Crisis? Read These Books

Cozy up This Winter at These Nyc Bars