Where Are the Kids from The Original Jurassic Park Now? (Including Joseph Mazzello)

Here's what Ariana Richards and Joseph Mazzello are up to today! 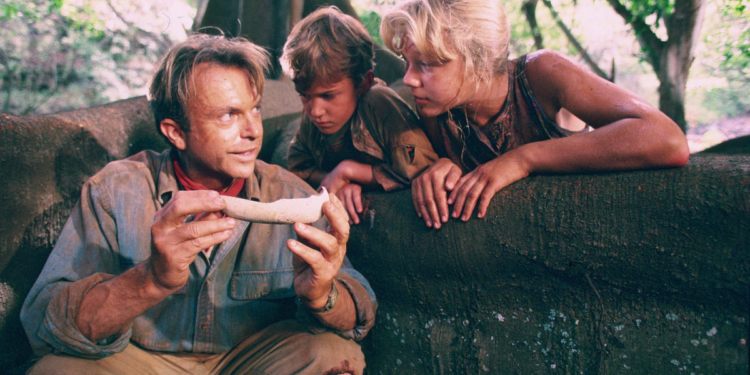 Who can say it has been more than a couple of decades since Jurassic Park hit the screens! Time does fly, and how! Steven Spielberg opened a whole new world of raptors and the foolhardiness of taking cover in porta-potties to his audience. Jurassic Park is undoubtedly one of the biggest Hollywood movies of all time.

An Iconic Film in Every Sense

Believe it or not, it made more money in its first weekend in the history of cinema, and in nine days, managed to cross the $100 million mark! The legendary movie, besides its ludicrous life-like dinosaurs, had a stellar cast to boast of! The child artists were quick to grab attention and win hearts, so much so that most Jurassic Park fans must have them still etched onto their memories.

The recent premiere of Jurassic World broke the record for the biggest opening weekend in history! If you’re a fan of the movie, you must be curious to find out what the plucky kids of the much-celebrated film are up to these days! The classic dino film made the child actors Ariana Richards and Joseph Mazzello superbly famous overnight, so much so that they were instantly identified by their screen names, Lex and Tim Murphy.

After the original Jurassic Park, child actor Joseph Mazzello played the character of Tim briefly in The Lost World. Though he had spent a few quiet years in between, Joseph has managed to make his mark as an impressive actor. Over the years, he has established an illustrious career, having shaken off his child star status long back. He has played some memorable supporting roles in The Social Network and the TV show The Pacific, produced by Spielberg. Movie buffs loved him as Queen bassist John Deacon in the Freddie Mercury biopic Bohemian Rhapsody.

Mazzello continued to be very much a part of the film fraternity. The 31-year-old actor went on to get a degree in cinema and television from the University of Southern California. He also reportedly got some help from director Steven Spielberg. In a media statement, he mentioned that Steven had written a recommendation for USC to go to film school. He further added that Steven has been by his side through thick and thin as a constant source of support.

Besides Jurassic Park, the actor is best remembered for his role in 2010, when he played the role of Facebook co-founder Dustin Moskovitz in The Social Network. Going by media reports, he is honing his skills as a director and writer these days. His debut directorial venture was in the form of the film Undrafted. Alongside, he also runs a production company called JJM Productions.

In those days, a prolific child star, Richards, now 35, almost bid adieu to acting after facing off against the T-Rex. It might come as a surprise to many, but she is a successful painter whose work you can enjoy on her website. It looks like she has established herself as an artist and is spending a gala time, traveling around the world to paint and promote her work.

Ariana Richards lives in Salem, Oregon, and still participates in events related to Jurassic Park. She was also spotted at the premiere of Fallen Kingdom. She has stated in a media statement that though she went on a hiatus post-Jurassic Park, she won’t mind coming back to the silver screen. However, given her current busy schedule, it indeed looks difficult. Moreover, Richards recently announced that she is expecting her first child with her husband, Mark Bolton.

The 1993 release was no less than a revelation; no wonder it paved the way for two sequels and became a franchise in itself that kept science-fiction fans entertained for years. The movie was not only brilliant but also eye-opening, in more ways than one. Besides the dinosaurs, what made the movie a standout was its stellar cast. Over the years, we’ve only grown fonder of the characters!

No matter what they are up to these days, the kids from the movie will forever be associated in our hearts with the characters they played!

Why You Should Rewatch the O.C. with Willa Holland in 2021

Monet Mazur and Her Siblings All Have Interesting Names