American actor, Breckin Meyer, has starred in some classic teen movies. Check out this article to learn more about his roles. 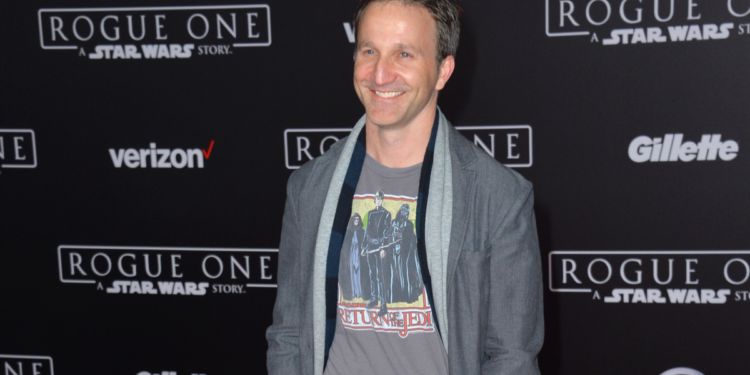 Who Is Breckin Meyer, Anyway?

He started doing TV advertisements, after which he appeared as a child actor in the 1982 game show Child’s Play. In his initial career, Meyer played the voice role of Spud in the 1986 animated TV series ‘Potato Head Kids’. He then went on to star in various teen movies.

Here are 3 amazing teen movies starring Breckin you should rewatch every year:

Starring Alicia Silverstone and Paul Rudd as the main characters, the movie is witty, satirical, and funny, with lots of cultural influences. Clueless (1995) isn’t your usual teen, high school movies dominated by a rich, valley girl as the prom queen. Well, it actually is. But the movie is more than that.

The director did an amazing job letting other characters shine. You’ll come across Breckin, who takes the role of Travis Birkenstock. He is a tardy skateboard enthusiast who isn’t as rich and wealthy like most of his high school peers. And he loves it. He even gives an amazing speech on how grateful he is for his life.

As Travis Birkenstock, Breckin gives a great performance where we get to root for the underdog when he pursues Tai, played by Brittany Murphy. Travis eventually wins Tai’s love even though she doesn’t notice him at first.

Basically, Clueless (1995) is all about a popular girl in a Beverly Hills high school finally realizing her self-absorption and deciding to help others. This makes it a perfect movie for any teen struggling with popularity in school.

At the same time, this 1995 movie is very relatable if you were one of the less popular kids in high school, and you’d love to see an underdog like Travis (Breckin) winning a popular girl (Tai).

The movie is also well written and has impactful cultural and fashion influences. For instance, Iggy Azalea used Cher Horowitz’s fashion in her song Fancy, which was her breakout hit back in 2014.

This is another movie where Breckin plays a minor role, but an impactful one. He is the wisecrack and arrogant friend to Chris Hooker, a popular heartthrob boy admired by main character Sarah Bailey, played by Robin Tunney. Breckin’s character is memorable because he represents the sidekick who is always trying to bully others on behalf of the popular kid, who usually doesn’t want to get directly involved in being evil. Which he always does anyways!

The Craft is about three high school girls practicing witchcraft on anyone who irks them. The movie is kind of a horror and a teen romance at the same time. The film is well directed and amazingly written, even though it had mixed criticisms and reviews.

Still, The Craft (1996) earned a total of $55 million worldwide on a $6.7 million budget. It even garnered a cult following over the years. The movie was even nominated for the Saturn Awards as a Best Horror Film. It was definitely a surprise hit.

For a teen who loves horror movies and would appreciate something relatable, then The Craft starring is an ideal film. Even though its campy magic and witchcraft theme is amazing, don’t let it override the subtle feminist message being passed across. The Craft is a celebration of teen female independence and a girl’s nonconformity in high school.

In this movie, Breckin is a surfer. And even though he’s not one of the main characters, his presence in the movie is indisputable. Breckin gives a memorable performance in this cult classic.

The movie has an energetic, satirical, and weird feel to it. This makes a great movie worth revisiting if you miss movies made in the 90s. The director (John Carpenter) exploits concepts of the satire movie genre while depicting lots of realism to the film.

Escape From LA may not be an LOL film, but it’s definitely funny. You’ll be smiling throughout the movie. The film is cartoonish and surprisingly cheesy, with lots of anarchic and campy ideas.

Therefore, if you’re looking for a teen movie that’s both humorous and adventurous, the Escape From LA is what you need. And if you love Breckin Meyer, this is a must-watch.

9 Reasons This Is the Best New York City Steakhouse

How to Pick the Best Pandora Rings for Your Girlfriend