Monet Mazur and Her Siblings All Have Interesting Names 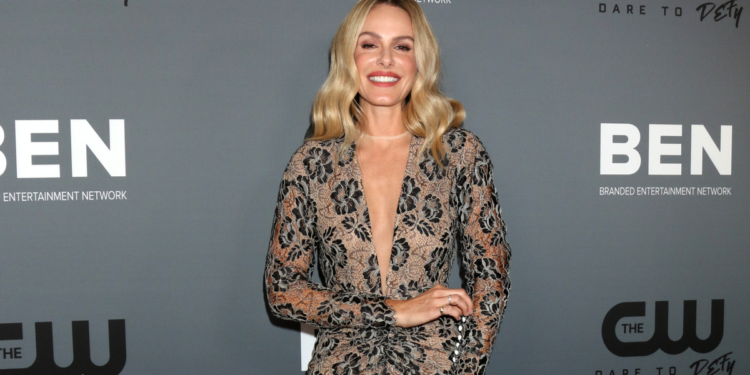 “What’s in a name?” You may be prompted to ask. Well, a person’s name holds great meaning and relevance to their identity. Names have since been immortalized in poetry, prose, and religious ceremonies. In some cases, a person’s name holds some influence on their character. Parents have gotten pretty creative with naming over the years. You would be surprised at the inspiration behind some names. Some parents are clearly more creative than others when it comes to coming up with unique names –  this is the case for one Monet Mazur and her siblings.

Who is Monet Mazur?

Monet Mazur is an American actress born on 17th April 1976 in Los Angeles, California. Her parents are model Valerie Chasin and Ruby Mazur – creator of the ‘tongue’ logo for the Rolling Stones. Mazur is the oldest of four siblings and the only daughter. She is Jewish from her father’s side.

Mazur has been in quite a number of films in the industry. She has made several appearances on renowned shows such as; Deadman running, Monster–in–law, Torque, and Just Married. Her television career has also been industrious. The actress has been on Strange World, Chuck, Cold case, and CSI Miami.

She has also been on NCIS: Los Angeles and Secret Service. In the series Castle, Mazur also had a minor recurring role. Currently, she plays the part of Laura Baker in the continuing CW drama series All American.

Monet Mazur’s parents went all out in naming their children. When it came to choosing a name for their four children, Ruby and Valerie were very artistically inclined. Each of the children was given a first name that was the last name of a famous artist! Let’s have a look at the famous artists they were named after, and the meaning of their names bear.

Being the oldest, let us start with Monet. Monet Mazur was named after French painter Oscar-Claude Monet. Claude was the founder of impressionist painting and the key precursor to modernism. He was the most consistent and prolific practitioner of impressionism during his active career days. He painted nature as he perceived it, especially as applied to the outdoors.

Ruby and Valerie must have been great fans of the painter and his work to name their first daughter after him. The name Monet means ‘to be heard. They can also mean ‘solitary’. In Christianity, it means ‘to advise’ or ‘to counsel’. The English also take the name to mean ‘an attractive person. Presently, the name has been popularized by the actress Monet Mazur.

Matisse Mazur was named after the French painter Henri Emile Benoit Matisse. The artist was famously known for his draughtsmanship and use of color and fluid. He was also a sculptor and printmaker. Along with Pablo Picasso, he is regarded as one of the artists who helped define revolutionary developments in the visual arts throughout the twentieth century. He is credited with significant development in painting and sculpture and is an upholder of the classical tradition in French painting.

The name Matisse means ‘Gift of God ‘. It can also be a derivation of the name ‘Mathew’.

Cezanne Mazur was named after yet another French impressionist painter, Paul Cezanne. He was one of the greatest impressionists writers to come after, and he contributed greatly to the aesthetic development of art movements (Cubism) and many 20th Century artists. His art was not appreciated by most during his time, but he grew to challenge all conventional values of painting. He was also a big believer in personal expression as the integrity of the painting.

The name Cezanne is of French origin and means ‘name of an artist seeking freedom’.

See Also: How Did Bodhi Soleil Reed Somerhalder Get Her Unusual Name?

The twin brother of Cezanne Mazur, Milo Mazur was named after the painter, novelist, essayist and poet Jean Milo. He was the director of Le Centaure, a Belgian art gallery. Jean Milo was his pseudonym, his real name was Emile Van Gindertael. His major works and most notable accomplishments are; Le Marteau, L’Esprit de famille, Prix des Deux Magots and L’Étang de Malbourg.

The name Milo means beloved, or one who is dear, pleasant, or gracious.

Monet Mazur got married to British Film director Alex de Rakoff in 2005. They were blessed with a son in the same year and another in 2011. The couple, however, filed for divorce in July of 2018. Monet continues to excel in her career; she currently plays Laura Baker is in the drama series All American, which has been renewed for a third season. We just cannot wait!

Everything You Didn’t Know About Amy Acker’s Ballerina Career

What You Need to Know When Putting Together a Professional Wardrobe