If you've seen the show Las Vegas, chances are you know the face of Nikki Cox. Learn more about the beautiful actress and her most memorable moments. 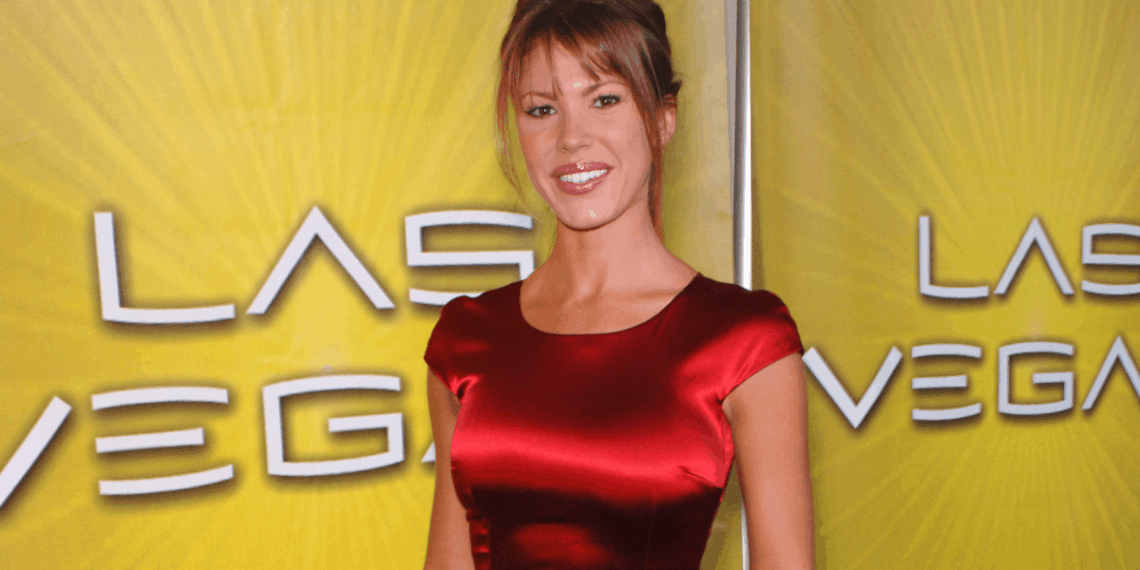 What happens in Vegas stays in Vegas! That’s the plot NBC’s hit series Las Vegas follows throughout the five incredible seasons. This American comedy-drama television series starring Nikki Cox and James Caan aired for the first time on September 22, 2003, and each episode was every bit worth waiting for the next.

Although every actor did a fantastic job on the show, the most beloved character throughout the series was Mary Connell, aka Nikki Cox. When the show was broadcasted, fans would wait every Monday to watch a fresh episode of the show, just to see Nikki Cox. The hit series kept the audience hooked to the television screens, but whenever Nikki Cox would appear on the screen, viewers were always stunned by her beauty and talent!

Check out these nine most memorable Nikki Cox moments that were show stoppers in the TV series.

What Was The Hit Series Las Vegas About?

The pilot episode, which began filming in March 2003, cost a total of $5 million. It was probably one of, if not the most expensive pilot episodes NBC had ever had. The story revolves around Montecito, a fictional casino and hotel that is located in Las Vegas.

Everyone working for Montecito faces some problems related to the hotel/casino business regarding security, valet parking, and restaurant management. Ed Deline (Caan), who is an ex-CIA officer, also works to carry out smooth operations in the Montecito on which the series was originally based.

Who is Nikki Cox

Nikki Cox, who played Mary Connell’s role in Las Vegas, has always been a fan’s favorite; however, most people only know her through the screen. Nikki Cox started her first stage appearance at the age of 4 in various ballet productions in her real life.

She also appeared in many movies most of us are familiar with, including Star Trek, Mama’s Family, Baywatch, and Blossom. Another one of her most renowned sitcoms is Unhappily Ever After, which also ran five successful seasons between 1995-1999. Other than TV shows and movies, Cox has also been nominated for the Grammy Award for Best Comedy Album.

Cox was married to Jay Mohr in 2006 after they met on Las Vegas sets, but unfortunately, due to irreconcilable differences, the couple split in 2018.

Cox has proven her talent from time to time through her marvelous acting in various TV series and movies. Nikki Cox was one of the best characters in Las Vegas, and in fact, when she left the show due to some other project, the series ratings went down! That’s how much fans loved her.

Here are nine memorable Nikki Cox moments we loved in Lag Vegas that just made us say wow!

If you have watched the pilot episode, you surely cannot get that beautiful smile out of your head! It is such a catchy smile; it makes you want to smile. No doubt Nikki Cox has a beautiful smile, and that moment in the first episode just captures our hearts!

When Mary Meets Her Father

The part where Mary Connell meets her father, inviting her to meet his new wife, is remarkable. When we get to know that he sexually harassed her as a little girl, all our sympathies and empathies subside with her. That’s the exact moment she made half the audience her fan just over five minutes that the specific scene aired.

That Black Dress in Episode 10

Nikki Cox looks stunning in that black body fit dress she is wearing in the episode. With her hair up in a bun, she is definitely a style inspo right there!

Though her haircut and styling seem to differ in every season, she looks beautiful with those fringes and mid-length hair. Let’s not forget about the hair-flipping part, though. She is ravishing!

Throughout the seasons, we see Mary Connell in a stressful situation when it comes to talking about her father. However, by the end of season four, when she finally decided to take revenge and kills her father, it awed the audience.

Evolution of Her Character

In the pilot episodes and till season four, we see Mary Connell develop from a soft, scared girl to a brave girl who decided on taking her right to justice. When she purchases a gun, it is more of a shock to the audience as they did not expect that from her. However, her evolution into a strong woman was alluring.

When Danny proposed an engagement to Mary, her expressions are heartwarming. Watching that specific scene will actually make your heart melt, it is probably the sweetest relation on the entire show, and honestly, we wish they stayed together till the end!

Do you remember that part when Mary is at the bar having a hard day, and Danny taps her shoulder from behind? That is the best moment in the entire episode. The way she hugs him and kisses him with so much compassion makes the audience feel this couple’s love was meant to be! Of course, all the credit goes to great acting done by Cox!

Helping Her Step Mother and Half-Sister Testify against Her Father

This whole episode was probably the most powerful phase we saw of Nikki Cox as Mary. The audience truly admired her for this role. This was one moment where people actually supported her a lot; however, when she lost the case, she still did not give up.

As we said, these series will keep you hooked once you start watching them.

You might not be a real Nikki Cox fan if you have not watched Las Vegas! These are just some of the best moments we have recollected from the show that the audience loved, but you might have your own when you watch the show. Nikki Cox acting as Mary Connell is commendable throughout the series, and we just cannot get enough of her looks or her smart moves. Take a look yourself!

Bustier vs. Corset – What Should You Pick for Your Outfit?