Learn more about the busy and talented Olivia Taylor Dudley and the many different roles she has played. 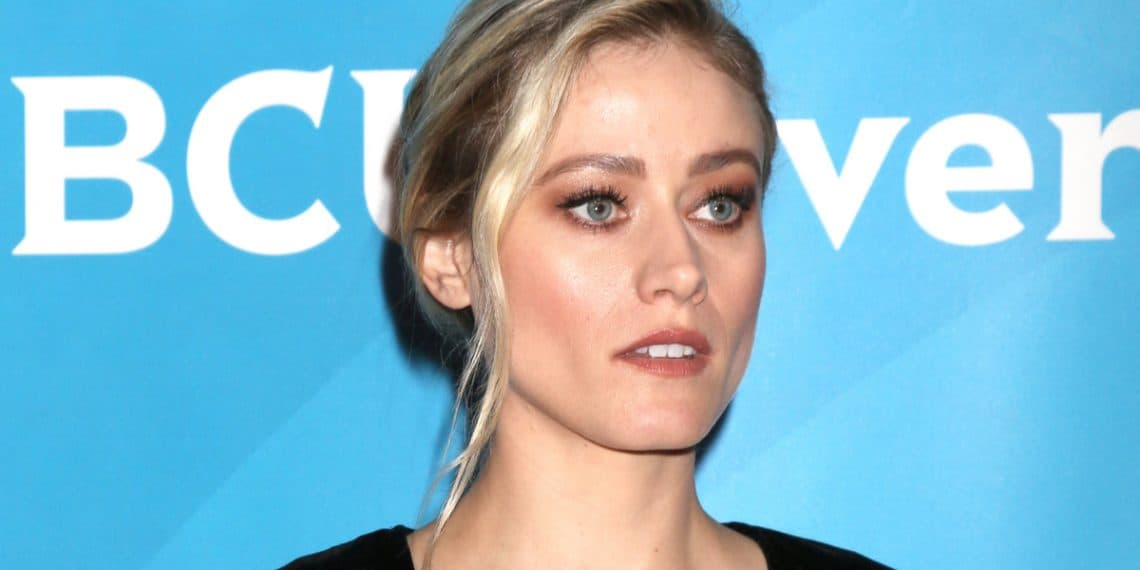 Olivia Taylor Dudley is an actress who has appeared on countless different shows and movies, including The Magicians, The Vatican Tapes, CSI Miami, and Curb Your Enthusiasm. Born in Morro Bay, California, Dudley moved to Los Angeles when she was 17 years old and had been working in television and films ever since. At just 35 years old, she already has 38 different acting credits under her belt and has somewhat of a pension for horror flicks. Olivia’s first acting credit occurred in 2017, and she has been staying busy in both film and television.

Dudley’s first major television credit occurred between 2011 and 2012 on the famed CSI: Miami. This show starred Dave Caruso, Emily Procter, and Adam Rodriguez. Focused on a crime scene investigation unit located in the Sunshine State, Olivia had a 3-episode arc as Elizabeth Clark. Olivia’s character was part of a serial killer storyline on the show, in which an old nemesis to the crime scene investigation team makes a comeback.

After her first television role on CSI: Miami, Olivia appeared on the Mindy Project in 2013. The episode titled, The One That Got Away featured Dudley as a tattoo girl. Other notable stars on the show include Mindy Kaling, Chriss Messina, Ed Weeks, and even a guest-starring spot from Seth Rogen. The episode focuses on the title character’s run-in with a former crush she is trying to keep from returning to the military.

Another notable show, Olivia appeared in Aquarius in 2016 with a 5-episode feature. The episodes titled I Will, Mother Nature’s Son, Can You Take Me Back, Blackbird and Sexy Sadie (notice any of the Beatle’s references) feature Dudley as Billie Gunderson. Another crime drama, Aquarius, features big-name television star David Duchovny as Sam Hodiak, a fictional LAPD detective. On Aquarius, Olivia plays another character that’s wrapped up in a serial-killer storyline.

Curb Your Enthusiasm is an American comedy series that premiered on HBO in October of 2000. The series, created by comedic heavyweight Larry David, stars as a fictionalized version of himself.

Olivia Taylor Dudley plays a female swinger in the episode titled Fatwa!. In this episode, Larry has a scheduling conflict with his best friend’s daughter’s wedding day. Dudley appeared on the show in 2017.

Moving on from guest roles and featured acts in big-name television shows, Dudley currently stars in The Magicians and Alice Quinn. Airing on SyFy in 2015, Olivia’s Alice Quinn is a talented and natural magician. She holds the title of “Queen Alice the Wise.”

The show centers around a magical school called Brakerbills University, which helps teach magicians around the world hone their skills. Out of 65 episodes, Olivia appeared in 64.

If one thing is for sure, this girl stays busy! From 2009 to now, Olivia Taylor Dudley has been featured in 27 episodes of 5-Second Films. She played various characters throughout her run on the show.

5-second films is an American film group that creates and develops a web series for their YouTube channel and website. In their ongoing series, they release a new show-film or show every weekday. In case you haven’t guessed it, they last about 5-seconds.

The Comedians is a television show feature funny guys, Billy Crystal, and Josh Gad. Dudley was featured in three episodes at the beginning of the series in 2015. She appeared in the episodes titled Celebrity Guest, Charity, and in the pilot episode.

In The Comedians, she plays a barista in the show about sketch comedians. We may have seen more of her throughout the series, but it sadly ended after one season.

What’s Next for Olivia Taylor Dudley?

Over her nearly 15-year career, Olivia has delighted her audience in many different roles throughout both television and the big screen. Appearing in big-name shows like Curb Your Enthusiasm and CSI: Miami, she has made sure to balance that with other projects such as the Magicians and 5-Second Films. Dudley’s characters are vastly different, showcasing her incredible range and dedication as an actress. Her varied list of roles shows how willing she is to try new things to keep audiences guessing.

Next up, Olivia has upcoming roles in two films titled Canary, a drama, and Some of Our Stallions, which is in post-production. In Canary, she plays Lil Lady, and in Some of Our Stallions, she plays Bonnie. With nearly 40 acting credits to her name, it is clear that Olivia is committed to her craft and has no plans to walk away from the screen anytime soon. Audiences can be sure to continue to see her as many different characters on both television and in the movies, and she keeps exploring the many different ways that she brings stories to life.

Is It Worth Getting the Sephora Credit Card?