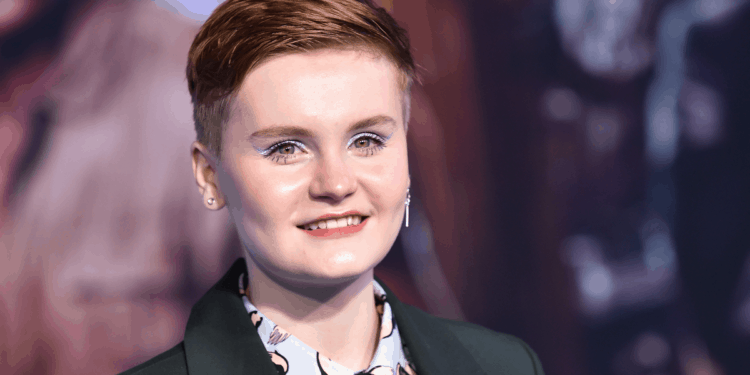 Audiences of all ages loved watching the recent hilarious Jumanji films–kids enjoyed the story and humor while parents could relive the nostalgia of the original 1995 version. The 2017 adventure comedy was led by a strong cast, as anything with Jack Black is automatically entertaining. Famous comedians and actors played the main characters, but the supporting cast also shone despite being lesser-known. Morgan Turner starred as one of the students in the film and quickly gained fans for her performance.

Who Is Morgan Turner?

Morgan Turner is a 21-year-old actress from Pennsylvania, USA, and started acting in 2006 when she appeared in Invincible with Mark Wahlberg. Over the following years, she has had minor roles in films and appeared in the occasional television series. Turner’s most notable roles include Mildred Pierce in 2011, Blue Bloods in 2013, and Quitters in 2015. She’s starred alongside some well-known actors and managed to hold her own, proving she has the skill to be on-screen.

Turner is most famous, though, for her appearance in the recent Jumanji films. She took on the rebellious student Martha Kaply in Jumanji: Welcome to the Jungle in 2017. She played Karen Gillan’s character in the real world. Turner later reprised her role for the 2019 sequel Jumanji: The Next Level.

She is still a young actress and has strong potential to achieve success within the industry. Although her filmography might still be limited, she slowly gains notoriety and appreciation for her work and talent. If you have enjoyed watching her performances and are curious to learn more about the young star, keep on reading! She keeps her life very private, so here are seven things that you might not have known about her.

1.   She is an experienced dancer

Morgan loves to dance and has been doing it since she was a child. She trained in ballet, tap, contemporary, and even Irish step dance. Although she doesn’t have as much time for it now, she still enjoys moving around whenever she has free time.

Her full name is Morgan Jeannette Turner, but she prefers to go by Mo instead. It is a cute and short nickname, perfect for the actress. She even uses it for her Instagram handle @mozefro.

Morgan is a triple threat, as she not only loves to act and dance, but she can sing as well. She is in three different bands and enjoys participating in shows every weekend. She has played the bass in Double Suede since 2014, sings in Muddyjean since 2017, and plays the bass in Yeet since 2019. Double Suede released their first EP, “In Less Light,” in 2017 and continues to be active today. Morgan has a hectic schedule between all of her bands and acting career.

4.   Her mother is also an actress

Her mom is Sandra Landers, an actress who appeared in The Report in 2019, School Ties in 1992, and FBI in 2018. Her mother has had various minor roles, but it might have inspired her daughter to give the film industry a try as well. We guess acting runs in the family!

5.   She loves to watch movies and television shows

Just like the rest of us, Morgan has been spending her 2020 locked at home watching shows all day. Her favorite television series of all time is Doctor Who, and her favorite movie is Marriage Story.

6.   She is passionate about astrology and tarot

Morgan is very intrigued by holistic healing and witches. She loves studying astrology and conducting tarot readings as they serve as a sort of hobby and form of therapy. This involves using crystals, horoscopes, and numerology to heal the physical, mental, and spiritual self.

At this point, what can’t Morgan Turner do? In addition to singing, dancing, and acting, she’s also a very talented artist. Morgan enjoys drawing and sketching in her free time, often posting her work on her Instagram account. She even helps to create the concepts and visuals for her band’s posters and music videos.

Morgan has numerous hobbies, from ultimate frisbee and art to spiritual philosophy and music. She is a firm advocate and member of the LGBTQ community and uses her platform to support their fight for more rights. Her talents and interests are endless and add to her extraordinary personality.

With only a few films under her belt, she has demonstrated just how much potential she has to grow as an actress and reach notable success. Based on her talents, we will most likely see her more often on the big screen! We can’t wait to see what other projects Morgan Turner takes on and where her career leads her in the next few years.

How Michael Pena Got the Role of Kiki Camarena In Narcos: Mexico

Do You Want to Know Why Alexa Chung Is Our Favorite?