From her favorite passtime to her upcoming podcast, learn more about the talented Anna shaffer and some facts you didn't know about the actress. 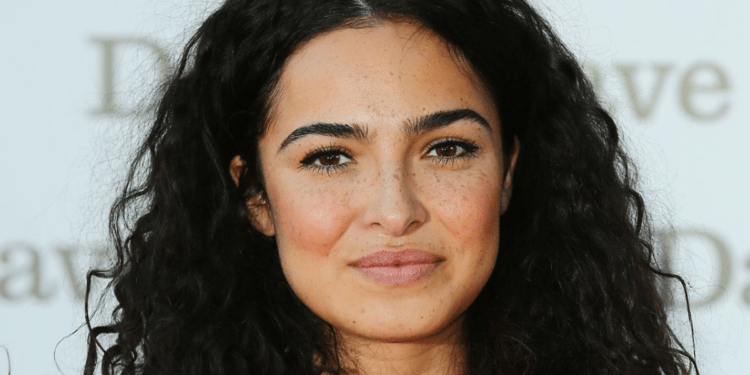 Most of us know Anna Shaffer from the famous show, The Witcher, but Harry Potter fans can recognize her instantly for her powerful performance as Romilda Vane in the film series. Although this curly-haired actress appeared in just a few shows and movies, she made her mark in the industry. You will mostly see her in sequels related to magic and mystery, and her acting is truly enjoyable! If you have been seeing her on-screen and admire her, here are seven things we will tell you which will make you say, “oh really?”

Who is Anna Shaffer?

Born on March 15, 1992, this talented English actress always had a flair for acting and drama. She is best known for her role as Ruby Button in the teen soap opera Hollyoaks which covers many taboo topics and caters to a wide variety of audiences of all age groups. In 2007, Shaffer was cast for her distinct looks and brilliant acting in Harry Potter and The Half-Blood Prince as Romilda Vane. She reprised her role in the following sequels, in Harry Potter and the Deathly Hallows – Part 1 and Harry Potter and the Deathly Hallows – Part 2 in 2010 and 2011.

In 2010, Shaffer joined the cast of Hollyoaks as Ruby, and the audience really appreciated her acting. This was her first onscreen appearance, but she left the series in 2014. Shaffer made a comeback in 2017 but only briefly. She also appeared in one of the episodes of the compelling, murder, mystery drama series Glue, as Heather.

In the famous drama series Class, she played the role of Rachel in two episodes as well. 2018 onwards, Shaffer has been busy preparing her role for The Witcher.

7 Things You Did Not Know About Anna Shaffer

Do you admire Anna Shaffer on screen? Well, if you do, here are seven things you probably did not know about her.

She wanted to be an actor from a young age

In an interview, Shaffer told the audience that she loved drama at school; even on play dates, she and her friends would always play make-believe. She used to have a fancy dress box with her mother’s clothes and even made a kitchen sink and re-created acts with her friends. As a teenager, she even joined a performing arts center. She auditioned for Vodaphone which turned out to be terrible, but her second audition was for Harry Potter which got her the runway to stardom!

We already know that Shaffer is super talented, but this talent does not only shine through her auditions but also her work in other domains. She has been recorded to have said that she and her best friend Rowena are working on their own podcast, Thirsty. It seems like something exciting is coming our way!

Shaffer says that she does have a supernatural power, but that helps her in no way. Shaffer always bumps into unexpected people, those who she knows but does not want to interact with. Superpower or a curse? She cannot decide as yet, but it frequently happens to her!

Being the fascinating person she is, here is yet another amusing fact about her! While filming Harry Potter, her favorite part was Craft Services! Yes!

Seems like she is a foodie like the rest of us. She made lots of friends, but the best part she reports is Hogwarts itself. the actress also took home her tie from the costume she wore in the movie.

Shaffer loved playing PlayStations and Game Boys after school. She might look like a typical girl, but we can see that she is pretty tomboyish gamer at heart!

In Hollyoaks, there are many dramatic scenes where the actors were required to cry, but it was a real challenge for Shaffer! The director had to use some tricks to produce tears until it looked like she was crying.

In 2018, Shaffer posted on her Twitter account that she was sexually assaulted while on a Tube to London’s Knightsbridge Station, where a man tried to put his hand in her back pockets. However, a female passenger helped her, and she later reported to the police.

Anna Shaffer is one actress we love watching on screen. There is something about her brown eyes and curly hair that catches the audience’s attention and captivates them! It is just not about her looks, but her acting skills are marvelous as well! Though we might have just seen tidbits of Shaffer in movies and sometimes TV series, we would love to see her more often! Her supporting role in The Witcher as Triss Merigold has already won the hearts of many, and she continues to broaden her fan base with her great acting skills!