New York Gal » Do You Want to Know Why Alexa Chung Is Our Favorite?

Do You Want to Know Why Alexa Chung Is Our Favorite?

We love Chung so much, we wrote a whole article about her. 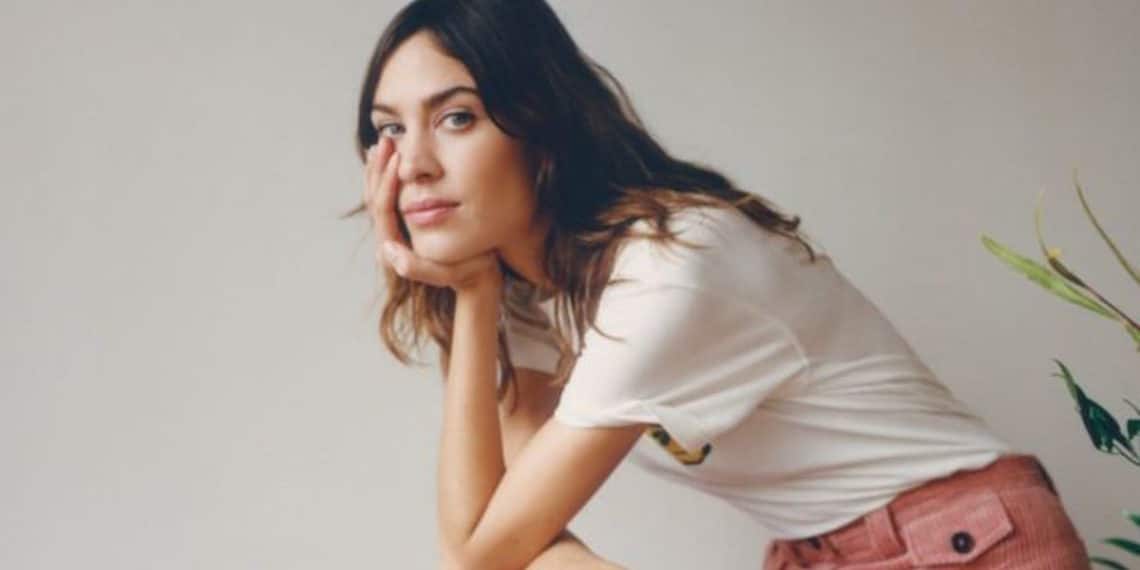 Alexa Chung is often praised and named as one of the best-dressed celebrities. Although she began her career in modeling as a teenager, she is now known for multiple things; From her book, to her fashion line, to her Instagram posts.

Frankly, we love her. She ticks so many boxes it’s as if she’s the British, female, version of James Franco- with better hair. Here are just 13 reasons why we can’t get enough of Alexa.

One of Her Fashion Icons is Her Grandfather 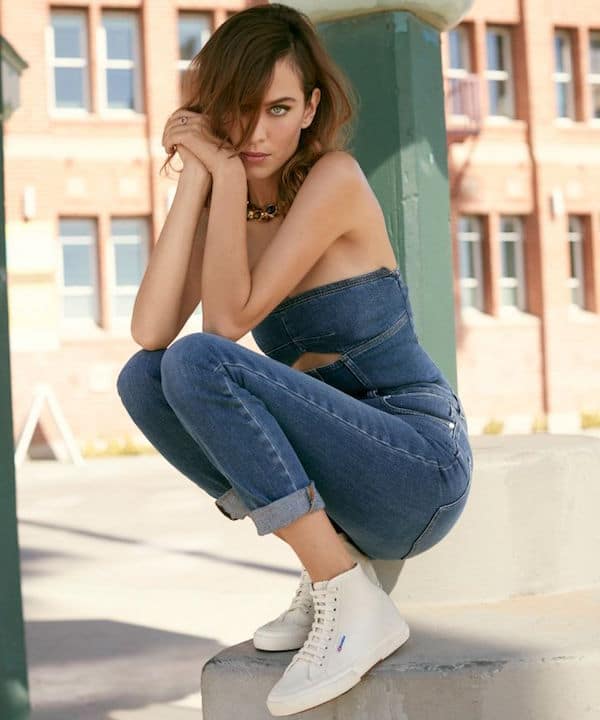 In her book, humbly titled It,Chung writes about her fashion icons. As you can tell, she takes a lot from Mick Jagger (just look at her hair) and other 60s babes, like Bridgette Bardot. Most importantly, though, is her page dedicated to her Grandfather and his style influence. It’s as heartwarming as it is funny when she reminisces of his trainer (American translation: Sneakers) fascination and the pride he took in always having the freshest pair.

She’s Had Plenty Of Job Roles 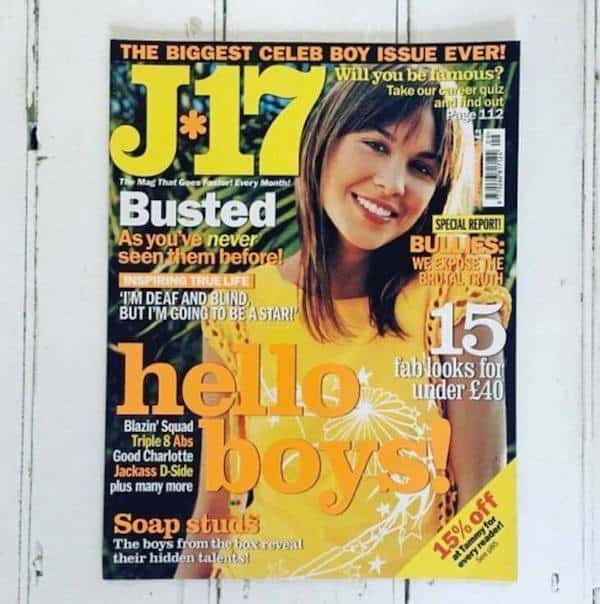 As we mentioned, Alexa began her career as a teenage model, one she likes to joke about on her Instagram. She regularly featured in early 2000s teen magazines, with how to’s on “making your crush fall in love with you” and “the glossiest homemade lipgloss” tutorials. In 2006 Chung moved on to presenting PopWorld on T4, which reviewed and focused on upcoming talent. This would be the initial realization for the rest of the world that the cooky, boyishly dressed 20-something was one to watch.

Her Cake on The Great British Bake Off

In the name of charity, and our entertainment, Alexa Chung participated in the Comic Relief Bake Off in 2015. Her cakes and humor furthered the proof that she is as creative as she is hilarious. She impressed the judges with her selfie cake and crumpets and did indeed “crack Paul Hollywood” as she tweeted before the airing of it and came second.

That Video of Her Singing Karaoke

Just as we thought she couldn’t get any more talented we learned that Alexa Chung can sing. Of course, she can, she’s Alexa Chung. The self-admitted karaoke-lover released a video with Vogue of her singing Stevie Nicks’s Blue Denim at a party where someone says, “She’s so cute but she keeps singing this song again!”

Her Voice is Kind of Cool 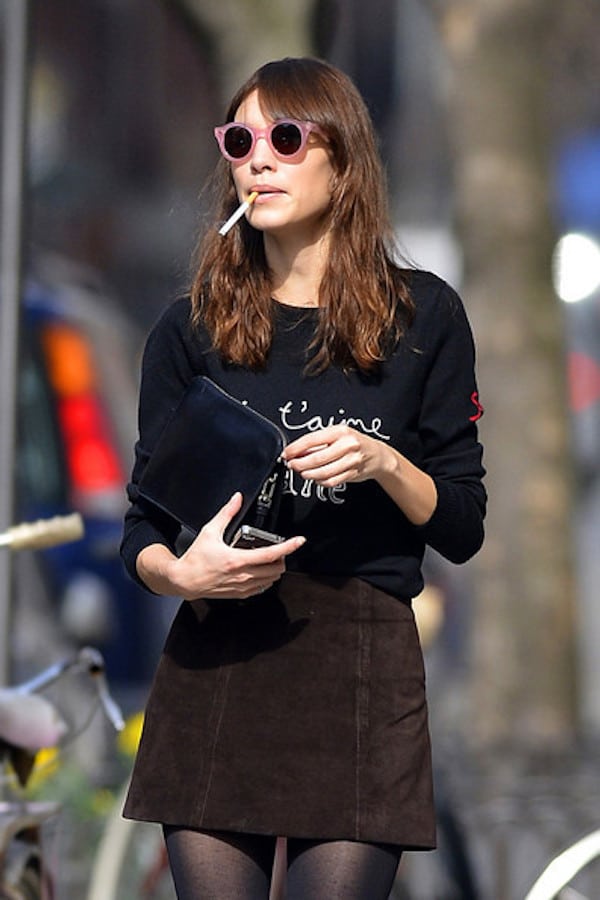 Aside from her singing voice, Alexa’s husky voice is somewhat intriguing to listen to. She sounds as if she smokes, which she does, but not in an off-putting way. In fact, it’s actually quite a nice quality of hers. 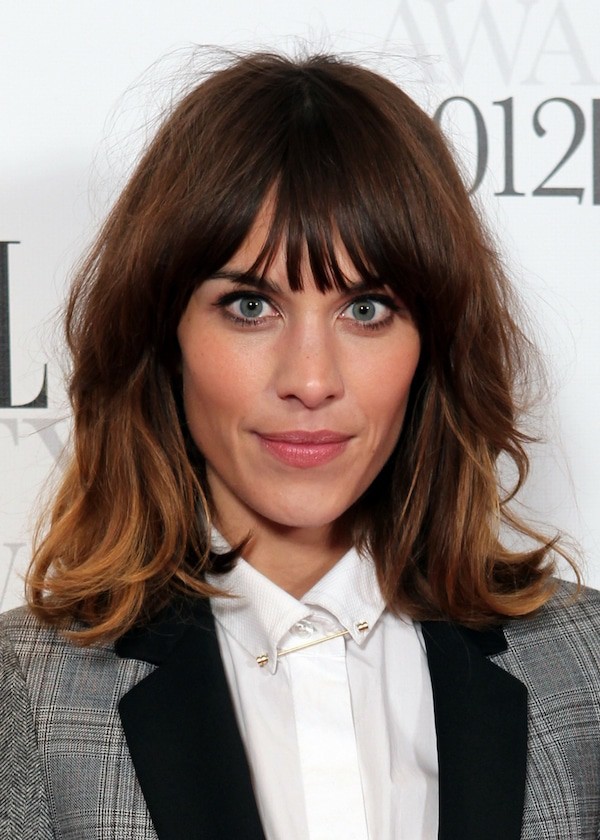 It looks as if she never brushes it and yet it’s always shiny. It’s not too long or too short and I’m glad she’s always had the same style and resisted the urge to dye or do anything to it other then let it be. 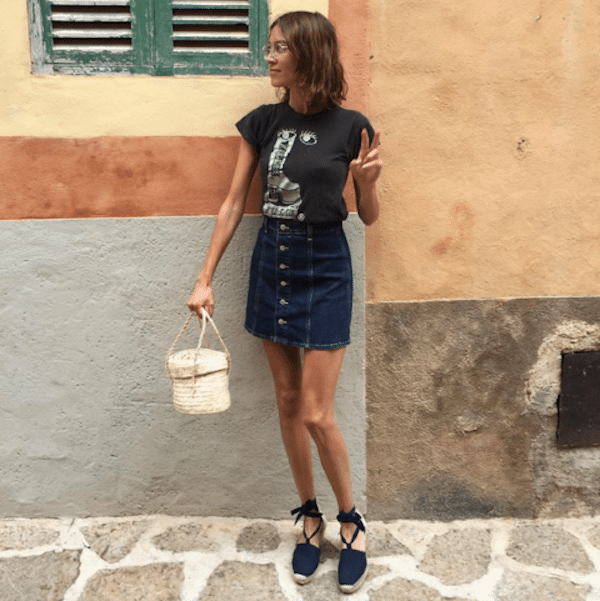 It’s tomboyish, classic, chic and effortless. Chung embodies the saying “she could look good in a bin bag”. Whether it’s a simple jumper and skirt combo with tights or a long flowing floral dress, she really does look good in anything. Not only that, she knows how to make an outfit look as if not much thought has been put it to it and iconic. How?

Yes, she’s very funny. Her sense of humor is quintessentially English and dry as she often comes out with witty remarks. “When I’m wearing makeup I choose between doing my eyes or mouth because I don’t want to look like a beauty pageant child.”

Why did it end? Alexa has mentioned a few times that at school before she got into modeling and presenting, she wanted to become a fashion journalist and this series shows why. Her knowledge and interest in the future of fashion were incredibly insightful as she investigated several different roles in the industry and trends and where they will go.

Her Book “It” is Sacred 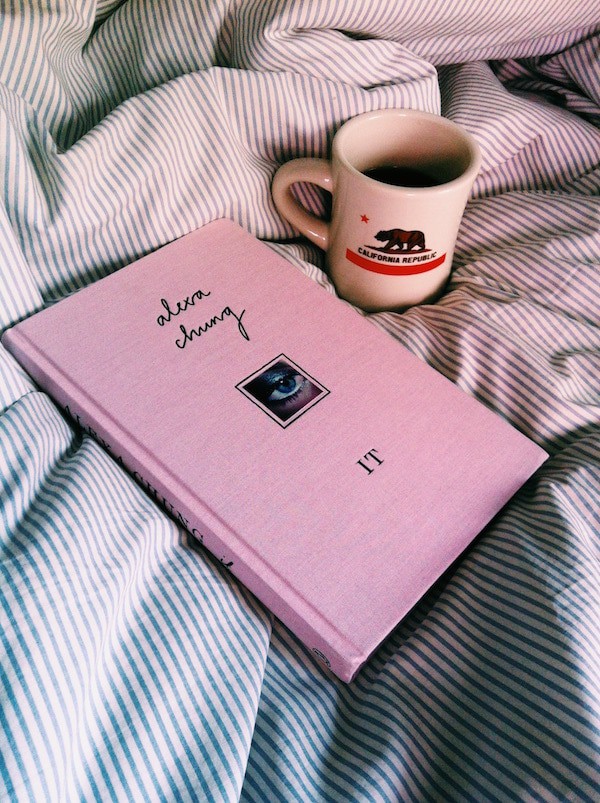 When It first came out, photos of pages, quotes and the book next to coffee mugs spread all over Instagram. The millennial pink cover and beautifully designed layout throughout the book would have been enough for most of her fans, even if the book was filled with awful content. However, Alexa showed that as well as everything else, she is a great writer and storyteller, as she documented style, her life and even heartbreak in her aloof yet mesmerizing way.

She (finally) Has Her Own Clothing Line 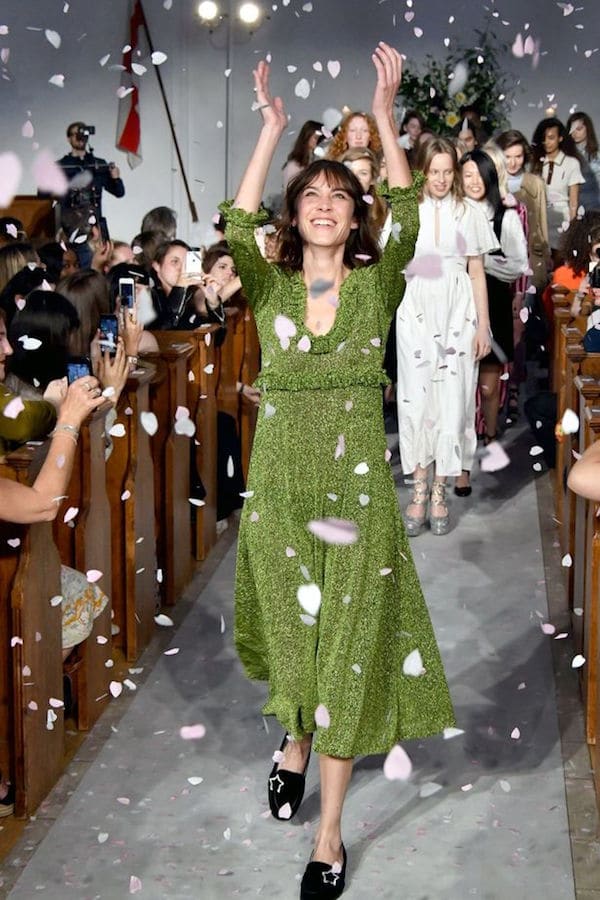 After years of one-off collaborations with designers and brands, she finally opened her own line ALEXACHUNG and it’s everything we could have wished for. It’s very expensive, but being the proud owner of one of her dresses, I can fully admit that for the quality and design it was totally worth 500 dollars (it was a graduation present, thanks mum).

She’s Allusive About Her Private Life 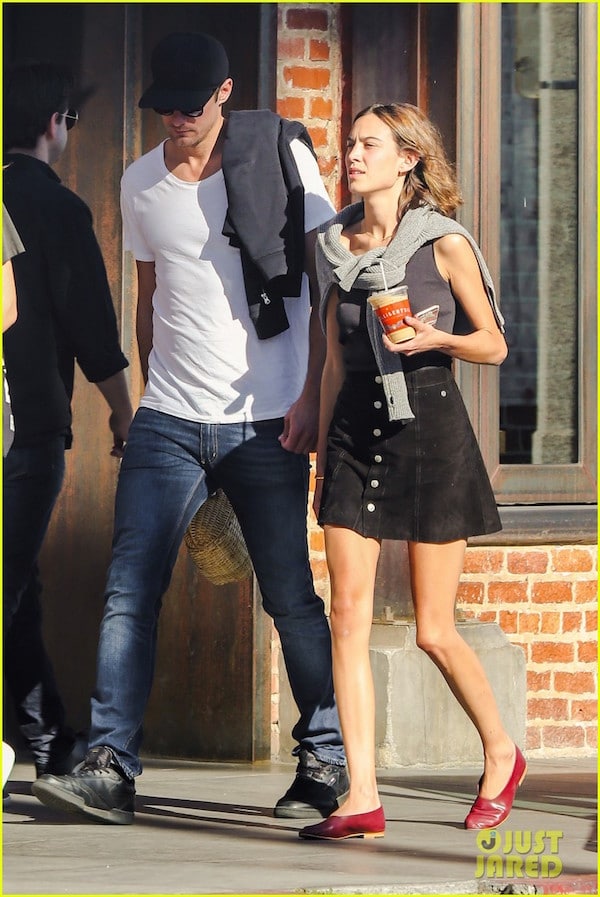 Is she still dating Alexander Skarsgard? Is she still friends with her ex Arctic Monkeys frontman Alex Turner? Do we really need to know all of this? Why do we care so much?

Her Outspoken Stance on Politics/Issues 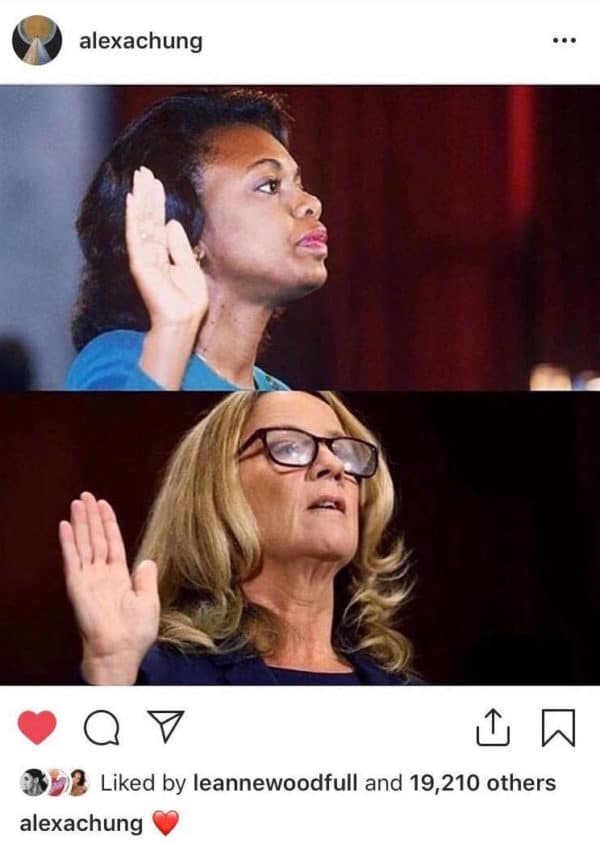 Alexa Chung is a feminist, supporter of the U.K. Labour Party and all around outspoken liberal. She uses her platform to urge people to vote and support what is right for women and people from her home country to her part-time home the U.S.A. She shared the repost Dear Invanka and uploaded a heartfelt split photo of Dr. Christine Blasey Ford and Anita Hill in support of the two women.

The Reasons Why You’re Still Single