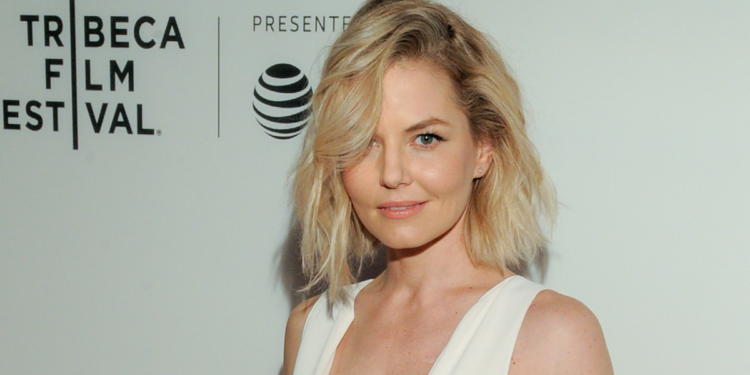 When it comes to intriguing medical- drama series, House is right up there with the likes of Grey’s Anatomy. We all know how good Greys’ anatomy doctors are, but one sure thing is that when it comes to diagnosticians, the doctors at House take the crown. One of those highly acclaimed doctors is Jennifer Morrison, who plays the role of Dr. Allison Cameroon, an Immunologist.

Jennifer Morrison is a 42-year-old director, producer, and American actress. She was born on the 12th of April 1979 in Chicago, Illinois. Morris is the oldest of her two siblings, and they all grew up in Arlington Heights. Her parents, David Morrison and Judy Morrison were both teachers and their father once bagged the Teacher of the year award in 2003. She attended Prospect High school, which was the same school her parents taught at.

Morris kicked off her career as a child model. She was featured in many advertisements, commercials, and magazines as a child. She bagged her first role in a film with the movie Urban Legends: Final Cut and proceeded to star in the movie Grind, Mr. and Mrs. Smith, and Surviving Christmas.

The breakthrough role of her career was when she landed the part of Dr. Allison Cameroon, a brilliant immunologist in the medical drama series House. She did justice to the role as she played it quite well and was a darling to the fans of House. However, after six seasons of seeing her brilliance on House, she left much to the disappointment of her fans.

News of Jennifer Morrison’s departure from House may have caught her off-guard as it did us all. While speaking at a Star Trek DVD launch party, she revealed she found the situation confusing as no one had yet to communicate with her. Her exact words were, “I don’t know anything about anything.” She revealed that she was still getting paid till the end of the season, oh how I would enjoy getting my money while sitting at home!

The official story reads that she was written off because the producers lacked material for her character. It was, therefore, a part of the creative decision made by the producers to let her go. David Shore, one of the showrunners, said they had reached the end when it came to new possible material for the Dr. Allison Cameroon.

Her Life After House

Jennifer Morrison has done quite well for herself since leaving House. Her role in House opened a lot of doors for her. Since her departure in 2009, Morrison landed a role as Winona in the reboot of Star Trek into Darkness. In the same year, in December, she got the part of Kate Keller in the Broadway show The Miracle worker.

In 2010, she starred in the film Warrior a film centered around mixed martial arts. She later made different guest appearances on the classic comedy How I Met Your Mother and continued to make appearances until the show ended. She has had a casting role in two horror films, Amityville: The Awakening and The Darkness.

In 2016, Morrison made a big move in the film industry by launching her own film production company. She named it after an apartment she occupied during her time at Loyola University Chicago, Apartment 3C Productions. In 2017, she directed her first film Sun Dogs, and later she became a part of the cast of Albion.

Morrison had a minor role in the comedy film Assassination Nation. In 2018 yet came another significant role. Morrison played the character Emma Swan in the timeless and real-life-inspired ABC series Once Upon a Time since its beginning in 2011. She got to star alongside many prolific actors in the series and was listed as one of the supporting players by Bombshell and The Report.

She later landed the role of Cassidy Sharp in the very touching and emotional series This Is us. Most of us were already in love with This Is Us; Morrison’s character made us appreciate it even more as it tells the story of the struggles Veterans go through to assimilate back into society. She has also starred in the movie Under the Bridge. Morrison returned to the medical-drama House for its Season finale, much to the excitement of her fans.

Jennifer Morrison broke off her engagement to co-star Jesse Spenser from House. She went ahead to date Amaury Nolasco for three years before they broke up. She met Sebastian Stan on the set of Once Upon a Time, and they began dating soon after. Unfortunately, they broke up in 2013.

Jennifer Morrison has proved herself quite the talented actress and director over the years. Her continued presence on the screens is very much appreciated, and we hope she continues significant strides in the industry.

7 Works of Sarah Gadon that We Absolutely Adore

Is Hyunjin Ever Returning to Stray Kids? (Here's What We Think)