New York Gal » What To Expect From Katrina Bowden’s Born A Champion?

From her beautiful looks to brutal MMA fight scenes, Katrina Bowden shows us what an amazingly talented actress she is in Born a Champion. 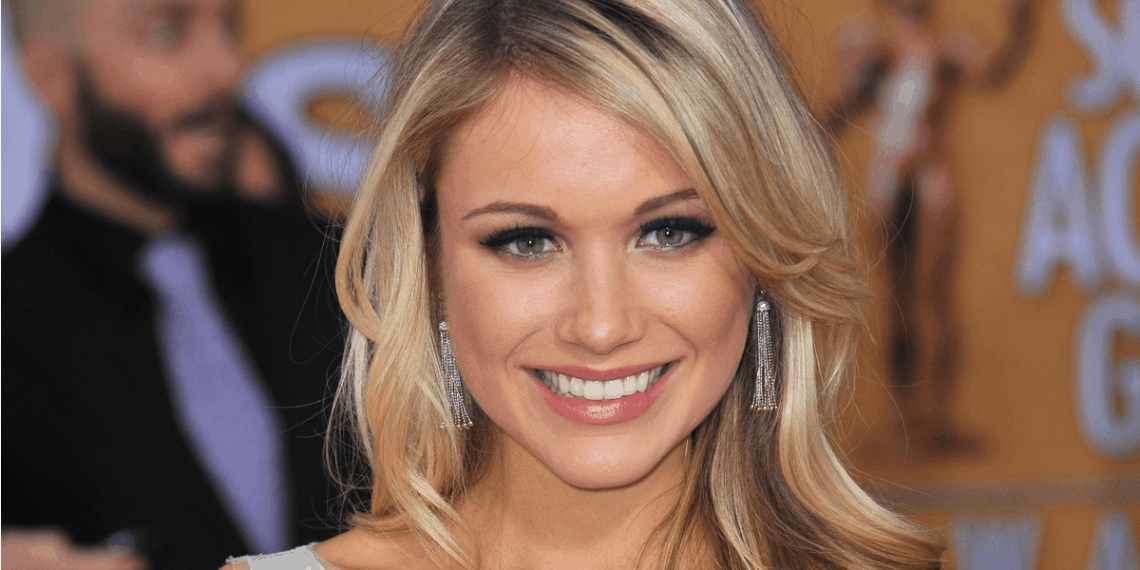 A Sport’s movie filled with compassion and motivation which keeps you glued to your seat is Katrina Bowden’s Born A Champion! This movie is sure to be enjoyed by MMA fans, as it features many Jiu-Jitsu fighting scenes and the beautiful Katrina Bowden (of course!).

Since you are here, reading this, we feel you don’t know about either the movie or the actress Katrina Bowden. Don’t worry because we’ve got you all covered. Read on to get all the information you need and what you should be expecting from this heartfelt movie.

What’s the Movie About?

Born A Champion is everything as it sounds. It is impulsive, inspirational and it’s got all the action you are looking forward to. The story revolves around Mickey Kelly (Sean Patrick Flanery), who is a former Gulf War Veteran.

He moves to Dubai in the year 1992, where he works as a trainer. He is shown to be training a Sheikh’s kid in the initial scenes. Katrina Bowden plays the role of Layla, a woman Kelly rescues on a flight while she is about to fall trap in a prostitution scam.

Fast forward, Kelly and Layla fall in love, get married, and have a son. Crisis befalls, but Kelly is determined to give his son a better future than his so, he decided to fight in the MMA in Dubai. As you watch the movie, you will get to see all the blood and sweat you might already be expecting.

Though Kelly defeats two opponents in the fight, he gets defeated by the last one. He cheats on Kelly and beats him till he is almost blind in one eye. Marco Blaine wins the championship, and Kelly is forced to return to work as a bar bouncer.

Six years later, the recorded MMA fight video is leaked, where people get to know how Blaine won by cheating. A rematch is arranged, and Kelly leaves no stone unturned to win this MMA fight and support his family.

The movie is a recollection of memories, flashbacks, and a passion project that cannot be dismissed; you feel like a part of it! Once you start watching it, you will get hooked. We will leave the rest of the plot twists to your curiosity.

Who Is Katrina Bowden

The gorgeous American actress, born in 1988, is known for her top-rated performances in movies like Tucker Dale Vs Evil, Scary Movie 5, Piranha 3DD and Sex Drive.

Bowden started her acting career in 2006 when she starred in two episodes on ABC’s soap, One Life to Live. She made her movie debut in the 2008 raunchy comedy Sex Drive. However, Bowden is widely acclaimed for her horror-comedy movie Tucker Dale vs Evil as Allison. This movie was rated at 85% on Rotten Tomatoes, so was definitely a win-win for Katrina Bowden.

In Born A Champion, Katrina plays the role of Layla, a beautiful woman who is about to fall into a prostitution scam. Throughout the movie, we see her very supportive of her co-actors, and her acting skills are on point!

She is shown as a powerful woman who knows what she is doing. Most people watching this movie are in love with Bowden, and they cannot wait for the second sequel of Born a Champion!

What to Expect from Katrina Bowden’s Born a Champion?

Here is all you should be expecting from a star-studded cast of the movie and especially from the talented Katrina Bowden.

MMA all the way

This movie is more of a Brazilian-style MMA, so MMA fans get to see a distinct fight style but not from a typical youngster but a matured character. Kelly is shown as a former war veteran, which means you get to see different skill sets. Brazilian Jiu-jitsu is what you should be accurately expecting.

Other than the part where Kelly trains the Sheikh’s kid, you will get to see some real fight clubs in the movie. There are vigorous training scenes as well as brutal bleeding scenes where Kelly is beaten by his third opponent. If you are sensitive to such scenes, we advise you to avoid watching them.

If you are not an MMA fan, Katrina Bowden is enough to keep you looking forward to. The way she evolved throughout the story from a girl to a married woman and a mother is incredible. Her expressions and acting are all you can relate to, so the story overall is much better than you might be expecting.

MMA movies are just stretches of dry fighting, but this movie has a lot happening in it. From rescuing a woman to fighting for money and almost losing sight, it constantly keeps you on the hook. The trailer might give you the expression that the movie is devoted to the rise in MMA fighting between the 90s and early 2000s, but it is more than that.

Katrina Bowden’s Born a Champion has more than one aspect to it. The directors have cleverly weaved Mickey’s struggles and that it is not that easy to be a champion. You might be a born champion, but there is a lot you will go through before hitting the summit.

In a nutshell, the movie is thoroughly enjoyable; it is a constant dose of motivation and a classic! You will not regret watching this sports drama till the end.