New York Gal » How Did Vinessa Shaw Make Her Breakthrough?

From model to actress, learn more about Vinessa Shaw the her breakthrough roles which launched her to becoming a highly sought-after actress in Hollywood. 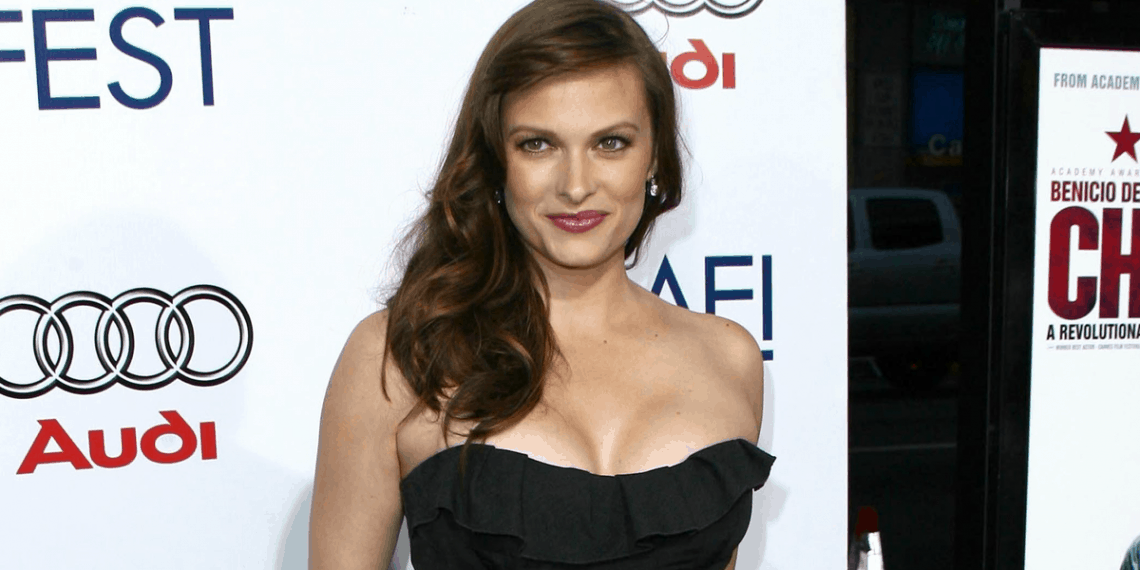 Vinessa Shaw is an American actress and model. She was born in Los Angeles in 1976 and naturally began performing at a young age. At the age of thirteen, she was signed by Elite Models and then started taking on commercial work before getting her breakthrough roles.

When you talk about the beautiful faces of Hollywood, Vinessa Shaw would definitely come to mind. But it’s not just her stunning beauty and smoldering eyes that make her stand out in a crowd. Her acting career has made her a well-known face of some of the most memorable characters.

While Vinessa had already had her film debut at the early age of five in a small screen horror movie called Home Sweet Home, she landed her first major role when she was sixteen in the 1992 sports comedy film, featuring Rodney Dangerfield, Ladybugs. Cast as Kimberly Mullen, the beautiful boss’ daughter, Vinessa nailed her part and got everyone’s attention.

In 1993, Disney released its Halloween comedy fantasy movie, Hocus Pocus, and the film has since become quite the classic. Vinessa Shaw was one of the lucky few to be cast in the movie. Although she had been acting since childhood, this was the part that gave the actress her big break and made her a widely-recognized face, not only in Hollywood but also around the world. After this role, she was noticed and approached by many directors and producers, making her a very busy actress.

Vinessa Shaw worked alongside Tom Cruise in this 1999 mystery and psychological drama movie that is based on a 1926 novel by Arthur Schnitzler. In the film, she plays Domino, an HIV-positive prostitute. Her portrayal of this very difficult and complex character demonstrated her versatility as a young actress.

This part compelled Shaw tor to give her best, and she didn’t disappoint. She proved her value in Hollywood and began getting more movie role offers and critical acclamations.

Anethe Christenson in The Weight of Water

The Weight of Water is a French-American thriller mystery film released in 2000. Based on a 1997 novel by the same name, the movie first premiered at the famous Toronto International Film Festival. The plot follows a newspaper photographer researching the murders of two immigrant women in 1873.

Cast as Anethe Christenson, one of the murder victims, Vanessa Shaw wowed spectators with her acting skills. This role proved to be another important one for progressing her acting career.

In 2001, Vinessa Shaw was cast as Agent Kate Russo in the mafia comedy, Corky Romano, which stars Chris Kattan, as well as Fred Ward, Peter Berg, and Chris Penn. The film is about a mobster family that wants to steal incriminating evidence against their father. After playing in several serious mystery thriller movies, this role brought back the fun side of Shaw’s acting. Though the movie received harsh reviews from critics, it was still funny and entertaining, and the part of Agent Kate Russo proved to be a perfect way for Shaw to remind spectators that she was capable of doing comedy as well.

40 Days and 40 Nights is a satirical romantic comedy film released in 2002. Vinessa Shaw was cast as Nicole, the ex-girlfriend of the lead character, Matt Sullivan, played by Josh Hartnett. Her character is a continuous lure for Matt, but after learning that Nicole is engaged, Matt vows to abstain from sex for the 40 days of Lent. This movie is yet another successful comedy to add to Shaw’s acting portfolio.

Stacey Fox in Melinda and Melinda

Woody Allen’s 2004 film, Melinda and Melinda, is a movie that has a unique dual plot where one is a comedy and the other is a tragic movie line. The movie got a mixed reaction from many, but its interesting plot and originality for having two different storylines were still critically acclaimed. Though her part as Stacey Fox is small in the film, Shaw owns her character, just as she does in every other role she is cast.

In 2007, the western action drama film, 3:10 to Yuma, was released. The film is about a rancher that agrees to hold a captured outlaw until it is time to bring him to justice. Vinessa Shaw was cast as Emma Nelson, alongside Christian Bale and Russell Crowe. Her portrayal of Emma is among some of her best work. And while the movie was received with good reviews, this is one of Shaw’s most memorable works.

Deirdre Banks in Side Effects

The 2013 psychological thriller film, Side Effects, is about a girl who faces depression and is prescribed an experimental drug. Directed by Steven Soderbergh, the film stars Rooney Mara, Jude Law, Catherine Zeta-Jones, and Channing Tatum. Vinessa Shaw is cast as Deirdre Banks, and she dives deep into the character of a married woman who faces betrayal by her husband and takes her son away from him. The talented actress flawlessly portrays her character’s struggle, and her raw talent and perfect performance will give you chills.

Vinessa Shaw is among those actors who grew up in front of the screen. The actress has given some of the most memorable performances. She is a great actress and has a unique talent for comedy. However, some of her best performances touch several different genres, making her a highly sought-after and versatile actress of this time.