Read the article to find out why Katherine Langford is an adorable human being. 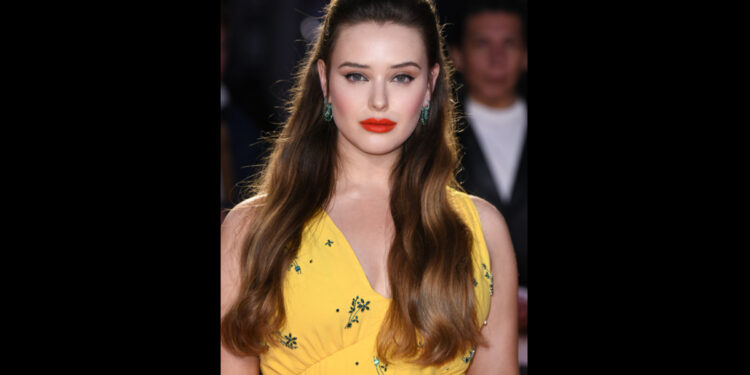 13 Reasons Why undoubtedly is one of the most controversial yet favorite Netflix series of all time. The cast like Katherine Langford received appreciation for their performance from the viewers. The outstanding Katherine Langford got positive critics from her fans for her performance as Hannah Baker. No wonder, the show took off at heights today. The emerging star is a talented actress. Fans are curious to know what is she in reality. So let us, deep-dive, into facts about Katherine Langford.

13 Reasons Why received many clashes and controversies for its suicide scene. But Katherine prepared thoroughly for the horrific scene. She took the advice of mental health workers. The whole crew went through deep pain to bring out the reality of the scene. “I talked to healthcare professionals. I worked with a psychiatrist who specializes in adolescent mental [illness]. She went to try and understand what someone would be going through at that point in time.”

Katherine wanted to make it clear that suicide is not worth it. She understands that it’s painful to watch wrists getting slit. Katherine feels that a show about suicide and personal issues will always have different opinions. She is proud of the series. The difference of opinions and discussion is the important part. This makes the show different and sharing about mental health problems becomes easy.

See also: Things You Did Not Know About Netflix’s You Actor Victoria Pedretti

Katherine Langford is an Athlete

Katherine is an accomplished athlete. Despite having talent in acting, she is a great athlete. She has a keen interest in sports. Langford is a great swimmer. In school, she secured a national rank in swimming.

It was Lady Gaga Who Drove her Passion for Music

Fans might assume that Katherine is just into the acting world. Well, that’s not all. She loves music. In fact, the reason behind her successful career is her passion for music. It was in Lady Gaga’s show, which she attended when she was 16. That concert drove her interest in music. Moreover, she learned to play some musical interests all by herself.

After her incredible performance as Hannah, she might be receiving many offers from Hollywood. But before the show, she faced several rejections after graduation. Because of her minimal experience, many acting schools rejected her applications. But today she got an amazing breakout success.

Playing Hannah brought back the feeling of everyone watching you,” she reflects. “I think no matter where you are, high school is always going to be a tough experience. However, I think there are things that we can do to make it less painful.”

Unfortunately, she will not be seen in Cursed Season 2

Despite the huge success of Cursed season, 1 Netflix decided to cancel season 2. Katherine who is playing Lady of the Lake said There’s a lot of talk about the sword this season, and I feel like it would be interesting to see just how deep Nimue’s powers go and what kind of untapped power she has within.” According to screenrant.com,

Netflix because it didn’t live up to expectations and didn’t draw enough viewers in compared to their other projects. So season 2 is canceled for now. It is surprising for the Cursed fans now as the show ended only in Season 1.

Angelo Adkins, The Adorable Kid of Adele and Simon Konecki