Romance is gushing between Thomas and Talulah. Find out more about them. 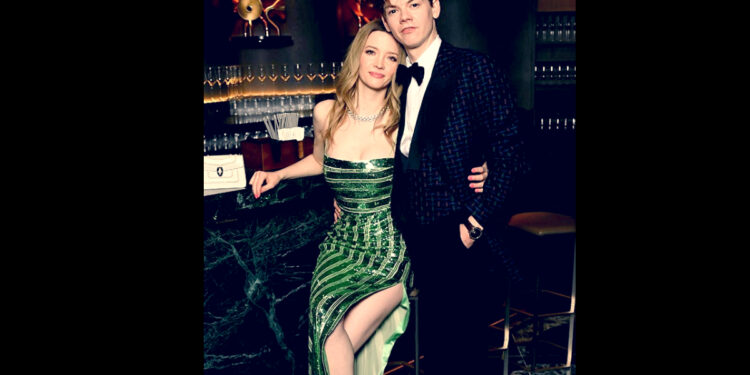 The glitzy couple looked adorable together. Scroll down more for some interesting news about the duo Thomas Brodie-Sangster and Riley.

He is best known for playing roles inNanny McPhee,Love Actually,andThe Maze Runner films. His mother, Anastasia “Tasha” Bertram, has been working in several BBC films and TV. His father, Mark Sangster, is an actor and musician who recently made an appearance in “The Lion King” musical in London’s West End. The British actor is also a voice-over artist who voicedPhineas and FerbandMilo Murphy’s Law.

When it comes to his private life, he never hides anything from his fans. He was linked with Patience Harding, a set designer, but just for a year. Later, the actor started dating former child actress Isabella Melling. Their dating life lasted for more than 4 years. But the couple broke up. Something happened which is not known by the public.

Later, Sangster has linked with model and photographer Gzi Wisdom. The actor used to post a picture with his cute girlfriend on Instagram. But even this relationship did not last long and soon the couple broke up.

Thomas actually feels very awkward when it comes to fame.

I find it weird the way people get so excited about celebrities. If my friends are on the phone, their friends will say: ‘Is that kid from Love Actually there?’ And the phone gets passed around and I have to speak to this stranger asking: ‘Are you famous?’ I don’t know how to answer.

Thomas Brodie-Sangster is Already in Love with Riley

Ever since they made headlines by appearing together in the Red Carpet, fans have been wondering what’s cooking between them. Well, the couple has been spotted together many times. Thomas and Riley were seen in London before walking together arm-in-arm.

Last year, Brodie-Sangster and Riley filmed together on Danny Boyle’s forthcoming mini-series Pistols. It is based on the real-life story of a certain iconic rock band. Brodie-Sangster played the band’s manager Malcolm McLaren, while Riley starred as McLaren’s ex-partner, fashion designer Vivienne Westwood.

The Daily Mail also reported them spotting together at Lincolnshire chippy. The shop has been awarded as UK’s best fish and chip shop. . According to Papas’ boss Deano Papas, Brodie-Sangster “happened to be in the area to go caravan shopping.”

Thomas and Riley Could Confirm their Relationship Anytime

From having a cozy walk together to appearing in Red Carpet, the paparazzi is taking a chance of every moment to capture them. Riley resting her head on the Game of Thrones actor looked the couple is already in love. They were photographed near the bar and the couple was cozying up. Ever since then, have sparkling, but yet there is no official announcement from either of them.

However, Riley was previously linked to Elon Musk, and Thomas Brodie was linked to model Gzi Wisdom. Both of them have parted away with their exes. Riley spoke to the Daily Mail, “When you’ve been with someone for eight years on and off, you really learn how to love them. He and I are very good at loving each other,” she said, noting that they were “both really happy” at the time.