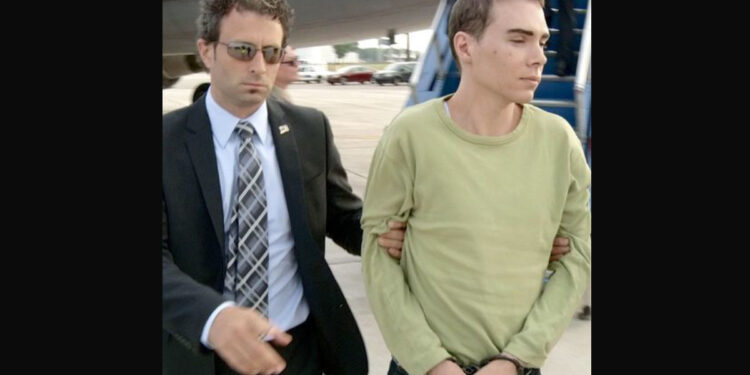 The gruesome murder of Jun Lin in 2012, is still been one of the most unforgettable crimes in history. Luka Magnotta killed him horrendously. Its been years since Lin’s death and Luka Magnotta’s arrest. But this brutal crime was gaining popularity when Netflix made a documentary on Luka.Don’t F**ck With Cats Mannyrevealed some shocking details about Luka Magnotta. Cold-blooded Luka is insane.

Currently, Luka is behind the bars for his horrendous crime. Want to know more about Luka Magnotta? Then read our article below.

His real name is Eric Newman and was born in Ontario in 1982. He named himself Luka. He had a horrible childhood. His parents left him at age 10. He grew up with his grandmother who was a dominating personality. Some sources say that he is bisexual. Some say that he has inherited schizophrenia disease from his father. One of his childhood friends said in an interview. “He said that there was some messed-up stuff that happened to him when he was a kid”. “He was so disturbed with whatever had hurt him that he’d break into fits of punching himself in the face”.

The Murder of Jun Lin

This gruesome murder was subject to cannabilism. A 33-year-old international student from China just wanted a friend. The two met in hopes of sex and bondage. But who knew that cruel Luka would kill Lin. Lin was stripped naked and tied to the bed. A dog was allowed to chew his body parts. Luka then stabbed him brutally. He then sent his body parts to different political parties.

The murder was posted online. The case soon received massive attention from all over the world and especially in China. Luka tried to escape but he eventually got caught and arrested in June 2012.

A year before murdering Lin, Magnotta used to upload the video of suffocating baby kittens to death. According to allthatsinteresting.com,

“The online sleuths had amassed an incredible amount of information to bring Magnotta down. They’d pulled metadata from his animal torture pictures, found evidence about where he was hiding, and shared it all with the police, trying to stop him before he killed a human being”.

Netflix had released a documentary regarding the entire life of Luka Magnotta. The documentary received a mixed response. It also gave us some shocking and detailed insights into Lin’s case.

According to an article in digitalspy.com,

Magnotta had claimed that he had been abused by this person. And that, according to Magnotta’s mother, the murder had occurred “under his direction”. The internet sleuths argued that it was just another alias. Or part of Magnotta’s elaborate Basic Instinct-inspired plan, also branding it a “bullshit alibi” and a “con”. Authorities found no evidence that “Manny” existed. The series has also shown that Magnotta spoke with a psychiatrist at the age of 17. He was hearing strange voices that were unbelievable. Sources say that he has also been suffering from mental illness.