Angelo Adkins, The Adorable Kid of Adele and Simon Konecki 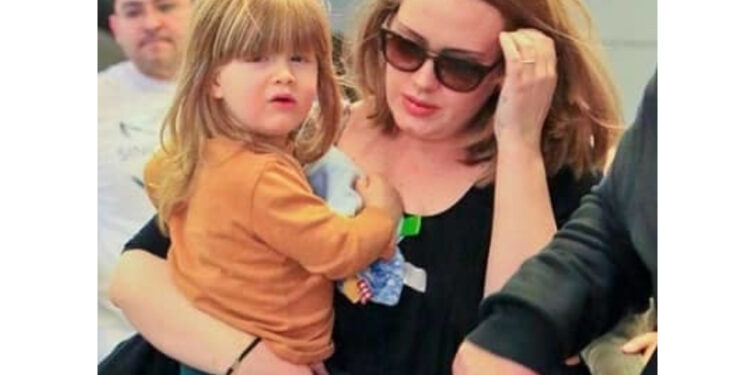 Adele always hopes Angelo Adkins should be brought up in a grounded way. Angelo as of now is a 9-year-old and is living with his mother. He has got two adorable parents. Let us get to know everything about Angelo Adkins.

When you search Adkins’s pic on the internet you will find the strawberry locks which are similar to his mother. Cuteness is in his genes. There is surely a resemblance between a mother and a son.

Speaking to Time magazine Adele said, that she wants Angelo to have a normal childhood. “I’m very self-conscious that I have a kid, and I don’t want him being one of those dickheads. Who grows up being, like, ‘Driver, driver! “I have no clean clothes!Well, have you washed them?.I really don’t want him growing up like that. I’m very conscious of it.

Just like any other kid, he keeps on asking his parents numerous questions. He even seeks answers on how his parents split up. Well, we think that’s normal. But it’s a good sign to know that a child is curious to know about their parent’s personal life. The kid is sympathetic.

“He has so many simple questions for me that I can’t answer because I don’t know the answer,” she said.Why don’t you love my dad anymore?And I’d be like,I do love your dad. I’m just not in love.I can’t make that make sense to a nine-year-old.”

Talking to Oprah, Adele said Angelo has started to recognize how famous his mother is. When he saw the likes on his mom’s Instagram account, Then he was like, ‘People really like you. He realized that his mother that his mom was super famous when he attended the Taylor Swift concert. That was the moment when he got to know that his mom has many fans.

Remedy Song of Adele was Dedicated to Him

The inspiration behind the Remedy Song was her son. She sang it for him. She believes all her fans aren’t her parents. According to Rolling Stone, “I wrote it about my child. But I sang it for everyone that I really love. When I wrote it, I got my confidence back in my writing ’cause I believed in myself.”

Is The Winx Saga Actress, Abigail Cowen Dating her Co-Star?