A closer look at this actress, writer, feminist, and comedian 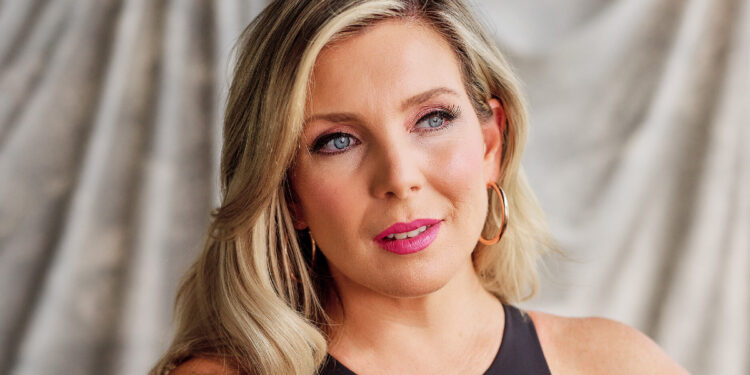 June Diane Raphael is a very talented woman. Raphael is truly a real renaissance woman. She is a screenwriter, an actor, and a comedian from the United States. She really does it all. But what was her early life like? What does she think about the new Grace and Frankie spinoff she wrote? Here is everything you need to know about the amazing actress, June Diane Raphael.

June Diane Raphael was born in January of the year 1980. She was born in Rockville Centre, New York. Raphael also grew up here. Her mother’s name was Diane and her father’s name was John Raphael. She and her two older sisters, Lauren and Deanna were raised Catholic by their parents. The whole family was of Irish descent.

Casey Wilson was June Diane Raphael’s best friend from college. After graduating they would attend the New York City Upright Citizens Brigade Theater to study improvisational comedy together. They then decided to run a two-woman sketch show together. This sketch show would be put on for a few years. This would help to prepare them to be comedy writers in their careers.

June Diane Raphael and Kulap Vilaysack (comedian) created the “UCB Corps” community. This is a volunteer organization associated with the Upright Citizens Brigade Theater. Through this organization, they will organize charity events as well as projects that will help their community.

She also co-founded an incredible project called The Jane Club. The Jane Club is both a space and a movement according to its website. It is a workspace that provides incredible childcare. Their mission is to create an environment where parents, but especially women, are not expected to give up fulfilling careers to take care of their families. Here they can do both. This is an incredible company with a powerful message.

In January of 2004, June Diane Raphael met Paul Scheer. He is an actor and a comedian. Paul Scheer was brought in by Raphael and Wilson’s artistic director to make notes on their sketch show. June and Paul would fall in love and move from New York to Los Angeles together by the next year, 2005. The two officially tied the knot in October of 2009. They got married in a museum of natural history. Together they would have two sons in 2014 and 2016.

She has had several beloved roles. She played Sadie, the lesbian gynecologist in New Girl. She was close friends with Jess and Cece. Her character was always very helpful and very funny. She also voiced Suze in American Dad and Devin Leseven in Big Mouth.

Her most popular character though is probably Brianna Hanson in Grace and Frankie. Brianna is the daughter of Grace and Robert Hanson. Her younger sister is Mallory. She was the CEO of Grace’s old company, Say Grace. This character is very intelligent, a little mean, and very well organized.

In 2005, June Diane Raphael and Casey Wilson would perform their two-woman show at the US Comedy Arts Festival. What might have felt like any other show would change the course of their lives. The two were seen and hired by New Regency Pictures to help write the hilarious screenplay for Bride Wars. This would start her impressive screenwriting career.

June Diane Raphael on the Grace and Frankie Spinoff

Recently, the popular show Grace and Frankie concluded on Netflix after 7 amazing seasons. While the show was on hiatus, June Diane Raphael and Howard Morris came up with an idea for a spinoff show about Raphael’s character, Brianna. They want to focus on Brianna as a middle-aged woman who does not have a partner or children.

There is a really negative stigma against child-free women in today’s world. Through this spinoff, they want to explore and address that stigma. Why does a woman who is confidently on her own scare people? They seem really proud of this project which just makes us want to see it more. There is currently no news on whether or not this show will be made. They have pitched this potential series to Netflix and were told to write it, but it has not been greenlit for production (yet).

Throughout her entire career, June Diane Raphael has shown herself to be unbelievably talented. Not only does she have great comedic timing while acting, but she is also a very funny and clever writer too. It is also really wonderful to see how involved she is in helping her community. From her charity work to her starting of the Jane Club, she has done really inspiring work.

Annalisa Cochrane: Check Out Cobra Kai Girl’s Daily Routine and Unknown Facts
Why Is The AT&T Girl Taking A Stand Against Sexual Harassment?
Tracy Wolfson: The Incredible Sportscaster
The Fearless Girl Ventures to New Opportunities
Cindy Lou Who, the girl from How The Grinch Stole Christmas, is All Grown Up