The female rappers we love that you've probably never heard of. 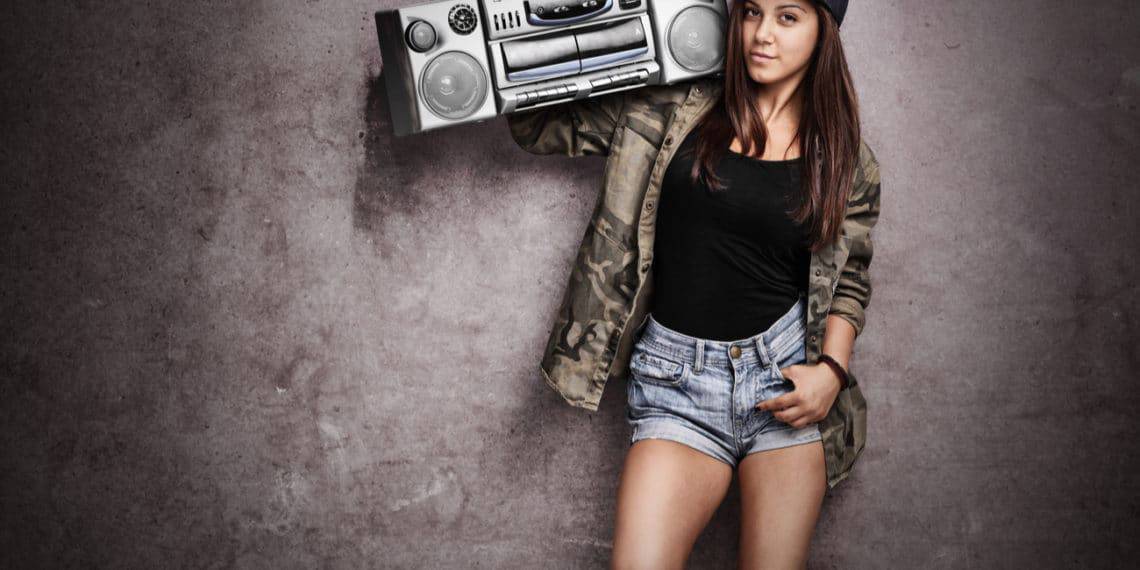 There is a reason we are obsessed with female rappers. They are strong, confident, and totally fierce. But, in our society women are still seen as delicate angels. And, as a result the hip-hop industry only has so much room for female rapping talent.

The limited talent presented to us through radio and other forms of media give off the impression that women and hip-hop just don’t mix. But, we are here to show you seven of the best female rappers that didn’t go mainstream. And, we guarantee you’re going to love them.

Here are 7 female rappers that the music industry has been hiding from us:

With a name like JunglePussy, what’s not to love? This female rap diva is based in our musical home of New York City. This Brooklyn native started rapping when she was in high school. She graduated at the age of 16 and went on to study at The Fashion Institute of Technology. But, she never gave up her dreams of rapping. This lady dropped her first album in 2003, and that same year was given the chance to perform with the fabulous Lil’ Kim.

This Chicago-based boss babe began her career quite early, writing lyrics at the age of 12. Though Sasha and her mad skills have never gone mainstream, she has been featured on MTV Sucker Free Chicago, and in Complex magazine. So, even though she’s not on our radios, she is still a pretty big deal.

Yani Mo combines her melodic voice, prose, and urban hip-hop street beats to create a sound that couldn’t possibly go mainstream. Yani’s Lithuanian and Georgian roots inspire many of her songs. At the age of 12, this fierce girl was recording songs into a microphone, hung from her ceiling fan. She’s come a long way since then!

See Also: Tiaan Knows She Was Born to Make Music

Another New Yorker! This progressive Queens native got her real career start when she performed as a backup dancer for Lil Mama. In 2010, she released her first musical project entitled “MyMixxxytape”. Then in 2011, she released “Raw Burger”. Dai Burger is making huge strides in her career as a female rapper and collaborating with big names such as Dazed Magazine and Complex.

Sharaya J is not only a crazy amazing female rapper, she also works professionally as a choreographer and a screenplay writer. And, trust us, this girl has the moves. Sharaya J was signed to Missy Elliot’s label, The Goldmine Inc. This lady’s love for the hip-hop industry came from her father who was a member of a hip-hop group himself. Though, Sharaya is not mainstream, she definitely has dipped her toes in the water. In 2018, Sharaya worked with Little Mix writing their song “Strip” and was a featured artist on the track.

This bold broad female rapper from Calumet City, Illinois has been featured on Billboard and in Rollingstone. So, why isn’t she totally famous yet? We honestly have no idea! Tink began her career at the age of 5 singing in her church choir. And, at the age of 11 she began songwriting. Then, when 15 hit, rap took over and this girl hasn’t turned her back on it yet. Her claim to fame is that she was featured in Jeremih’s “Don’t Tell Nobody”. But, we expect this hardworking lady will have a lot more to brag about soon.

Lady Leshurr falls into the British grime and hip-hop scene. This talented female rapper released her first mixtape at the age of 14. Leshurr comments on the early stages of her career saying:

“I grew up around music. My mum used to play a lot of reggae like Sister Nancy and Bob Marley around the house so basically, when I was around six, I was messing about and doing my own little raps and songs. My family are all rappers and singers anyway so I was always involved in it from a young age.”

Since then, Leshurr has made waves in the hip-hop industry for all female rappers to ride. This past year, she even had the chance to perform with our fave lady, Nicki Minaj! We’ll definitely be following this artist’s musical journey.