New York Gal » What You Don’t Know About Rosa Salazar

From her humble beginnings to her numerous awards and intense training for her roles, learn more about Rosa Salazar with these true facts. 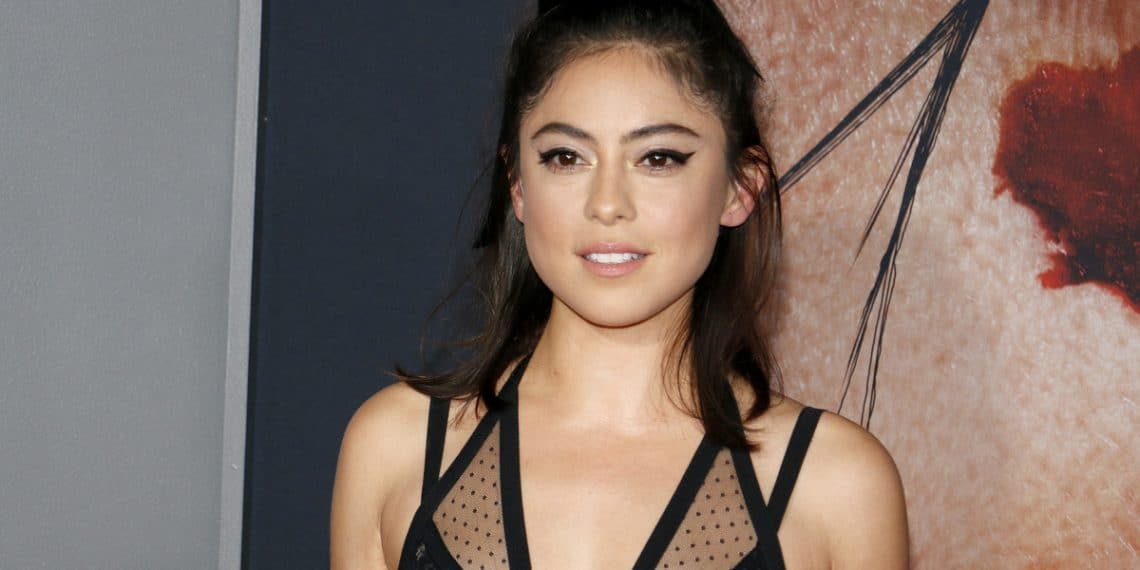 Rosa Bianca Salazar is an American actress. She is best known for the diversity in her roles and dedication to performing stunts in her many action-packed features. Born in the British Colombia province of Canada, Rosa was raised in a small town just outside of Washington D.C. While she may have been a girl of French and Peruvian descent with an interest in high theater productions at the time, Rosa would soon become a worldwide-recognized actress.

For a short period of time, Rosa Salazar was homeless.

Rosa keeps much of her personal life closed off to the public. But she has talked about some early struggles. Rosa found herself so broke she was homeless just after moving to NYC from her hometown of Greenbelt, Maryland. In a 2015 interview with Nylon, she opened up about how her biggest goal at the time was to own a home.

After becoming involved in the College Humor web series, Rosa was finally able to afford her own place. Since then, her roles in films like Insurgent, Maze Runner, and Night Owls helped her achieve that goal even more. She now owns her own house in Los Angeles, California.

She has been nominated for and won numerous film festival awards.

Rosa’s breakout role in the sci-fi film, Alita: Battle Angel. The movie itself won nine of the twenty-five nominations it captured in both 2019 and 2020. It also earned a 92% Audience Score and 61% Tomatometer on Rotten Tomatoes. Alita: Battle Angel has earned $85.8 million dollars at the box office to this day.

However, Rosa doesn’t just have awards for her motion-capture performance as Alita. She was even nominated in four additional categories for other roles, including a voice acting ensemble award for her part in the 2013 Batman: Arkham Origins video game.

Rosa Salazar had to train for six months for her starring role in Alita: Battle Angel.

From the moment Rosa was given the role of Alita in the 2019 sci-fi flick, she immediately started training to do the character and her on-screen abilities justice. She completely changed her diet to become stronger and leaner. Then she began training in Kung Fu, Muay Thai, and Kickboxing with instructors one-on-one.

In various interviews, Rosa mentioned that she felt it necessary to reflect Alita’s warrior knowledge and capability that was as tough as her new exercise regimen could be at times. It was worth it, and she was proud of her performance. In the film, Alita is required to take part in multiple fight scenes while on skates, so Rosa also learned how to rollerblade.

She worked in concessions at a movie theater while looking for acting gigs.

When Rosa was younger and just starting out in the acting world, one of her first jobs she picked up to help pay the bills was a concessions coordinator position at a Landmark Theater in Maryland. While she was punching the time clock at a theater, she continued to dream about one day starring in one of the movies she worked so hard to help others see. Eventually, she would go as far as shaving a multi-tone mohawk into her hair. She also worked extensively in martial arts, weapons training, and more to get her chance on the big screen.

Rosa is comfortable in the world of voice acting.

Though much of Rosa Salazar’s work in Alita: Battle Angel was done with the aid of a motion capture suit, it was still a necessity for her to hop in the booth and do some voiceover work. This wasn’t a completely foreign task to Rosa. She had previously done voice acting for a popular video game in 2013 and also with her work as the main character on the Amazon Prime series Undone. Her character, Alma, also bears her exact likeness alongside co-stars Daveed Diggs and Bob Odenkirk.

To this day, Rosa continues to act and become a more prominent face in Hollywood. The versatility in her acting abilities has been recognized by film festivals and critics around the world. Whether it is through the continuation of her voice role on Undone, directing or working on an Indie film, or even another action-heavy sci-fi blockbuster, we expect to see a lot more of Rosa Salazar in the coming years.

Working Out But Not Losing Weight? Here’s Probably Where You Are Going Wrong!

How to Look Hot in Sweat Shorts