Is The Winx Saga Actress, Abigail Cowen Dating her Co-Star? 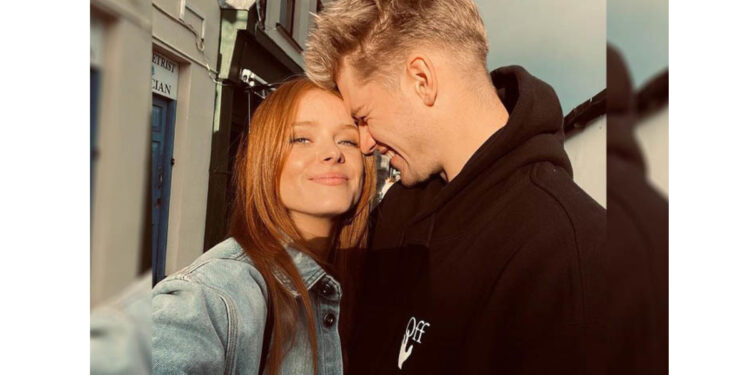 Abigail Cowen is spilling beans in her love life these days. Best known for acting inThe Chilling Adventures of Sabrina,Fate: The Winx Sagahas been in news for dating someone in her life. She was last seen inRedeeming Love,a romantic drama series that has also hit the screens on a very positive note.

The actress will also be returning inThe Winx Saga Season 2.However, Season 2’s release is on halt due to some reasons. Well, fans can surely wait for the upcoming season, but let’s see what is cooking in Abigail Cowen’s love life.

Rumors are speculating that Abigail has been dating her Winx co-star t, Danny Griffin. He was already her on-screen romantic interest but the love birds are spending much time off-screen too. Sources said that, on Oct. 2, 2021. the couple posted on social media about their dating. Upon noticing this, fans immediately started pouring their love on the couple. One fan said, “Bloom and Sky are real”.

Their bond has been going strong since October. The couple is spending quality time together. They were spotted on the beach vacay together. It was during early Christmas last year. Danny posted on Instagram with a caption as “We’re stranded on an island together. NO ONE HELP.” Danny responded by leaving three heart emojis.

As per glamourbuff, in November 2021, Abigail even took Danny to her hometown to enjoy a football game! It sounds like the two are having fun and spending time together. Thanks to their filming schedules. During filming in Ireland forFate, they also stayed together at The Europe Hotel & Resort.

The couple has not yet given any confirmation regarding their relationship. Fans have been just speculating by watching their Insta Posts. As season 2 is wrapped now, we all are eager to know how they met and how their love blossomed.

Before Danny, she was linked with several people and Netflix star Ross Lynch. There were brief rumors about dating her Redeeming Love co-star, Tom Lewis. But these rumors were false and rubbish as per reports. Although the onscreen chemistry was fiery, off-screen there were just good friends.

When is The Winx Saga Season 2 Releasing on Netflix?

Abigail said to the collider that it’ll be a bit before we see the new season make its land on Netflix. However, there is no official date from Netflix. Sources have been stating that it could be coming on-screen in summer 2022 or June. Abigail’s fas are surely eager to watch her in Season 2.

How Alice Braga Landed The City of God Role