Find out more about Robert De Niro's case and his youngest daughter Helen. 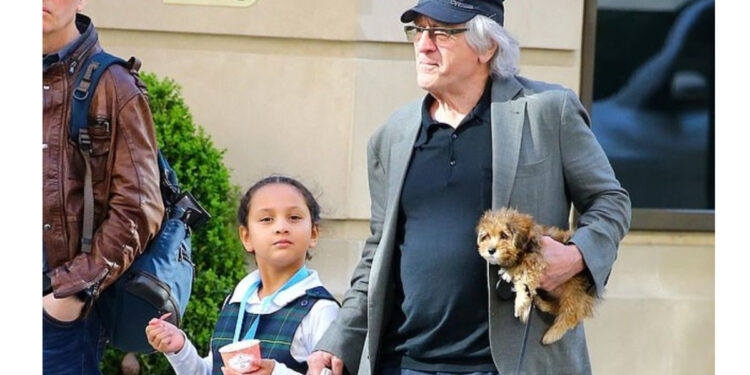 Helen Grace De Niro is the youngest child of Robert De Niro and Grace Hightower. Robert is a legendary filmmaker and actor. Helen Grace De Niro has been a popular kid since birth. Since she is the daughter of celeb parents, the media always finds a way to take a glimpse of her activities.

Recently, the famous child has made headlines due to her parent’s divorce. Ever since the divorce, Robert and Grace have been battling over her custody. We do not know where the case is heading. But let’s look at more information about their lovely child Helen Grace De Niro.

She is born on December 23, 2011, USA to famous couple Robert and Grace. As a fortunate kid, Helen has earned many fans on social media. No wonder, she got famous parents. Helen Grace De Niro was born via surrogacy. Helen was just 7 when their parents separated.

There is a lack of information about the cute little kid Helen. So we cannot give many facts and detailed information. However, her parents are fighting for her custody now.

This is not the first time Grace and Robert parted away. The ex-couple had also parted away back in 2004. But they reconciled and remarried. Their divorce was finalized in 2018. Ever since the divorce, the couple has been seen frequently in news for a custody battle for Elliot and Helen.

The couple has been dealing with a lot of drama following their divorce. Robert wanted to keep this battle under wraps. But Grace wanted to bring this out in public.

Inside their Messy Divorce

No celeb’s divorce has ever been easy. Despite the pre-nuptial agreement, things went horrible between the couple. As per things.com, Their prenup states that Hightower gets $500,000 cash, $1 million a year in alimony. Moreover, she should get a $6 million apartment. Lately, she’s been insisting on getting half of the Taxi Driver star’s total income of $500 million. Ooh, that’s plenty. Obviously, the actor’s lawyer has refused Grace’s demands. Till today there has been disagreement between both parties regarding the financial issues and alimony.

Fans were surprised about Helen’s birth via surrogacy. But after their divorce, the custody battle was dragged a bit but now it has been sorted out. Thankfully, the couple managed to avoid a trial. The duo agreed on a custody deal over Helen on Valentine’s Day.

“Grace and I have two beautiful children together. We are entering a period of transition in our relationship which is a difficult but constructive process,” the actor said. “I honor Grace as a wonderful mother and ask for privacy and respect from all as we proceed to develop our roles as partners in parenting.” It’s good to know that at least, they’ve already settled on an arrangement for their child. All there’s left is the one between them.

But still, the couple is facing many hurdles over their alimony and Robert is facing some serious financial blunder. However, regarding Helen, the matter is sorted out and we are happy to know about it.