New York Gal » Why Do We Try and Make Ourselves “pretty”?

An opinion piece on the need to change our appearance for everyday life. 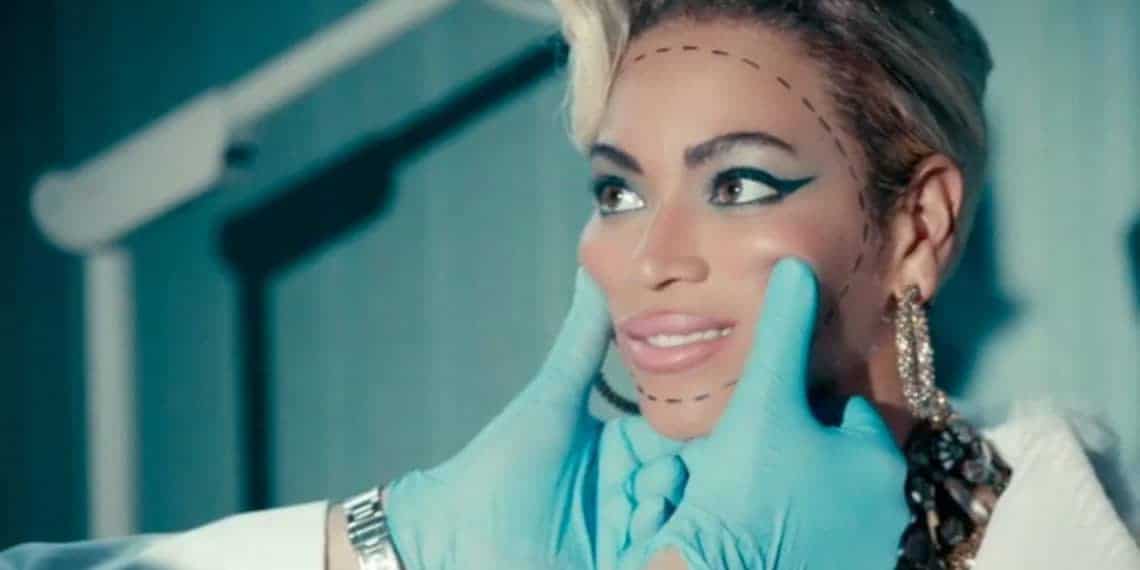 To put our need for makeup into perspective, I always come back to the expectation of job interviews. This is a first impression-based meeting, one that could potentially further a career, and so you’re more inclined to “dress up”. You want to look presentable.

Regardless of whether it’s business attire appropriate, I would imagine most people dress as clean, and professionally as they can. For women, this could mean heels, a skirt, an un-chipped manicure and, of course, make-up. It’s hard to picture a woman arriving at an interview without any. But, why?

It’s as though women are expected to wear it and not question it.

There are whole Instagram pages and articles written about celebrities without makeup. As if it were the biggest breaking news story in history. Alicia Keys’s no make-up look at the 2017 Grammy’s caused exactly this. She was lauded as brave, revolutionary, inspirational (which she is). It also prompted many to question if she was actually wearing a natural cover of it. No one wanted to believe that a woman would leave the house to an important even without covering her natural face.

Obviously, Alicia Keys doesn’t need any makeup. No one does. Apart from the psychological benefits, I have yet to hear of any physical ones that are helped through makeup. In fact, most people are aware that it can clog pores, irritate skin and eyes, plus, cause premature aging.

Despite all of this, women are still using makeup every day because that’s what we’re supposed to do. That’s how we’re supposed to present our faces to the world. We feel naked and exposed without it. We’re obliged to. There is nothing wrong with wearing makeup if it’s what you want to do, I’m simply wondering why the majority of us feel like we have to in order to feel good about ourselves.

And makeup is only the beginning of the list in ways we try to look and feel good- appearance wise. Fake tan, diets, dyeing our hair, waxing, bleaching, working out, microblading, face masks and more are all things we’ve somewhat been conditioned to want to do.

The cosmetic industry, which includes most of the above, was estimated to be worth 62.46 billion dollars in 2016. In 2002, it was 40.42 billion dollars. The increase in population, social media, and more available cosmetics can all be attributed to this growth.

Statistica writes, “consumers have been spending higher levels of disposable income on cosmetics than they had in the past.”

However, it could be that a new generation brought up being exposed to more media are striving to look the way models, actresses and very photoshopped women do. A report conducted by TABS Analytics found that millennial women (18-32) are “twice as likely to be heavy buyers and account for 47% of all heavy buyers.” And, an estimated 89% of women do not feel accurately represented in the media, like the Victoria’s Secret Fashion Show, according to Simply Be.

Self-care is a word that has inconspicuously slipped into our lives recently. Thanks to us.

“more millennials reported making personal improvement commitments than any generation before them. They spend twice as much as boomers on self-care essentials such as workout regimens, diet plans, life coaching, therapy, and apps to improve their personal well-being. They’ve even created self-care Twitter bots,” writes Christianna Silva in an article about self-care for NPR.

It makes sense, though. Right now, it’s easy to become exhausted just thinking about the world. We’re destroying the planet, racism is still alive and destructive, young people are facing vast amounts of debt and giraffes have now been listed as an endangered species. It can all get a bit much sometimes. Buying a face mask to relax after a long day helps keep mental health at bay.

Although it’s definitely not our generation that started relentless and unaffordable beauty trends. Cleopatra would dye her fingernails with henna, use rosewater as a cleanser and bathe in milk for soft skin.

Ancient Roman women were depicted as pale, flawless beings, according to History Today, “just as pictures of women in the fashion pages of today’s magazines are airbrushed and photoshopped, presenting us with women who bear little resemblance to ordinary people, a similar contrast existed between the representation of women in Roman art and their counterparts in real life.” Medieval women were to cover up any sign of a pimple, freckles or mole, as they were signs of a witch.

There has always been a confusing aspect to women and beauty standards. On the one hand, they’re enjoyable and fun and they do really make us feel good. Who doesn’t feel amazing after a spa day? However, it’s the pressure of needing to do all of those things to seem normal, professional and to be taken seriously. I don’t know of any studies or statistics about women going into interviews without makeup, but I can positively assume that it would be mentioned after she left the room. It could even hinder her chances of getting the job.

Our beauty regimes should be for us, and most of the time it is. I buy expensive skincare because I like it. I wear it because I want to look in the mirror and (for the most part) like what I see.

Personally, I feel like I’ve been conditioned into thinking that my face looks strange and tired without makeup, not because it is, but because of what I’ve been led to believe is a beautiful woman’s face through the expectations of men and thus, the media.

The average woman today, will end up spending about $300,000 on beauty products in her lifetime. With that, the pay gap and the pink tax, it makes me want to never buy any of it again.

Still, I want to buy nice face lotions, have Epsom salt baths and buy new dark lipsticks. I don’t want to feel as if I have to wear makeup because of how others might react and cause me to cry in a bathroom stall. The number of girls I know who claim, “I could never leave the house without makeup/my hair done/my nails done/my fake tan” breaks my heart.

It shouldn’t have to be a statement for a woman not to pluck her eyebrows, not get them microbladed (what is microblading?), not use fake tan, not straighten her hair and not wear foundation. I don’t want to be asked why I’m not wearing makeup or why I look tired. Do I ask you why you haven’t shaved your beard? We shouldn’t have to feel ashamed for walking around in our natural skin.