Santaphilia is a legit fetish and here's what you need to know about it. 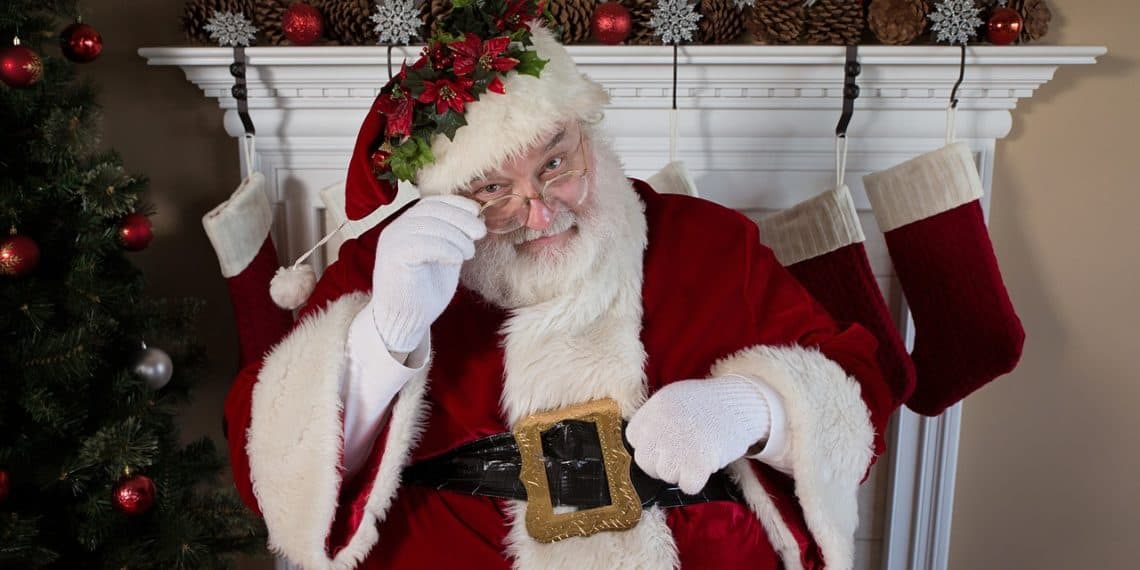 It’s the holidays and it’s time to bring light to a secret holiday kink- Santa.

Yes, it’s a real thing and it’s called Santaphilia. Santaphilia is defined as an unhealthy obsession for Santa Claus that turns fetish. But, here at NYGal we want to let you know that this is definitelynot unhealthy. Because, girl, everyone gets pleasure in different ways, so we support whatever makes you tingle; as long as it’s legal!

So, yeah, it’s ok if you want to be Santa’s favorite ho (ho ho)! And, it’s really quite common. I mean, Santa is totally sexy and we are here to tell you why…

He Wants You To Sit On His Lap

Ok, so this guy is asking you to sit on his lap and straight up tell him what you want. I mean, isn’t that every girl’s dream?

Because Santa is nice and plump, he has a nice big lap to sit on- totally comfy! And, I am sure that’s not the only thing that’s big…and no, I’m not talking about his sack of presents. Although, what a bonus!

Also, the fact that Santa is asking what you want insinuates that he wants to bring you pleasure. He isn’t looking for anything in return, which sometimes is the best Christmas gift a girl can ask for.

Santa has been around for, like, ever. And, it’s nice when you get an older man who knows what he’s doing. Also, he is extremely cultured. He has journeyed all over the world thousands of times and he’s not bragging like every guy on Bumble who notes in his bio that helovesto travel.

Feeling almost inadequate to this celestial being in bed could definitely get your motor running. And, being with Santa in the bedroom would be a challenge, for sure. I mean, you’d really have to step up your game to please this magical human being. He’s older, wiser, and definitely been around the block a few times. But, having to pull out your A-game can be fun and will have you doing things you never thought you would.

Also, being older with his white hair and beard definitely qualifies him as a silver fox…or, maybe more like a polar bear. Either way, yum!

Santa Claus has the ultimate control. I mean, he holds the reins. Literally. He is in charge of a whole workshop of elves that is creating toys for all the little boys and girls around the world. He also has a pretty good size team of reindeer, and I am sure that takes some prime management skills. Santa is a boss, yo!

But, most importantly he is in charge of the naughty and nice list, which even sounds hot. Like, who wouldn’t want to be punished by Santa for being bad? And, like how are you going to make it back onto his good side? There are so many opportunities for roleplay here with your sweetie if they’re down to dress in a red suit.

Earning rewards in the sheets is extremely satisfying. So, definitely play that up! Also, don’t forget the phrases “came down her chimney”, “riding on Santa’s sleigh”, “Santa’s little helpers” or “Santa’s big sack”; They’ll help you get your dirty talk on.

You Saw Mommy Kissing Him

You know Santa is a sexual being because of the fact that there is a whole song dedicated to how he was kissing Mommy. Not only is that super taboo because of the voyeurism and adulterous nature, but it’s also kind of fiery to see Mommy with a total stranger. A stranger who is widely renown. I mean, kissing Santa is like kissing a celebrity! But, better!

So, once you see Mommy do it, it makes total sense why you would be a little curious about kissing Santa yourself. I mean, the man is a legend. And, your mommy shouldn’t have all the fun!

Scientifically, red is the color of passion. It ignites a part of the brain dealing with sexual desire. People who dress in red appear more sexual and confident, making you more sexually attracted to their physical presence.

So, seeing Santa is his big red suit can definitely be a subconscious turn-on. And, you definitely shouldn’t be ashamed of wanting to see what’s underneath.

Ok, nothing is sexier than kindness and Santa seems like the kindest guy around! I mean, really, he goes out of his way to bring gifts and joy to children all around the globe. And, in every Christmas special he shows all the Scrooges of the world the true meaning of Christmas.

He also treats his workers with extreme kindness, he loves animals, and he’s a super hard worker. What more could you ask for in a mate?

Grow out Your Lucious Locks Naturally