The Teenage Slang You Need to Keep up to Date On 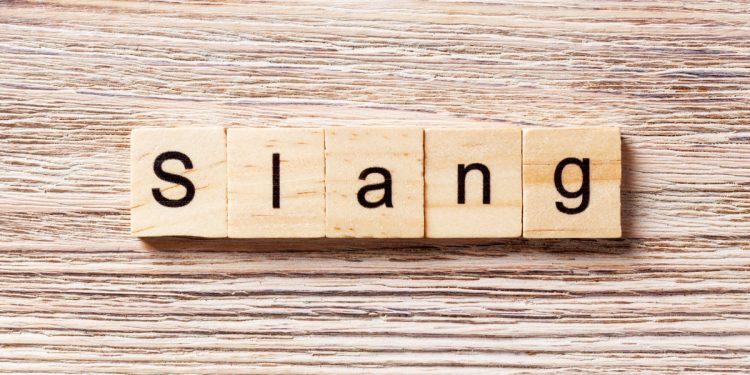 Though teenagers are constantly ostracized for using new slang terms, they actually fulfill a necessary part of linguistic innovation. While adults have a hard time making out what each new teenage slang term means, teens are adding to English vocabulary. Many slang terms become common use over time, making their way into dictionaries. Linguists agree that the use of slang, contrary to the opinions of many adults, is inevitable and beneficial to our language. So be prepared to get Ok Boomered, if you are one of the individuals who think new slang in unintelligent. But if you are looking to learn what all the kids are saying today, we have all the info you need to know.

If you didn’t figure out what a VSCO girl was back in 2019, do so now. VSCO is a photo editing and sharing app that is similar to instagram, but with more editing capabilities. And VSCO girls are the teenagers who have taken over. Their aesthetic is characterized by oversized t-shirts, scrunchies, and Hydroflasks. They look like a contemporary take on teens in the 80s.

This is the way VSCO girls laugh. Or rather, it is the way they demonstrate laughter. It is something the internet likes to make fun of VSCO girls for doing. There is decidedly mixed opinions on using sksksksk.

This phrase is usually said right before sksksksksksk. And I oop is supposed to convey surprise or shock from whoever is saying it. Though it has become a catchphrase in the VSCO girl community, the VSCO girls did not create and I oop. It originated with Jasmine Masters, a drag queen, in a video they released last year.

E Girls and E Boys are gen Z’s sub-genre of goth culture. They are similar to scene kids back in the day, but the E Girl/Boy aesthetic is much cuter. Along with a lot of black, they are into very pink makeup, and they like to draw little hearts under their eyes.

They are typically wearing a band t-shirt over another long sleeved t-shirt. This aesthetic draws inspiration from anime, internet culture, and prior goth aesthetics.

The soft girl is the antithesis of the e girl. Although the softboy is in no way related to the e boy or the soft girl. The softgirl aesthetic is comprised of pastels and lighter colors. It is a contemporary girly-girl. They represent traditional ideas of femininity, being delicate and pretty. Much like the e girl, the soft girl wears a lot of pink, but she wears pastel pink, whereas the e girl wears it in a brighter shade.

Tea was appropriated from gay culture and has made it into the mainstream vernacular. This term is not new to any of the teens out there, but it is a good one to know. Tea is the hot gossip, and you usually want your friends to spill the tea.

It can be anything from a recent hookup you had to someone getting divorced. When using the “tea” be respectful of its origins in the queer community. Also, be aware of the many terms that have been stolen from the queer vernacular.

Saying zaddy is for people with daddy issues who think saying daddy during sex is weird. Zaddy refers to an older man who is a hottie. He does not necessarily have to be a DILF (Dad I’d Like to Fuck) to be a zaddy. This teenage slang term is mainly reserved for men in their forties who have aged well.

A stan is a fan of something. The term comes from the Eminem song “Stan” about an overzealous fan. Although stan refers to the most extreme members of a fandom, it has slowly become a reference to anyone who strongly likes something. Stan can also be used as a verb; you could say “I stan Billie Eilish,” which just means you are a really big fan.

CD9 is a rebirth of slang that existed in the early 2000s. Back in the day kids would use the term code 9 to signal to their friends that parents were around. It was used for texting and communicating over the internet so that kids can stop their friends from sending inappropriate content while parents are around. Code 9 was brought back into popularity and shortened by gen z. Though this slang was made by the teenagers of yesteryear, it now belongs to gen z.

Cap is to lie, so no cap means no lie. This is usually used when telling a crazy story, when something unbelievable happens you say “no cap.” It is similar to how millennials used “for real” back in the 2000s.

The term no cap actually originated back in the 80s when people would say “high cap” instead of “no cap”, though they have the same meaning.

Please note that no cap was stolen from AAVE (African American Vernacular English) after being popularized by recent rap artists. A lot of contemporary slang is appropriated from African American culture, while the AAVE is condemned for being unintellectual.