12 People Confess Their Most Embarrassing Hookups 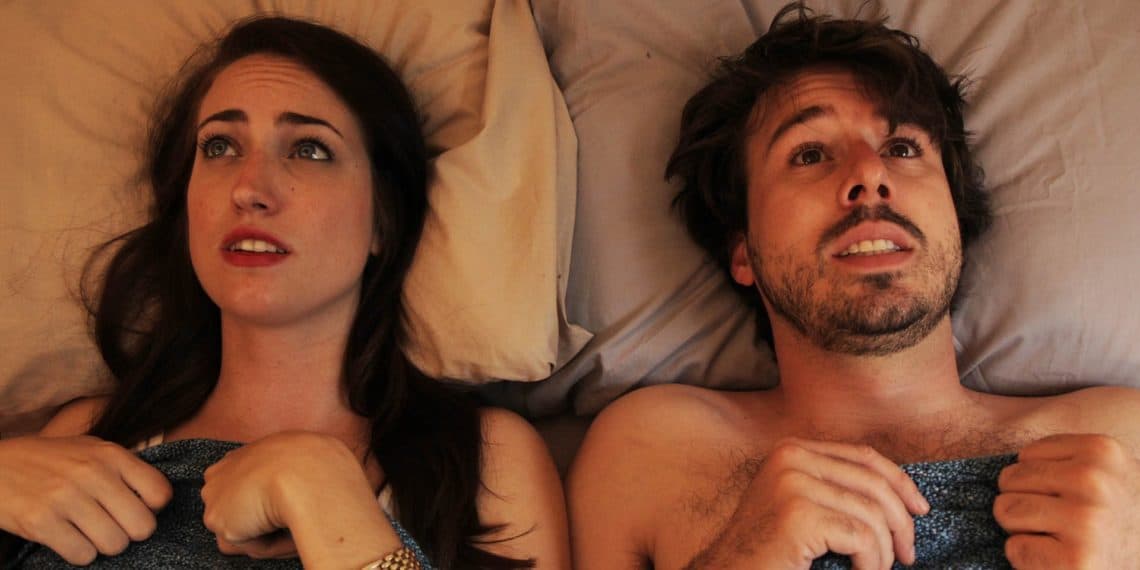 Everyone has had one of those dates that start out great but then somehow turns horribly wrong. Or, a hookup that was just cringe-worthy and definitely doesn’t warrant a text back.

And what we got is nothing but pure gold…

I went to my friend’s neighborhood dive bar. She was expecting a Hinge date and we had just struck up a conversation with this guy. He and I jokingly pretended to be a couple while she was on the date. My friend eventually left separate from her Hinge date (he was a creep) and I ended up taking the guy we met at the bar home with me.

As we started to get busy, I went to take off his pants and he stopped me and said, “maybe I should handle the pants.” I drunkenly slurred “haha, why?”

Listen, I’m all for fucking everyone. I just think dropping casually that you’re missing a leg during foreplay is a bit shocking.

Whatever, I still fucked him. I don’t really remember his dick, but I can’t ever forget about the leg.

My boyfriend, at the time, had just gotten a brand new car. I was drunk, and I ended up puking in the passenger door pocket when I tried to get out of the car on the side of the road… I felt so bad, it was awful!

I meet this lovely lady during an REI outdoor event in Orlando. I’m working the kayaks and she’s working at the desk. All weekend we had been checking each other out; our eyes burning into each other’s body. Turns out she works for Disney and has some free tickets. I say ‘yes’ and the date is made. I’m excited; A day with a Southern belle in daisy dukes who haunts my dreams.

Our journey begins with her sending me angry texts for not replying soon enough. Lady, I’m working with clients, relax. I smooth it over. But, doubt creeps in. I arrive, all smiles, she’s as beautiful as I dreamed…Until we step into our first Disney line… For SIX HOURS she complains about everything. First the lines, then the clouds, then the sunshine, then the rain.

I try to dance in the rain, kiss her sweetly on the cheek, take goofy photos under the castle at the Magic Kingdom. Jokes are told, food and wine are consumed. Nothing can bring any positivity to this woman. After a miserable day with a lot of “uh huh” and “that is terrible” responses, I was happy to just watch her walk away, in those daisy dukes.

No beauty is worth the misery of being unhappy. Afterward, a few texts were exchanged but I made an effort to keep it short. If I see her again, I’ll just admire from afar.

My funniest dating/hookup story happened with my current boyfriend. We hit it off at a mutual friend’s wedding where I kept buying him (and myself) drinks. We were then cockblocked by the bride, my brother, AND his friend. The next day he messaged me and I decided I’d go to his place in a couple days to finish the job! Been together ever since!

I was once seeing this guy who always answered my question with the exact same question like, I’d ask, “are you hungry?” And he’d say, “are YOU hungry?”

One day I got out of work and told him I didn’t want to hang out, so I went home. We were still texting like normal and the next thing I know he walks into my house and asks me if I want to go to his friend’s house. I was so uncomfortable, so I just gave him the cold shoulder until he left. Once he did, he texted me and said, “I should probably stop talking to you, huh?” I told him “yup, probably.”

The night was fun, everyone was getting pretty drunk, and it was starting to get to the point where people were “pairing off” for the night. It wasn’t looking very likely for me to find a bed to share for the night and I was still rather drunk. So, I found a canoe near the fire where we had placed a ton of pillows and life jackets in to make a couch out of.

I was laying there, dealing with the spins, when this girl landed on top of me. I couldn’t remember her name, I couldn’t even remember talking to her. But, she was rather attractive….at the time. And, well….drunk thoughts and drunk actions combined. Her breath smelled like Captains and Coke. Mine had the smell of tequila. And, the canoe smelled of old moldy life jackets.

It was too cold to be naked so we had this awkward shirts and socks on sex. We kept stumbling every position we tried. When we finally figured out a position. She threw up everywhere. All over the canoe, myself, and my pants next to us. I threw up seconds later, but away from her. She ended up falling asleep in the canoe like three mins later and I barely made it five feet from it before I passed out.

The next morning before everyone woke up. I helped her to a shower. I jumped in the lake to clean off. I didn’t see her for the rest of the time at the lake house. When all 80 of us returned to camp, dealing with hangovers, I saw her again. She stepped out on the training stage and introduced herself. She was the camp director’s daughter. And, she was to be my supervisor. We said probably two sentences between each other the entire summer. I was awarded ‘Best Counselor’ of the summer at the end of the 10 weeks of summer camp, but I was not asked back the next year.

Back when I was 28 or 29 and growing up in a small town where everyone knows everyone, I was dating my late husband, we had his boat on the beach next to the pier where EVERYONE would stop to talk to us. During one of these visits my husband yelled up to a friend, “Hey, Eddie, she’s an 11″…which means a super hot chick who was rated a 10 + 1 for ‘swallowing’. I nearly died!

One time while 69ing with a lady I apparently did such a good job that she sat up and began to ride my face turning it into more of a 68. She didn’t realize that this caused her bum to occasionally go onto my tongue. I’m not one for licking people’s scrum, but I just went with it and carried on. Makes me laugh to this day.

So, definitely, the worst date I ever had was actually a date that I had with two people. The three of us went to a local Chinese restaurant. Unfortunately, for us, it was karaoke night. This wouldn’t be a terrible time except that it meant that a ton of people we really didn’t want to see from high school were also there! Super awkward because it’s definitely difficult to explain being on a “” date to old high school acquaintances.

To make it worse one of the people we bumped into had a few too many drinks and ended up getting a little too touchy-feely which made the whole scene very weird. Needless to say the date and “” ended very quickly.

My funniest date was actually the second date I went on with my husband! He had a cold but it wasn’t too bad at dinner! After he asked if I wanted to go someplace else and I said ‘sure’, thinking we would head to a bar nearby for some drinks or something!

NOPE! We went to Walmart and he got some new jeans I ended up looking through discount bin DVDs and laughing at him while he tried on pants. We’ve been together for five years now though and he still makes me laugh!

Right out of college, I had moved out-of-state and was down to meet some new people. We met on OKCupid and had an awesome back-and-forth. When we finally met up at a pub, he had us get a seat outside, on the hottest day of the year.

The entire time I was sweating, both from nerves and because the sun felt like it was approximately two feet away. When I got up to use the bathroom my skirt was stuck to my butt, from the sweat, and the hot metal chair left markings on my thighs. None of which could be covered up.

The rest of the date, he proceeded to quote Family Guy, brag about how he got a salad while I got a burger, and kissed tongue first. It was a nightmare.