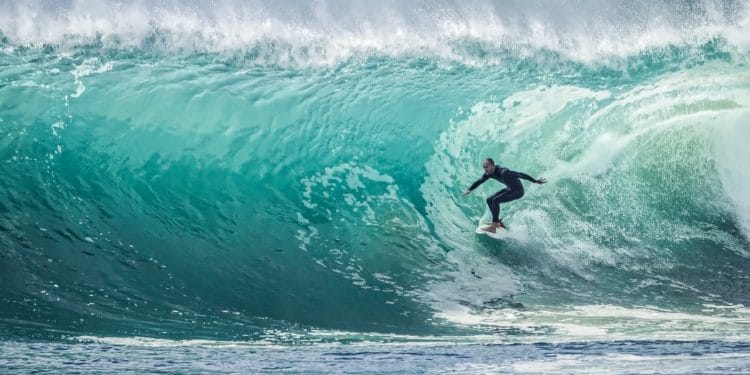 Everyone loves a great surfing movies…well, unless you’re terrified of sharks. We all know how Jaws affected a lot of us as kids! But, try to get over that fear in order to check out these awesome surfer movies, perfect to ring out the summer with!

The movies on this list are the ones that we picked out just for you. They include some of your favorite celebrities. Plus, you’ll get to see some of the most beautiful blue waves the world has to offer, while observing the exciting sport of surfing. Get your popcorn ready!

Check out our favorite surfing movies:

This biographical drama really hits the heartstrings…HARD. So, get ready with those tissues. The surfing film is based on the true story of Bethany Hamilton and her recovery after being attacked by a shark while surfing. She loses an arm in the incident, but the story does not end sadly. The audience gets to see Bethany overcome her physical disability and continue her passion of surfing. Definitely an inspirational watch!

Get ready for this Kate Bosworth throwback! Blue Crush is one of our all-time favorite surfing films. Why? Because this sports film follows the painstaking story of Anne Marie, a young girl raising her sister after her mother took off to Las Vegas. Anne Marie is asked to join a surf competition and she works hard to get the eyes of sponsors so that her and her sister can live a better life. The story even has a little romance thrown in, so we know you’re going to love it!

This intense thriller of a surfing movie is one you can’t miss. The Perfect Wave follows the character of Ian as he fights for survival after he is stung by a deadly species of jellyfish and has to make his way to shore. Once there he struggles to stay alive on the isolated piece of land. This movie will have you rooting for Ian to keep his eyes open.

A Deeper Shade of Blue

A Deeper Shade of Blue is a documentary directed by Jack McCoy. It’s not your classic surf movie by any means. Rather, it’s a story about the origin of culture of surf. It touches on ancient lore, the craftsmanship of surfboards throughout time, and how surfing can be somewhat meditative to people. If you want to understand why people surf, then this is the surfing movie for you.

If you were a Disney kid, then you definitely caught the Disney channel original movie, Johnny Tsunami. This TV-film was released in 1999 and told the story of Johnny, a young surfer located in Hawaii who is being forced to move from his home to the mountains of Vermont because of his father’s job. Johnny adapts to the mountains and learns to snowboard, continuing his passion of sports.

Chasing Mavericks is a 2012 surfing movie that we are still obsessed with. And, it’s probably just because we see Gerard Butler surfing throughout the film. This coming-of-age film stars Johnny Weston as a young 15-year-old boy that hears a legend of a big wave that happens to be near his home in California. He asks the help of Butler’s character, a surf-legend, to ride the wave.

Bustin’ Down the Door

This documentary film discusses the rise of professional surfers in the early-70s. The film focuses on a group of young surfers from both Austrailia and South Africa as they make their way to Hawaii. As an audience, we get to witness their trials and errors, and some massive swells!

Another documentary surfing movie, Step into Liquid, takes place all over the globe! So, audiences are invited to see the surf environments of many different places. The sport of surf tends to be male-dominated, but this film explores how more women are being accepted in the field…or should we say on the ocean.

Drift, directed by Morgain O’Neill and Ben Nott, released in 2013, follows the story of two Australian brothers. These brothers decide to start a business comprised of custom surfing equipment and attire instead of following their former path of petty crime.