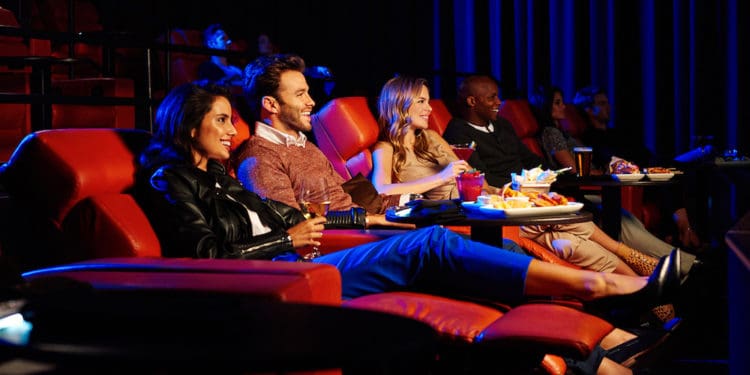 The summer is always a great season for hanging out at the movie theater, especially since it can be scorching hot outside. Rather than spending time at the park or beach, grab a friend and purchase a movie ticket because this will be one of the best summers for going to the movies as some of the top films will be released.

New York has a handful of movie theaters you can go to this summer, all the way from the Court Street Stadium Theater in Brooklyn, the AMC on 84th Street in the Upper East Side, the Magic Johnson Theater in Harlem, the Kaufman Astoria Cinema in Queens, and the Concourse Plaza Multiplex Cinema.

Here is a list of NYgal’s must-see films for the summer:

Life of the Party

Melissa McCarthy is starring in another self written comedy called Life of the Party. McCarthy is playing the role of a housewife who gets dumped by her husband and decides to go to college. Although she wants to attend college, she wants to be a party girl as well and ends up at her daughter’s school. This film will make it to the big screen on May 11.

Solo: A Star Wars Story will be released on May 25, which has Star Wars and Donald Glover fans screaming with excitement at the top of their lungs.

Solo: A Star Wars Story, is a prequel about young Han Solo’s journey into entering the force. This tale includes how Hans met his co-pilot Chewbacca as well as encountering the notorious gambler Lando Calrissian, which is portrayed by Glover.

Sorry To Bother You

Lakeith Stanfield will starr in Sorry To Bother You, which comes out on July 6. The premise is about a young telemarketer named Cassius Green who discovers the magical key to success. The journey leads him into a shocking new universe.

Sorry To Bother You also features Tessa Thompson, Omari Hardwick, Danny Glover, and a couple of other well-known faces.

On June 8, Ocean’s 8 will be hitting the big screen, which includes an incredible cast. Rihanna, Sandra Bullock, Anne Hathaway, Sarah Paulson, Mindy Kaling and so many other amazing women will be featured in this film.

Ocean’s 8’s is about one of pop culture’s greatest bank heists of all time as eight smart women team up to rob a bank. Of course, the women playing the robbers are Rihanna, Sandra Bullock, Anne Hathaway, Mindy Kaling, and others.

Incredibles 2 will be in theaters on June 14, which will bring you a little nostalgia. The first film came out in 2004 and was incredibly popular. The children who loved that movie back then are now adults who will definitely stop by for the film’s opening night.

This film will also be fun to see, because they’re picking up exactly where they left off 14 years ago. Nothing’s changed without us knowing about it, which makes the film a must see.

If you want to see another superhero film, Deadpool 2 will stream in theaters on May 18. The film is the eleventh installment in the X-Men film series, and obviously the sequel to Deadpool, which was released in 2016.

Jurassic World 2 is the summer thriller that everyone is waiting for. This movie hits theaters on June 22nd and of course you can see it in 3D and IMAX.

Although Avengers Afinity War made it to the big screen on April 27, it’s been at the top of the charts as the film has passed The Fate of the Furious at the global box office. This movie is pretty exciting to watch because you know can expect the fight with Thanos to be a good one. I won’t say too much, because I finally got a chance to see the film without any spoilers and thought it was dope. I don’t want to mess it up for anyone however, I also felt like I was watching it for more than 24 hours. The movie was 2 hours and 45 minutes long.

Cyberbullying? the First Lady Is on a Mission