From annoying to hilarious 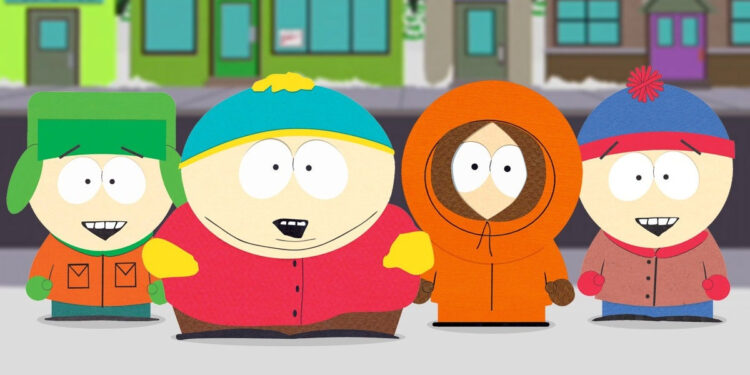 The first episode of South Park aired in August of 1997 on comedy central. Even if you did not watch the show you could recognize South Park Characters. This adult cartoon has always had mixed reviews. Some love the twisted comedy of this show. Others, however, find its apparent goal to offend upsetting. The show was created by Trey Parker and Matt Stone. This satirical comedy has many famous characters. But not all of them are as fun to watch as others. Here is a definitive ranking from worst to best of 9 of the most iconic South Park characters.

Some Of The Worst South Park Characters

The problem with some South Park Characters is that they are just flat-out annoying to watch on screen. Sometimes they even ruin otherwise good episodes. It’s safe to say that Mr. Hankey, Towelie, and Pip are some of the worst characters on the show.

Mr. Hankey is quite literally a talking piece of poop. This South Park character is in all of the Christmas specials of the show. Sometimes he spreads Christmas cheer, while other times he strikes fear into viewers. He was actually funny in his first appearance all things considered. But many viewers agree that his appearances since then have been less than enjoyable to put it kindly. His bits go on too long and become repetitive and annoying to watch.

Towelie is an anthropomorphic towel that just loves smoking weed. This South Park character was hated by many when first introduced including the main characters of the show. He makes several towel puns and is always smoking or talking about smoking. This character is undoubtedly creative, but that does not make him any less annoying to watch.

Pip was quite possibly the most annoying South Park character to ever exist. This might be why his run on the show was so short-lived. In season four of the show, there was an episode solely centered around this upsetting British child from South Park Elementary. Most fans agree that when rewatching the show, this episode is absolutely getting skipped.

South Park Characters That Are Mid-tier

To be fair, mid-tier South Park characters are still entertaining to watch. This list includes three of the main characters after all! While they are still fun, they just lack that extra something that pushes them to the top.

Stan Marsh is voiced by one of the creators, Trey Parker. This South Park character is kind to everyone. He gets anxious around girls that he likes. Stan Marsh cares a lot about his friends, family, and animals. While he is a wonderful guy he can often blend into the background. Compared to other characters he just is not that exciting to watch.

Kenny McCormick has three siblings and two parents who are shown to fight with each other all the time. His entire gag is that he dies in pretty much every episode. It is a super funny bit, but not quite enough to get this South Park character to a top-tier ranking.

Eric Cartman is mid-tier, hate to say it. Obviously, he is very entertaining to watch, but that just is not enough. Fans love to hate this South Park character. Despite being best friends with the other leads, he is often the antagonist of the show. He’s offensive and probably the most well-known character, but that does not make him the best.

The best South Park characters are entertaining and just so fun to watch. Butters, Kyle, and Randy are fan favorites through and through.

Butters Stotch has suffered a lot on this show. From his parents hating him to being bullied at school, he has been through the wringer. This South Park character replaced Kenny on the show for a while. Butters is so innocent which creates a hilarious contrast between him and the other South Park characters.

Kyle Broflovski is essentially the hero of South Park. He cares a lot about others and always tries to fix things. Kyle is the moral compass of the group for better or for worse. His best friend is Stan. Kyle is very sensitive and very smart which helps the main cast out a lot.

Randy Marsh is the father of Stan Marsh and a really funny South Park character. He is far from a perfect father or role model, but that does not stop him from being hilarious. Randy creates a lot of the plotlines for the later seasons of the show due to his idiocy. The creators of the show realized how popular he was with fans and have given him a bigger role in the comedic show.

Why Brie Larson Loved Being On the TV Show Community
How to Pick the Best Tv Series to Watch? (the Ultimate Guide)
Kelly Kapowski: Unforgettable Hottie of 90’s TV Show Saved By The Bell
Videl: Who Is She And Why Is She Great?
Michaela Conlin: From Childhood to Bones, Check Out Her Amazing Transformation