Books with characters we love 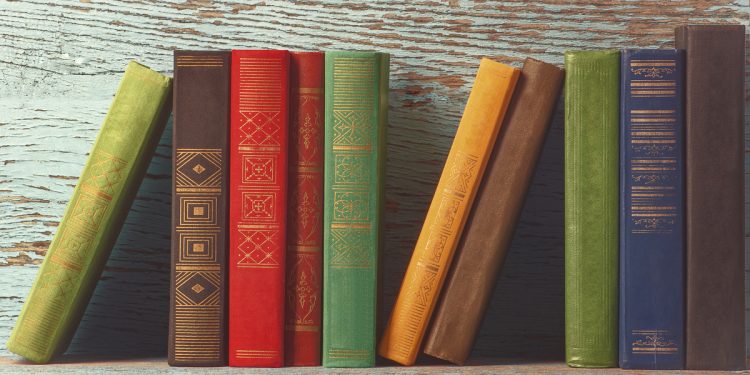 Literature is full of amazing characters. They can transport you through time and space to have amazing adventures. Protagonists and antagonists that shape the literature we love have a special place in our hearts. Maybe you love your favorite book character because you see yourself in them, or maybe you love them because they are completely different than you. Good writing can turn some of the worst villains into some of your favorite literary heroes.

Books create amazing stories by shaping their characters. After all, without characters all we would have is an elegantly described setting. The heroes in literature shape our lives and our passions. Here are some of our favorite books with some of the best characters.

Mary Shelley is her own kind of hero. She invented science fiction when she was a teenager, spent her life carrying around the calcified heart of her dead husband, and allegedly lost her virginity on her mother’s grave. Mary Shelley was not a badass so that her characters could be misrepresented in the future. Anyone who’s read the book knows the true hero of the story is the monster. This is a beautiful tale of oppression, and how societal neglect shapes a person during their lifetime. The monster is one of the most empathetic characters in literature, and that is why we love him.

The Handmaid’s Tale by Margaret Atwood

Who doesn’t love The Handmaid’s Tale? And if you only know this work through the tv series, now is your time to go read the book. Offred is a strong female protagonist stuck in an excessively male-dominated culture. The book parallels the Afghan Revolution, which took place at the same time, and has similar oppressive rules for women. Atwood shows that any of us could be Offred, and that our society has the same sexist roots that cause events such as the Salem Witch Trials. Offred is a strong female protagonist who we absolutely love.

Antiheroes can be just as amazing as more stereotypical heroes. Sure Macbeth kills a bunch of people through his quest to be king, but his motivations also make him an interesting character. His truest fault is being a simp who will do whatever Lady Macbeth says. He is both villainous and sympathetic. We love him because we hate him. Plus this is a classic work, that everyone should read or see.

Almost all of Stephen King’s books are basically about the same thing: there is one or more oppressed characters, and their societal oppression manifests through something supernatural. While this is a recurring theme in King’s work, Carrie does this better than any other. Sure she goes on a rampant killing spree, but we also kind of support that. Carrie was severely bullied to a point where she snapped. Even though she kills tons of people, we can’t help but loving Carrie.

To Kill a Mockingbird by Harper Lee

Although Harper Lee’s sequel, Go Set a Watchman, sets Atticus Finch in a very different light, he is still considered one of the most notable literary heroes. He uses his position and intelligence to stand up against racism, even risking his own safety to do so. Despite outside pressures and a deep culture of racism, he does what is right because he knows he should.

Catcher in the Rye by J.D. Salinger

Holden Caulfield is a highly controversial in terms of a literary hero. Some people love him, some people absolutely hate him. But Holden Caulfield represents youth and teenage angst. He represents the anxieties all of us feel when we are young and lost. It doesn’t matter if you love him or hate him, he is an impactful characters who touched many people. J. D. Salinger shows that a hero doesn’t have to fit into the traditional idea of heroism.

The Bell Jar by Sylvia Plath

Sylvia Plath beautifully tackles mental health and gender in this novel. The semi-autobiographical protagonist, Esther Greenwood, struggles with her slowly deteriorating mental health as she goes in and out of mental institutes. She struggles with suicide, hallucinations, and more. Though Esther would not be considered your typical literary hero, we love her anyway. She perseveres through all her troubles, and demonstrates how it is possible to cope with mental illness.

The Neapolitan Series by Elena Ferrante

The Neapolitan Series is a story that truly embodies a life. It follows two best friends over several decades as they grow up, get married, get jobs, and live their lives. The two main characters, Elena and Lena, are both strong women who make it out of difficult circumstances. They are both nuanced characters who exemplify power and strength. These two are some of the best literary heroes, who live within the real world and set realistic examples.

The Ultimate Recap of This is Us Seasons