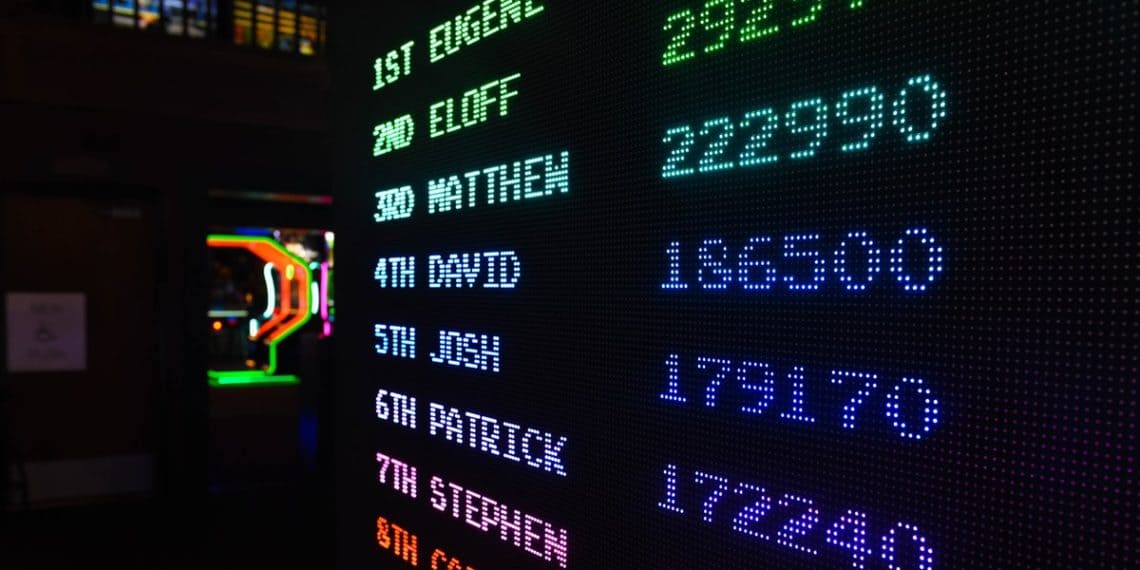 Surprisingly, video game arcades are still a thing , and NYC has some bomb arcades to explore. The golden age of video arcade games happened between the years 1978-1984. (Bummer, before my time.) With the rise of online gaming, apps, and consoles, video game arcades gradually have become a dying breed.

However, some people like an excuse to get off the couch. If you have mad PAC-Man or Super Nintendo nostalgia, then this list of NYC arcades if for you! You’ll feel like one of the Stranger Things gang and will love every moment of it.

Modern Pinball NYC is both an arcade and a museum. This place is a must for pinball enthusiasts who like to play or might be intrigued by some genuine relics of gaming history. It was co-founded by Steve Epstein, former Broadway Arcade owner and pinball champion, Steve Zahler.

They have 30-35 machines, both historic and new from 1970-2013. For a one-hour admission for $25.00, you can play any game, unlimited. You can also leave the building and still resume your allotted gaming time, which is nice. People enjoy playing Star Trek, KISS, and The Game of Thrones games. I would elect to play The Adams Family (childhood memories).

Two-Bits Retro Arcade is a guaranteed good time when you’re chilling in the LES. This arcade is like a more intimate and generally less crowded version of Barcade. It’s 0.25 cents a play. You and your date or your friends can load up on 10 bucks of quarters and play video classics like Terminator 2 Judgement Day or pinball some Lord of the Rings or Doctor Who (heck yeah). Some of you might be jazzed about oldies like Popeye Table Top or newer games like Big Buck Hunter.

And, the best part is you can play Frogger while sipping a 40 ounce, which is kind of unreal. Monday is malt liquor night and Friday is Wine-o. They have a great happy hour, which includes cans, shots, and sake bombs. Also, we’re here for punk rock music. Ultimately, the name says it all “retro,” you’ll only appreciate this bygone era more.

See Also: Scream for Your World Cup Team at These 11 Nyc Bars

Chinatown Fair has been around for ages. Their claim to fame was once their Tic-Tac-Toe Chicken, which has become a relic of the past. But if you ever want a visual, check out the movie with Robert DeNiro and Meryl Streep, Falling in Love (1984). There’s a classic scene of the actors at the arcade and in Chinatown.

90s babies will enjoy all the feels. They have a decent amount of basketball and shooter games. Not to mention, who doesn’t miss Skee-ball? This NYC arcade’s biggest selling feature is their immersive games like Guitar Hero, Walking Dead, and DDR (Dance, Dance, Revolution). This place has no coins. Players are given a playing card to keep track of credits and tickets earned. The only downside is this NYC arcade is a bit more expensive with single games costing $1.75. But on the plus side, you can get some mean grub in Chinatown or Little Italy after working up a carpal tunnel sweat.  See our article for things to do in Little Italy.

4. Jump into the Light

Welcome to the future, virtual reality is the new NYC arcade game experience. If you have never experienced VR, it can be a little intense. Jump into the Light’s staff will assist and help with the transition. This place is super in demand and requires a reservation. An all-day pass is 40 bucks and well worth it and on weekdays it’s ten less. You can enter the Matrix or enjoy a VR roller coaster and so much more!

Barcade is the original arcade bar. They have eight spots in New York, New Jersey, Connecticut, California, and Pennsylvania. The Barcade in Williamsburg is super chill for those of you Brooklynites. Firstly, this a place to hang out in a fun atmosphere with a fun beer and tap selection. They have a good selection of classic games like Crazy Taxi, TMNT, and Galaga. Most games are one token or are 0.25 cents. Getting food should be a must. Consider ordering a beat burger with an exclusive beer like their Harpoon Siracha Blonde (spicy).

Dave & Buster’s is a god sent in the middle of Times Square. This NYC arcade is a sports bar chain, great for the after-work happy hour and some game time to decompress from the workload. They have great prizes and a new food and play combo for $18.99. There is bowling, DDR, and virtual reality games like Men In Black. ( Tubular.)

Bowlmor Lanes has a location in Times Square and Chelsea Piers. They have bowling and billiards, along with a state of the art arcade. Wednesdays are their 50% off all arcade games day. They also have booze. We recommend splitting a fishbowl.

Only in Brooklyn, this NYC arcade as the title implies, is in fact an actual laundromat. Located in Greenpoint, at Sunshine Laundromat, you can do a double load for $2.75 and dryers are five minutes for a quarter. They have 20 machines and a fortune-telling monkey (sick). Games are 0. 75 cents to play and beers from the bar range for $5-7. They close at 4 AM. Don’t forget your quarters.

This NYC arcade is a two for one. 7B/Vazacs Horseshoe Bar aka Vazacs is located in alphabet city. 7B is the name of the arcade where you will find vintage classics, a photo booth, and a full bar. The joint has been featured in many films like The Godfather Part II, Sex and The City, and Rent. Hop on over to the Horseshoe to see their lunchbox collection and throwback some PBRs.

Next Level is a hole in the wall but attracts international crowds for its fighting tournaments. They have tabletop and video arcade games. Ten bucks will get you all-day access play. Get your nerd on. They have a renowned collection of trading cards too.

13 Best Nyc Thrift and Vintage Stores You Have to See